Trump says he has nothing to hide. The Dems show no signs of throwing in the towel. Do American voters still care? 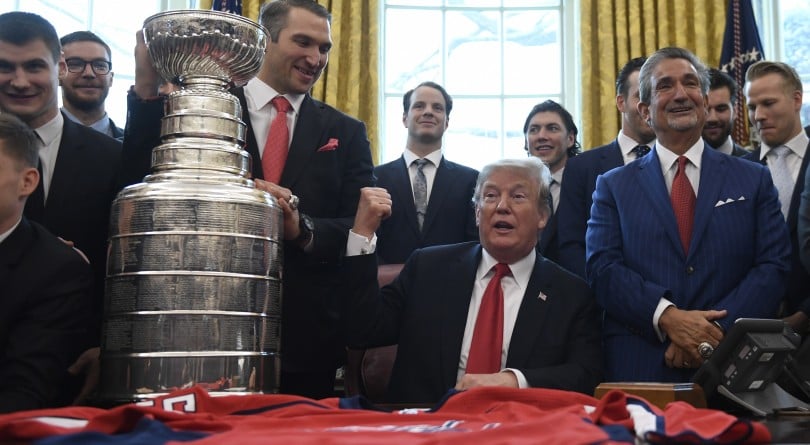 A Newfoundlander might reckon that the arse is out of Democrats’ dream of putting Donald Trump in prison, but Congressional Dems pushed back Monday against the president’s substantial exculpation by Special Counsel Robert Mueller and vowed to fight on until ultimate defeat or the end of time, whichever comes first.

“We’ve still got Trump in the White House,” freshman Representative Katie Hill of Southern California told a Maclean’s correspondent in the U.S. Capitol early on a vengeful, vindictive day, summarizing her party’s determination not to take Mueller’s no for an answer. “The nightmare’s not over till he’s gone.”

And Hill is one of her party’s moderates—a woman who, when the president’s forked-tongue lawyer, Michael Cohen, came to testify to the House Oversight Committee in February, made a point of declaring herself a bipartisan dealmaker, not an extreme ideologue. So much for the era of good feelings.

On Sunday, the erect and expressionless Mueller concluded—after 22 months of perfect, excruciating secrecy and 25 million American dollars of expenditure—that there was not enough physical evidence to prove that Candidate Trump had conspired with Muscovite moles to rig the 2016 election in The Donald’s favour, and left it to Attorney General William Barr to decide the prickly matter of whether Trump had indictable “criminal intent” when he cashiered FBI Director James Comey.

In rapid succession, the rounder, Trump-shaped Barr—a rare administration appointee who has not yet been fired—said nix to criminal obstruction, Trump claimed “Complete and Total EXONERATION,” Democrats railed yet again against their 21st-century Nixon, the president texted supporters that “NOW WE FIGHT,” and, in a typically reactive outburst, one Democratic member told Maclean’s that “he will find us quite up to the fight. Remember, we just got a mandate, too.”

This was Rep. Gerry Connolly of Virginia, hardly a Bolshevik when compared to the younger, “impeach the brother-trucker” members of his party’s left-most flank, but kindred with them in his call for the entire Mueller report to be publicly released and for Atty. Gen. Barr to come to Congress so that the Democrats can try to impeach him, too.

(Republicans also called for Barr to explain himself in open session. But they would be wise to beware—Canadians know what can happen to a governing party when an attorney general speaks her or his piece.)

Meanwhile, much of Nebraska was drowning in floodwaters, Central American migrants by the thousands were crossing the Rio Grande into Texas every night, farmers were staggering under Trump’s punitive tariffs and gasoline prices across the country were rocketing back toward the dreaded altitude of three bucks a gallon. (At least there was some good news in Washington—the female panda at the National Zoo may be pregnant.)

“Does all this endless Mueller-Trump-collusion-obstruction noise mean anything to the average American?” Rep. Connolly was asked.

“But is it a big deal for the average American? Probably not.”

Downstairs in the Capitol Visitor Center—crammed with average Americans at cherry-blossom season—a reporter found not a single tourist who was eager for Congress to continue the inquisition. But neither did anyone predict that the partisan battles over Donald Trump’s legitimacy will end in his lifetime, or theirs.

“It’s not over,” predicted a woman from Georgia. “It will never be over until they spend another forty million dollars.”

“Twenty-five million,” the lady was corrected.

The only person who seemed to glimpse closure was President Trump himself, telling pool reporters at the White House that Counsel Mueller had acted “honourably,” that releasing the full report “wouldn’t bother me at all,” and that:

“We’ve been through a period, we’ve had very bad things happen and those people are certainly to be looked at. I’ve been looking at for a long time and I’m saying, ‘why haven’t they been looked at?’ They lied to Congress, and many of them you know who they are. They’ve done so many evil things. I will tell you I love this country, I love this country as much as I can love anything: my family, my country, my God. But what they did—it was a false narrative, it was a terrible thing. We can never let this happen to another president again. I can tell you that. I say it very strongly. Very few people I know could have handled it. We can never ever let this happen to another president again.”

(Asked if was planning to pardon any of the men whom Mr. Mueller’s gumshoes did convict, Trump’s straight-faced answer was, “Haven’t thought of it.”)

Democratic contestants to become that other president in 2021 were unanimous in their reactions:

“The Mueller report must be made public. All of it,” cried Sen. Kirsten Gillibrand of New York on Monday, speaking in front of the Trump International Hotel in Manhattan, which she called “a shrine to greed, division and vanity.”

“The Trump Administration shouldn’t get to lock up Robert Mueller’s report and throw away the key,” tweeted Sen. Cory Booker of New Jersey.

“Americans deserve to know the truth now that the Mueller report is complete,” typed Sen. Kamala Harris of California. “The report must be released immediately and AG Barr must publicly testify under oath about the investigation’s findings. We need total transparency here.”

By noon on Monday, these hopefuls had found an unlikely ally in Sen. Lindsey Graham, Republican of South Carolina and the chairman of the Senate Judiciary Committee. Graham, who had golfed with the steely president in Florida on Sunday and then flew northward with the ebullient Trump after the release of Mueller’s condensed conclusions, told reporters that he would be calling Attorney General Barr to unveil all or much or most of the Mueller file as soon as possible.

And when that is done, Graham vowed, “we will begin to unpack the other side of the story”—namely, the FBI’s half-arsed investigation of Hillary Clinton, her infamous emails, and how they wound up, the senator said, “in the hands of Anthony Weiner.” (Mr. Weiner is the disgraced former Congressman—and husband of Mrs. Clinton’s closest aide—whose hands were usually busy with something else.)

The nation may be shook by Donald Trump being found not guilty of canoodling with the Kremlin, Sen. Graham said, but he had known all along that there was nothing to the charges.

“I told Trump two years ago, ‘If you did it, that’s it for me and you,’” the Carolinian related. Faced with the loss of a golf partner he always beats, the president ducked the rap.

And now, said Lindsey Graham as the battle began anew, “To those wanting an outcome of removing Trump, you’ve got to be disappointed. But if you’re happy that your president was cleared of everything, you’re a good American.”