Bernie Sanders vowing to break up big banks if elected 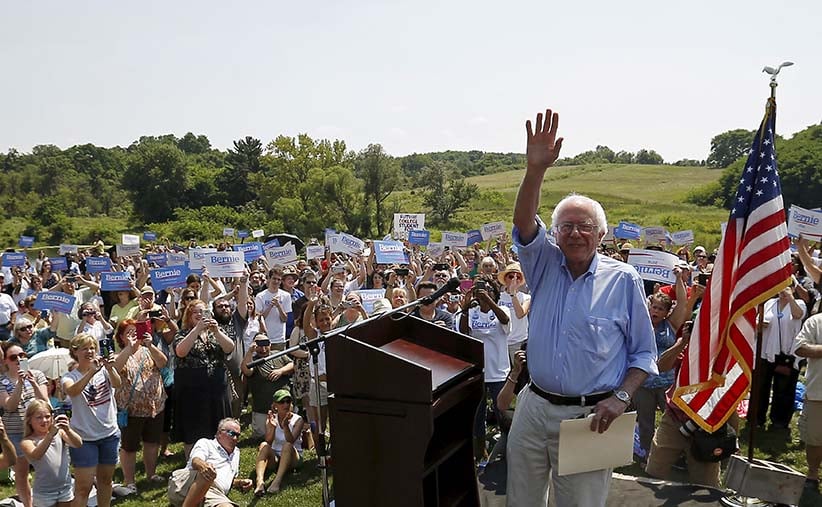 WASHINGTON — Democratic presidential candidate Bernie Sanders will pledge to break up the country’s largest financial institutions within the first year of his administration should he win the White House next November. He plans to make that pledge in a speech in New York on Tuesday afternoon.

In a rare policy address detailing his financial regulation plans, Sanders will vow to create a “too-big-to-fail” list of companies within the first 100 days of his administration whose failure would pose a grave risk to the U.S. economy without a taxpayer bailout, according to aides familiar with his plans. He would force the banks and insurance companies to reorganize within a year.

“Greed is not good,” Sanders plans to say, according to excerpts of his remarks. “And, here is a New Year’s Resolution that we will keep: If you do not end your greed, we will end it for you.”

Sanders has made regulating Wall Street a focus of his insurgent primary bid, questioning whether front-runner Hillary Clinton would crack down on what he sees as financial sector excesses. Clinton and her husband, former President Bill Clinton, have made tens of millions in speaking fees from addresses to Wall Street banks, insurance companies and other financial firms.

She also opposes reinstating the Depression-era Glass-Steagall Act, which effectively limited the size of financial companies by prohibiting commercial banks from engaging in investment banking activities. Sanders would re-establish the law, initially repealed during the Clinton administration.

Clinton’s campaign tried to pre-empt Sanders speech on Monday afternoon, putting out a statement from a top aide arguing that Clinton’s financial regulation proposals would do more to crack down on industry abuses.

“In his speech tomorrow, Sen. Sanders should go beyond his existing plans for reforming Wall Street and endorse Hillary Clinton’s tough, comprehensive proposals to rein in risky behaviour within the shadow banking sector,” said the statement from Gary Gensler, a top campaign finance official and former chair of the Commodity Futures Trading Commission.