The outspoken TV show host on how Donald Trump happened, and how the left can come to grips with losing 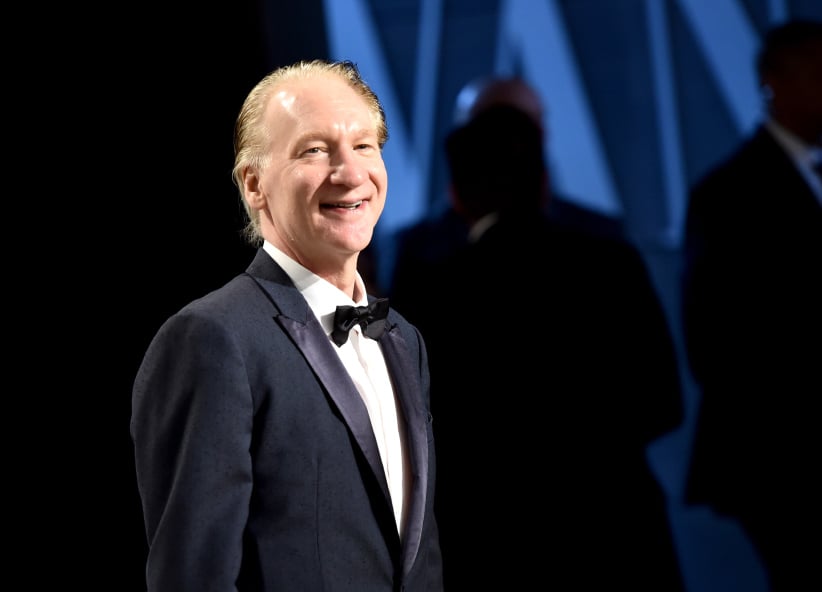 He’s “one of America’s boldest, bravest, baddest truth tellers,” rhapsodized Van Jones. “The great observer of American life and politics,” said Fareed Zakaria. Bill Maher’s show, Real Time With Bill Maher, has been on the air for 15 seasons, and remains lively and hilarious.

The rise of President Donald Trump has sent the acerbic satirist on a hot streak and he’s even been sued by Trump; Real Time is getting record ratings, in both America and Canada. Elsewhere, the 61-year-old performs dozens of stand-up comedy sets yearly across America, and his 2008 documentary Religulous was a bracing hit. Real Time‘s compelling guests have included Canadian politicians like Kim Campbell and Chrystia Freeland.

In a conversation with Maclean’s, Bill Maher discussed what American liberals need to do, the Republican Party’s guilt, Ivanka Trump’s special White House office, and why Chris Rock and Larry David are old ladies. This conversation has been condensed and edited.

Q: In last week’s “Blarney Frank” new rule, you said: “As an Irish-American, the association of my tribe with this drunken slob-fest is getting a little old.” Leftists taking right-wing bait over relatively minor issues is also getting old, isn’t it?

A: That’s absolutely true. That’s something that liberals have to deal with a lot: they are always taking the bait. Now that we have a real villain on the scene [laughs], it’s probably a wiser course to concentrate on what’s really important. Not just the Democrats, the Republicans too—and Putin—they all thought Hillary was going to win. So everyone is adjusting to a world they didn’t think they’d be living in. But we are living in it. And it’s going to take a lot more effort to get it right.

The left lost. They’ve got to come to grips with that. They didn’t, of course, lose the popular vote. But that doesn’t matter. He’s the President. And it should never have been that close. I think it behooves the loser to role up their sleeves and decide, hey, how did we lose? And how can we not lose again? Because the most important election is coming up in 2018, when we are going to be able to pass a referendum on this Trump presidency. At the moment he has a rubber stamp, because the Congress is also Republican. Congress isn’t fighting Trump yet; a little bit, but not enough. We need to change the Congress so that he’s blocked from some of these damaging things he’s doing, especially with the environment. It really is important that the liberals get their s–t together about why they lost this election.

For starters, Hillary Clinton was a nice lady, but she couldn’t fill the function room at the Olive Garden. Meanwhile, Bernie Sanders was getting 20,000 young people to come to stadiums. You’ve going to pay attention to where the energy is in the party.

Q: In your November interview with President Obama, you both emphasized the “we” in “yes we can.” It seems apathetic liberals are finally shaking off their apathy, and getting involved.

A: Yeah, that’s right. We’re in the streets, we’re at town hall meetings, we have our own Tea Party now—of course with less misspellings on the signs. That is the kind of energy that I’m talking about. That is going to have be carried over to the ballot box. It’s one thing to protest, it’s another to be angry on your Facebook page. There’s only one place that it really matters, and that’s coming out to vote next time.

It’s a hard thing to switch governments in this country, because of gerrymandering, the way districts are drawn. Because of apathy. Because of lack of education. Because of Republican efforts to limit voting—they are very good at that, especially of the people who don’t vote for them. There’s a whole lot of things. So we’ve got our work cut out. I know we’ve all said this too many times that this is an important election, but 2018 really is an important election.

Q: I interviewed MSNBC anchor Chris Hayes about Trump, and he said: “[Trump] believes truly insane, deranged and delusional things. … It’s very much an Infowars presidency in many ways. The President is a conspiracy theorist.” What do you think?

A: Of course he is. I could list off so many conspiracy theories he already signed on to. We have a Republican president with a Republican Congress, which would never have been my choice. But we’ve lived through Republican governments before. Policy-wise, though, Trump is slightly worse than the worst one we ever had, but it’s still basically Republican policy. It’s not what I agree with, but you can live through it. What I’m so much more concerned about is the personality—if you can call it that—of the man at the top. This is what is so very different. That somebody is, as you say, a conspiracy theorist. That somebody is tweeting at 3 a.m. What is going on at 3 a.m.? Why is that the bitching hour, where this person is starting all sorts of feuds? This person has no impulse control, seems to live only for vengeance, and also doesn’t know anything. These are the things that worry me. It’s his personality.

The fact that he says things like “nobody knew healthcare could be so complicated.” Of course in his mind, if he doesn’t know something, then nobody knows it. And he doesn’t know much about government. You see him trying to sell this healthcare bill in the last couple of days, not a word about the bill itself. Because he doesn’t know what’s in it, and doesn’t care. He just knows that he wants to pass it, because his name is on it. This is what I worry about. 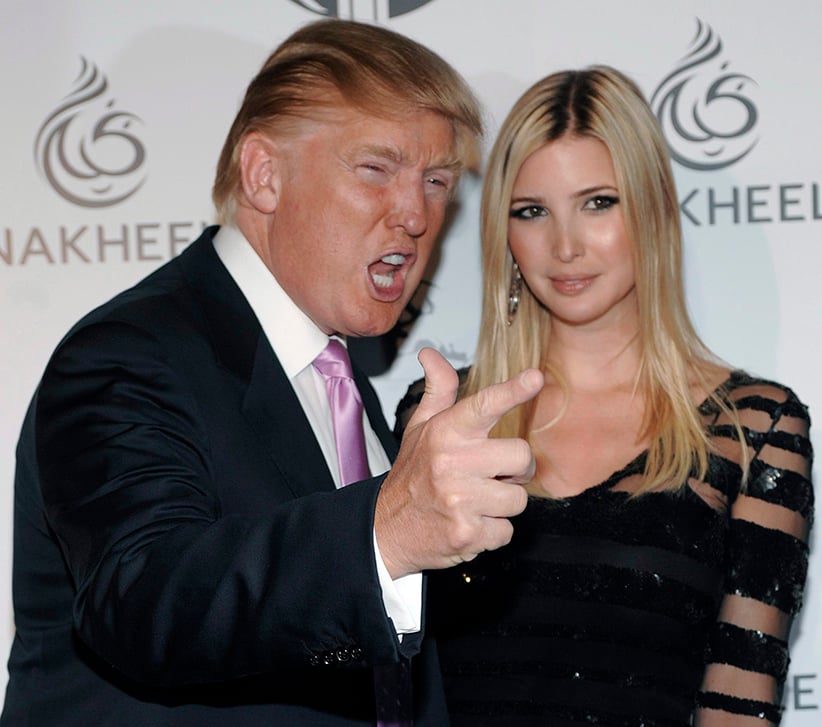 Q: Speaking of different, what do you think is going on with Ivanka Trump’s special White House office?

A: [Laughs] Yeah, oh my God. There’s a good example of unprecedented presidential behaviour. A man who has, in the past, talked about lusting after his daughter. Look, I don’t think they are having incest, that’s not what I’m saying.  What I’m saying is that it’s ridiculous she gets a White House office. The way to think about how insane that is: Imagine if it wasn’t Donald Trump. Imagine it’s George Bush, and he appoints Ivanka Trump to be his key adviser, with security clearance and an office next door. People would think that that was incredibly bizarre, that he would appoint some former model and clothing executive to be one of his most important advisers. It only makes sense because it’s the daughter. This is what third-world dictatorships do.

A: Larry and Chris are both friends. I’m a fan and admirer of both of them. What I love about both those guys is they’re not afraid, they’re fearless as to where they will go with the comedy. That’s what I’m always looking for. I think comedians especially like other comedians who are as out there as you can be, who are really pushing the envelope.  There’s an old chestnut, attributed to W.C. Fields. He said: “To make a regular person laugh, all you have to do is dress up as an old lady, and fall down a manhole cover. To make a comedian laugh, you have to really be an old lady.” [Laughs]

Q: I appreciate that you aren’t afraid to challenge fellow comedians and liberals, as when you called bulls–t on Stephen Colbert and Jon Stewart’s Rally to Restore Sanity and/or Fear. As you pointed out, Martin Luther King Jr.’s emblematic line was “I have a dream. They have a nightmare.”

A: Right. Jon and Stephen were making a false equivalency. As I recall, what they were trying to do was establish the idea that if we somehow all came together in the middle, things would be solved. Which is a false premise. Obamacare is a perfect example. The Republicans act like it’s some sort of liberal scheme, when actually it’s already a compromised plan, it’s already a fairly conservative approach to healthcare. It’s the approach Republican Mitt Romney used in Massachusetts when he instituted pretty much the same thing, which was called Romney-care. He denied it when he ran in 2012 but it was the same thing. It came from the Heritage Foundation, which is a conservative thinktank. It doesn’t cut out industry, private enterprise. It involves the insurance companies, the pharmaceutical companies. They were the first ones that Obama made sure to get onboard. This is already meeting them [conservatives] in the middle. And then Republicans act like this is way out on the left. 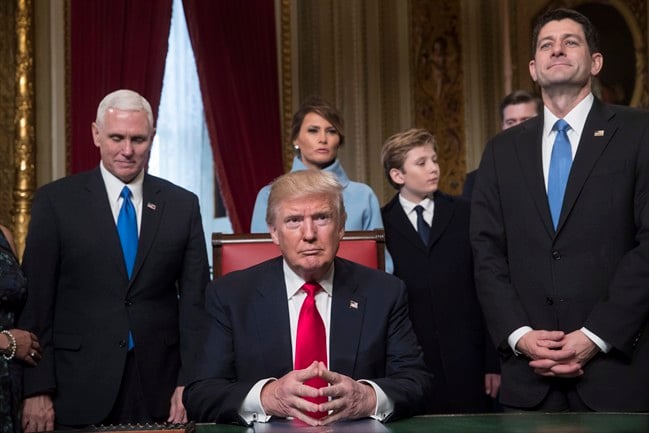 President Donald Trump is joined by the Congressional leadership and his family before formally signing his cabinet nominations into law, Friday, Jan. 20, 2107, in the President’s Room of the Senate on Capitol Hill in Washington. From left are, Vice President Mike Pence, the president’s wife Melania Trump, their son Barron Trump, and House Speaker Paul Ryan of Wis. THE CANADIAN PRESS/ AP/J. Scott Applewhite, Pool

Q: As the 2016 campaign closed, Obama finally ditched his post-partisan efforts. “The problem is, is that they’ve been riding this tiger for a long time. They’ve been feeding their base all kinds of crazy for years, primarily for political expedience. And Donald Trump, as he’s prone to do, he didn’t build the building himself, but he just slapped his name on it and took credit for it.” It’s still bigger than Trump: are the likes of Paul Ryan, Mitch McConnell and Mike Pence are similarly guilty?

A: I would say this. Trump is certainly unique, and there’s never been anything like him. The narcissism. The egomania. The fact that, for example, he cannot imagine a reality that does not match his perceptions. The inaugural crowd, that nonsense that he went through. See, it was the most people he’s ever seen, so in his mind it must be the most people that’s ever been assembled anywhere.

On the other hand, yes, his path was paved by people like John McCain when he picked Sarah Palin to be the Vice President of the United States. John McCain is the guy who opened the Book of the Dead and let the monsters out when Palin was deemed suitable for high office. And also the Republicans’ anti-intellectualism. This has been going on for a very long time: the elevation of faith over facts, people who didn’t believe in climate change, didn’t believe in scientists. When George W. Bush was president they stopped stem-cell research, which set America back against many other countries in important scientific research.  So yes, you’re right, Donald Trump is not new. I guess he’s the chickens coming home to roost.