For the record from the 2016 Republican National Convention 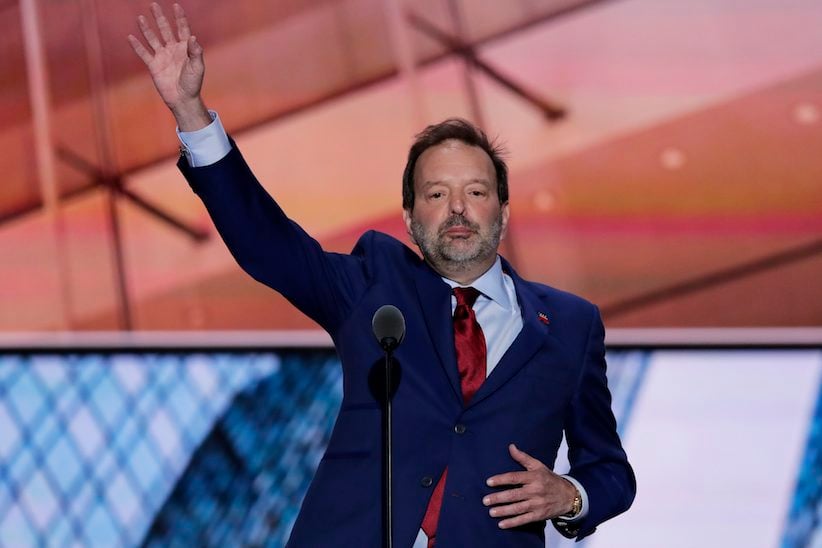 Brooklyn businessman Andy Wist spoke to delegates at the Republican National Convention on Tuesday evening. For the record, here’s what he had to say:

Thank you.  It’s great to be here. It’s been a lot of fun the last few days watching the media speculate about  me.
Who’s “Andy Wist?” they all asked. Somebody said I was Batman. That’s Adam West, dummy! Some of these reporters need to get a life!

Look, you want to know who Andy Wist is?

I’ll tell you. I’m living proof that the American Dream is  real.

I grew up in Brooklyn and started a business in my mother’s backyard when I was 21… Standard Waterproofing. We restore building exteriors. Today we have 140 employees.

Not as big as Mr. Trump’s company, but still pretty good,  right?

I’m also the trustee of Teamsters Local 522, because like Donald Trump and Mike Pence, I believe that working men and women still matter in this country and we have to look out for them.

After 8 years of President Obama, I don’t see the American Dream like I did when  I was starting out.

All I see is too many people out of work… too many jobs shipped overseas… and too many politicians who don’t care.

It’s a mess Who’s going to fix it? Hillary Clinton?

After 30 years in public life her only accomplishment is beating the rap every time she breaks the law.
Donald Trump is a builder. He’s a leader who will bring us together He’ll make America work again, so we can believe again.

I love my family.

I love my country.

But I’m not going to be around forever. Neither will you.

This November, we get to decide what kind of world we leave  behind.

When I’m gone, I want my children, your children, and our grandchildren to be able to live the American Dream like I have.

And the only way we keep the American Dream alive is by electing Donald Trump president.