Canada’s two tiny Trumps to call our own 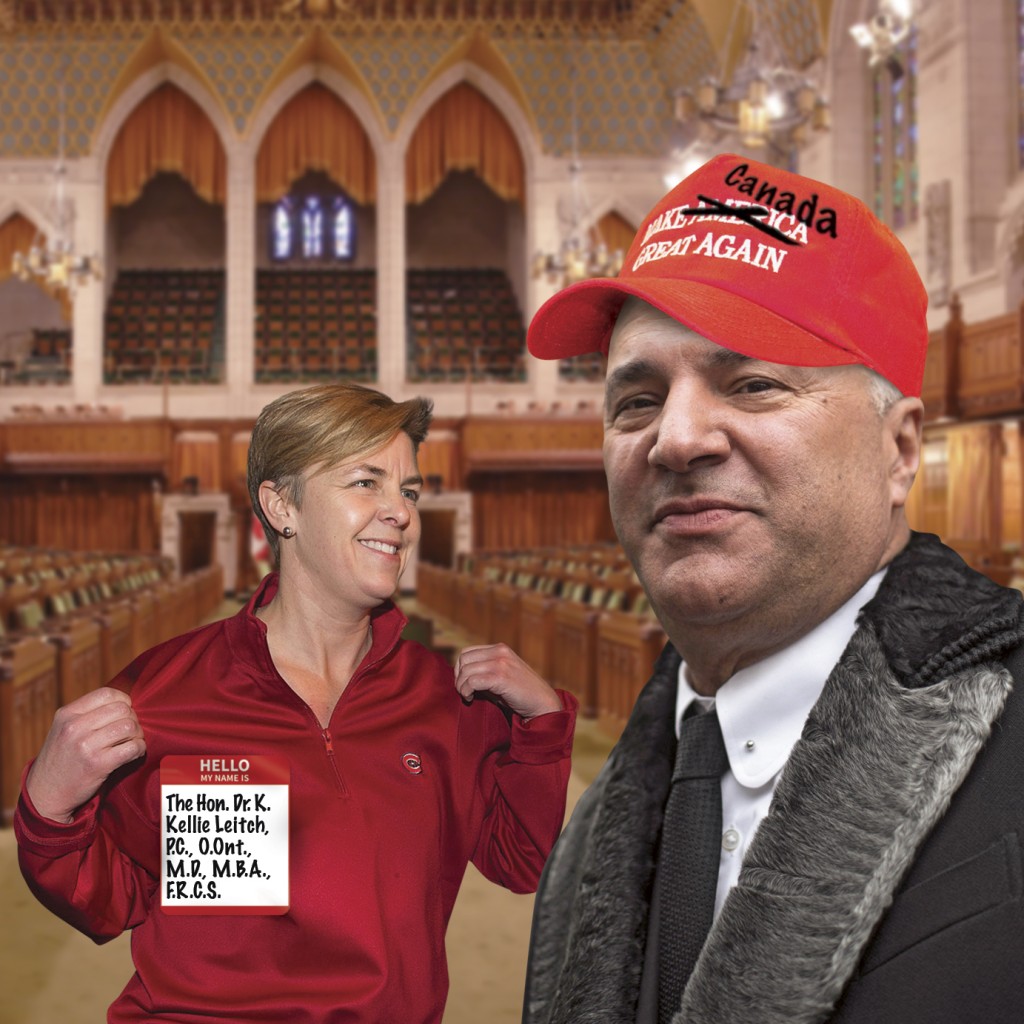 Are you running for the leadership of the Conservative Party of Canada? Are you sure? Because it seems like most people are. The last debate got pretty exciting when, after roughly two hours, it looked as though every candidate might actually get a chance to speak.

On the bright side, political experts are unanimous: With more than a dozen hopefuls in this race, and with the NDP leadership campaign still to come, 2017 is shaping up to be a banner year for Canada’s podium manufacturers.

Now, sure, I will grant you that the Tory field is largely devoid of familiar names. From the outset, it has had the feel of a second-rate festival lineup—as though the headliner dropped out at the last minute, and desperate organizers are now screaming into the microphone, “WHO’S EXCITED ABOUT SEEING SPANDAU BALLET??”

But somebody’s got to win. Given the rules of the May 27 vote (every riding gets equal say in picking the new leader), it’s tough to identify the frontrunner. In terms of media coverage, though, the runaway leaders are Kevin O’Leary and Kellie Leitch—Canada’s own adorable Tiny Trumps.

Each has chosen to occupy a different niche along the spectrum of Donald Trump’s campaign tactics. Leitch has seized on the odious “immigrants are dangerous” rhetoric. She doesn’t want un-Canadian people coming here from non-Canadian places with their foreign thoughts and suspicious haircuts. Leitch also routinely rails against the media and “the out-of-touch elites.” Really, to be any more shamelessly like Trump, she’d have to boast about grabbing her own privates.

To date, the most notable moment of Leitch’s campaign came when the famed anti-elitist teed off on a critic and boasted, “I do have 22 letters after my name; I am not an idiot.” This proved to be a costly strategic misstep for Leitch. When you’re running a campaign that seeks to profit from prejudice and fear, you simply cannot afford to alienate idiots.

Also, and perhaps more importantly: Who the heck tallies up the letters after their name? That’s weird. I now find it hard to not picture Leitch sitting alone at night, signing her name and all its many ensuing letters on the pages of her high school binder. Or maybe I’m just jealous. Leitch later corrected herself and said she had 18 letters after her name. I’ve got only five: B.A.; MKA (bachelor of arts; member KISS Army).

O’Leary, on the other hand, is working Trump’s “successful businessman who knows nothing about policy, or government, or facts, or things” angle. In one of his first interviews, the reality-show star mixed up “debt” and “deficit”—which is like a beauty pageant contestant mixing up the evening gown and the swimsuit.

We’ve seen this kind of candidate before—the inexperienced outsider who enters a leadership contest with two profoundly inaccurate beliefs in his head:

1. “Charisma will be enough to win this race.”

The unilingual O’Leary has more shortcomings than most. He can’t speak French. He calls Boston “home.” And he has spent (and continues to spend) a huge amount of time away from . . . oh what’s it called . . . you know, that place . . . Canada! “I’m a Canadian citizen, I’m a Toronto resident,” he told the Toronto Star. “I have many homes around the world, but Toronto is my tax residency and my domicile.”

Three things about that. One, it’s hardly ever a positive sign when your primary order of business as a candidate is trying to convince the electorate: I do too live here. Two, when attempting to build one’s everyman cred among working-class Canadians, maybe lay off the word “domicile.” And three, even the most gifted speechwriter is going to struggle to fashion a masterpiece when the concluding thought is something along the lines of, “I vow to work every day to improve the efficacy of the country I technically list as my prevailing tax jurisdiction.”

Besides, if we are determined as a nation to be governed by someone who doesn’t even want to live here, can’t we do better? Angela Merkel is smart. Barack Obama’s schedule is wide open. Or what about that dragon queen from Game of Thrones? She’s fictional, but so is O’Leary’s political skill.

“When I was in my 20s,” O’Leary said recently, “Canada had a blue sky [and] the potential was limitless.” The sky’s still blue here, buddy. Come visit sometime and see for yourself.