Cast, crew and contestants of The Apprentice speak out

NEW YORK — In his years as a reality TV boss on “The Apprentice,” Donald Trump repeatedly demeaned women with sexist language, according to show insiders who said he rated female contestants by the size of their breasts and talked about which ones he’d like to have sex with.

The Associated Press interviewed more than 20 people — former crew members, editors and contestants — who described crass behaviour by Trump behind the scenes of the long-running hit show, in which aspiring capitalists were given tasks to perform as they competed for jobs working for him.

The staffers and contestants agreed to recount their experiences as Trump’s behaviour toward women has become a core issue in the presidential campaign. Interviewed separately, they gave concurring accounts of inappropriate conduct on the set.

Eight former crew members recalled that he repeatedly made lewd comments about a camerawoman he said had a nice rear, comparing her beauty to that of his daughter, Ivanka.

During one season, Trump called for female contestants to wear shorter dresses that also showed more cleavage, according to contestant Gene Folkes. Several cast members said Trump had one female contestant twirl before him so he could ogle her figure.

Randal Pinkett, who won the program in December 2005 and who has recently criticized Trump during his run for president, said he remembered the real estate mogul talking about which female contestants he wanted to sleep with, even though Trump had married former model Melania Knauss earlier that year: “He was like ‘Isn’t she hot, check her out,’ kind of gawking, something to the effect of ‘I’d like to hit that.’ ”

The Trump campaign issued a general denial. “These outlandish, unsubstantiated, and totally false claims fabricated by publicity hungry, opportunistic, disgruntled former employees, have no merit whatsoever,” said Hope Hicks, Trump’s campaign spokeswoman. “The Apprentice was one of the most successful prime-time television shows of all time and employed hundreds of people over many years, many of whom support Mr. Trump’s candidacy.” She declined to answer specific questions that were emailed and declined an interview request.

Former producer Katherine Walker said Trump frequently talked about women’s bodies during the five seasons she worked with him.

A former crew member who signed a non-disclosure agreement and asked not to be identified, recalled that Trump asked male contestants whether they would sleep with a particular female contestant, then expressed his own interest.

“We were in the boardroom one time figuring out who to blame for the task, and he just stopped in the middle and pointed to someone and said, ‘You’d f… her, wouldn’t you? I’d f… her. C’mon, wouldn’t you?”’

Other cast and crew interviewed said they had positive, professional experiences with Trump.

“He was extremely supportive. You could tell there was so much respect there on all sides, especially with the female athletes,” said contestant and U.S. softball star Jennie Finch, a two-time Olympian. “Obviously, he was complimentary, but never in an inappropriate way.” 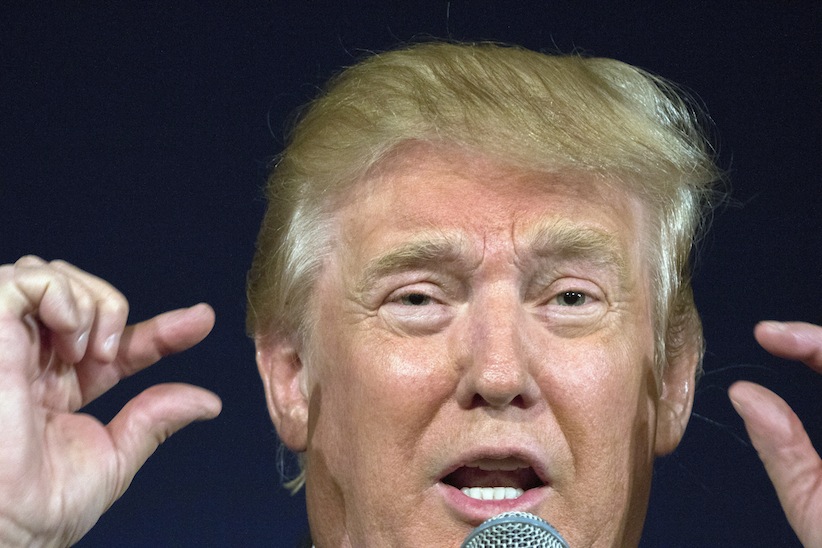 Contestant Poppy Carlig, who performed the twirl, said she considered Trump’s request “playful banter.” She added: “I don’t immediately jump to the conclusion that people are having bad intentions with what they are saying. He said I reminded him of his daughter and I thought that was really touching because I know how much he values his family.”

Twelve former contestants or members of the crew spoke on the record about what they described as Trump’s inappropriate behaviour. Another nine spoke to the AP about their concerns regarding Trump’s treatment of female colleagues but said they did not want to be identified because they signed non-disclosure agreements, or were concerned about wrecking their careers or retaliation from Trump.

Most offered no opinion on the November election in the course of their interviews, but the majority of those who did said only that they were not supporting Trump.

Trump points to his record of hiring women, but he has often been accused of sexist behaviour.

NBC, which broadcast the hit series, referred questions to executive producer Mark Burnett, whose studio referred calls to a public relations firm. The public relations firm did not respond to multiple voicemails and emails seeking comment. AP previously asked Burnett to provide original footage for review, but those calls were not returned.

Walker, who said she was the only high-level female producer during the first season, said Trump turned to her during a break outside of the control room to ask who he should fire. Walker demurred, she said, but noted that team members had told her one contestant had caused her team to lose their business task. Trump raised his hands and cupped them to his chest to ask whether it was a contestant with large breasts, she said.

“He said, ‘You mean the one with the’ _ and he puts his hands out in a gesture to signal the girl with the giant boobs. He didn’t even know her name,” Walker said, adding that the contestant, Kristi Frank, was fired at the end of the episode.

“I thought he noticed my hard work, but I guess he didn’t,” said Frank, a former restaurant owner who studied industrial engineering.

German Abarca, another former camera operator, said most of the camera crew knew that Trump was attracted to their colleague.

Arndt said that Trump would publicly discuss the woman’s beauty and how her blue eyes and blonde hair compared to his daughter Ivanka’s looks.

The woman did not respond to a voicemail seeking comment. The AP spoke in person twice with her husband, who said his wife did not wish to be interviewed, “doesn’t have a problem with Donald Trump” and denied she had been subjected to repeated, unwanted attention from Trump.