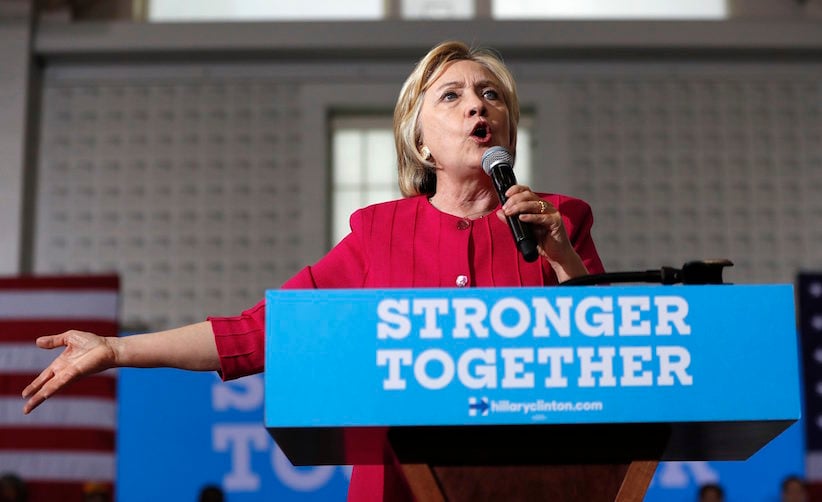 NEW YORK — Hillary Clinton said Friday the charitable programs of her family foundation would continue, perhaps through partnerships with other organizations, if she’s elected president, even as critics argue that would present a conflict of interest.

The Democratic presidential nominee, in an interview with MSNBC’s “Morning Joe,” defended the Clinton Foundation, saying the charitable work it has conducted has changed lives for the better and is in keeping with American values.

Republican opponent Donald Trump has accused Clinton of improperly using her former position as secretary of state to bring in big contributions to the foundation from people and corporations seeking access.

“The work has been not only transformational, it has really been in line with American interests and values,” she said in an interview with MSNBC’s “Morning Joe.” “And we’re going to do everything we can to make sure that good work continues.”

MORE: Clinton Foundation donors got face time with her at State

In the telephone interview, she also described Trump’s campaign as built on “prejudice and paranoia,” continuing her line of attack from a speech Thursday in Reno, Nevada. In that speech, she accused Trump of unleashing a “radical fringe” within the Republican Party, including anti-Semites and white supremacists.

Clinton is looking to counter Trump’s attempts to revamp his image and win over those skeptical of his candidacy. She is also trying to appeal to Republicans, casting the race as “not a normal choice between a Republican and a Democrat.”

Trump has rejected Clinton’s allegations, labeling her a bigot.

“She lies, she smears, she paints decent Americans as racists,” Trump said, in a Thursday address.

Trump also says Clinton is trying to distract from questions swirling around donations to The Clinton Foundation and her exclusive use of her private email servers for official business while secretary of state.

The Associated Press reported this week that more than half the people from outside government who met or spoke by telephone with Clinton in the first half of her term as secretary of state had given money—either personally or through companies or groups—to the foundation.

On Friday, Clinton promised to put in place additional safeguards to prevent conflicts of interest with her foundation should she win the White House.

“I appreciate the concerns that people have expressed and that’s why I have made it clear that if I’m successful in November we are going to be taking additional steps,” she said.

She said Friday that candidates can reasonably disagree on how to run the country, “but that’s not the campaign that Donald Trump has been running, and I am reaching out and asking fair-minded Americans to repudiate this kind of divisive demagoguery.”

On Thursday, Trump tried to get ahead of the Democratic nominee, addressing a crowd in Manchester, New Hampshire, minutes before Clinton spoke.

“Hillary Clinton is going to try to accuse this campaign, and the millions of decent Americans who support this campaign, of being racists,” Trump said.

“To Hillary Clinton, and to her donors and advisers pushing her to spread her smears and her lies about decent people, I have three words,” he said. “I want you to hear these words, and remember these words: Shame on you.”

He contends that the Democrats have taken minority voters’ support for granted. “They’ve been very disrespectful, as far as I’m concerned, to the African-American population in this country,” Trump said.

Many black leaders and voters have dismissed Trump’s message as condescending and intended more to reassure undecided white voters that he’s not racist.