Policy wonk v. cheddar-faced crypto fascist: How can any American possibly be undecided? 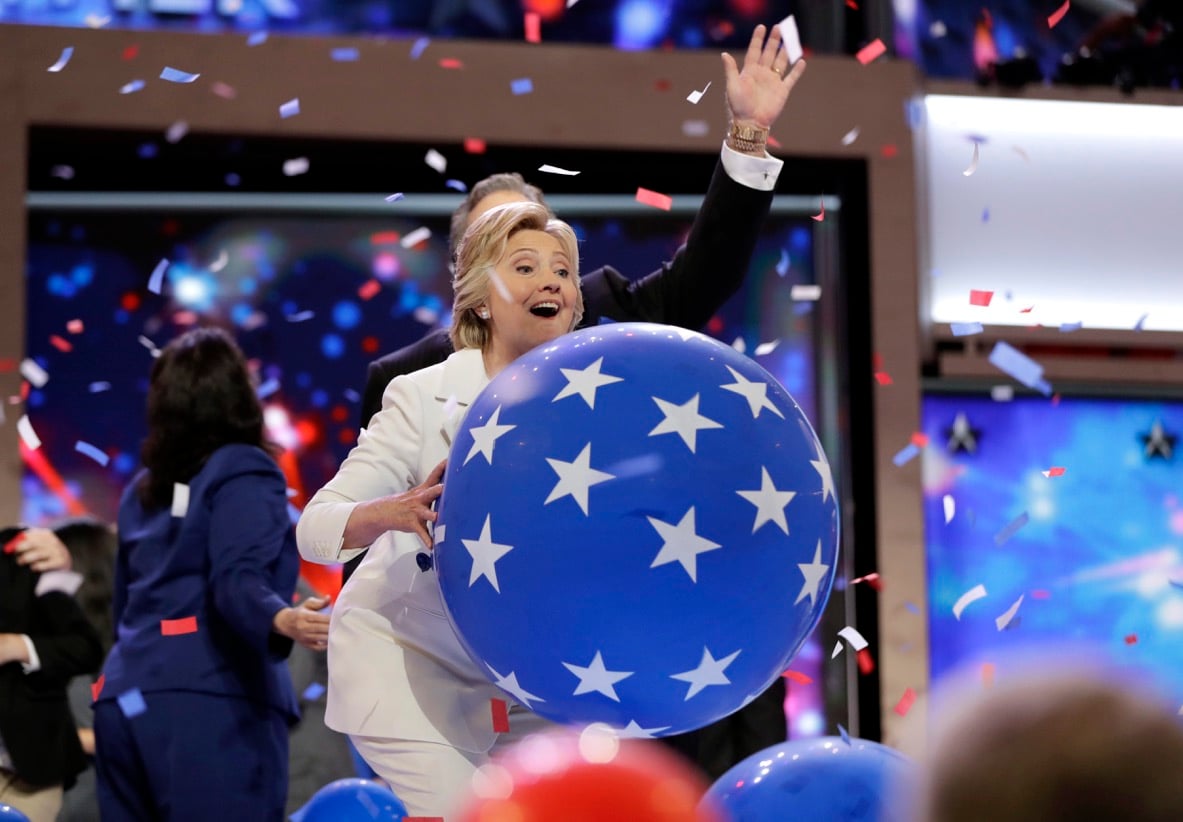 Democratic presidential nominee Hillary Clinton throws a balloon after speaking to there delegates during the final day of the Democratic National Convention in Philadelphia, Thursday, July 28, 2016. (Matt Rourke, AP)

For a sense of where the United States finds itself in the summer of 2016, let us turn to the words of a speech by former New York mayor Michael Bloomberg. Not all the words, just four of them—just the part where he urges Americans to elect as president “a sane, competent person.”

Bloomberg was speaking to the Democratic National Convention, but he is no partisan. In fact, the billionaire considered running for president himself as an independent. Instead he came to Philadelphia and announced to tens of millions of viewers that one of the two major candidates for the presidency of the most powerful nation on Earth is—and I’m barely paraphrasing here—an insane halfwit. By and large, the reaction of Americans was: “Yep, but what are you going to do?”

The campaign dynamic has been established. Hillary Clinton and her surrogates dismissed Donald Trump as “clueless” on world affairs. Trump responded by saying Clinton’s foreign policy would unleash “devastation” on the world. This from a man who until recently thought Belgium was a city.

Unaccustomed to being out of the spotlight, the Republican candidate gave a news conference during the Democratic convention. You may remember it for Trump’s decision to politely invite Russian hackers to initiate a cyberattack against the U.S. and help find Clinton’s deleted emails. Some called this treason. Trump called it sarcasm—though it took him almost 24 hours to say so, which suggests the candidate and his aides pondered other possible explanations.

Trump: Should I say I was drunk? No, wait—amnesia!

Trump: Hang on, we’ll tell them it was opposite day.

There were other moments to savour. At one point, a reporter asked Trump if he thought the Geneva Conventions were out of date. This is a bit like asking a jar of marmalade what it thinks about string theory, but let’s admire the reporter’s willingness to swing for the fences. 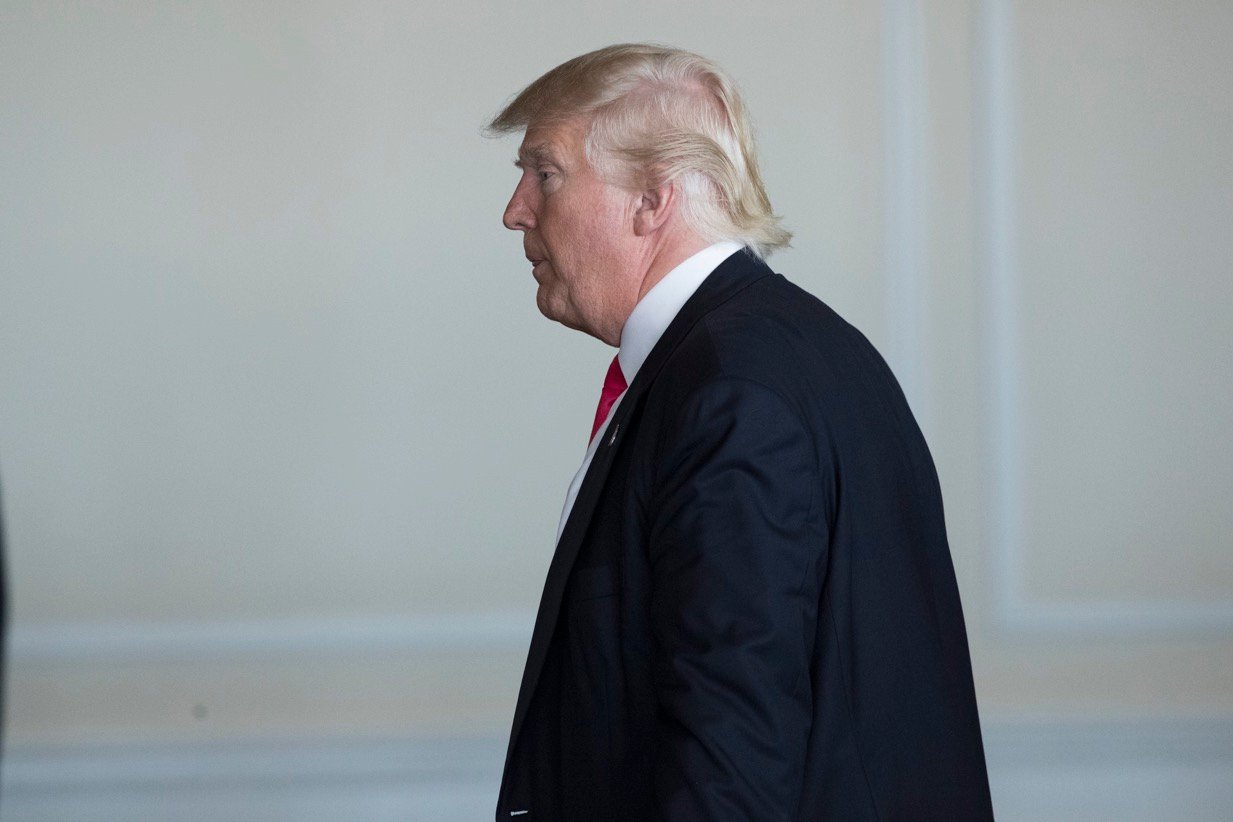 Trump’s response will be familiar to anyone who was ever called on to deliver a book report—but hadn’t read the book. “I think everything’s out of date,” he said. Got that? Everything. Rules that govern armed conflict. International treaties. Bolo ties. Everything is out of date. Mark the words of Donald J. Trump: America will never be great again until it gets rid of its high-waisted Mom jeans.

Meanwhile, a familiar refrain on the news channels was the need for Clinton to use her convention speech to win over undecided voters. I know what you’re thinking because I’m thinking it, too: How can any American possibly be undecided? How can a voter be torn between the dull but competent policy wonk and the cheddar-faced crypto fascist with the man crush on Vladimir Putin? Geez, I just can’t choose between Clinton’s plan to help the middle class and Trump’s plan to wage nuclear war because Katy Perry blocked him on Twitter.

In the U.S., one of the most important things you can do to improve your chances of becoming president is to seem presidential. The American media are obsessed with this. Did she sound presidential? Did she look presidential? Wolf, try to press up against her—does she smell presidential? (Presidents smell like sandalwood and coffee.) Clinton certainly comes off as presidential—smart, measured and confident. It probably doesn’t hurt that her opponent’s “plan” to make America great again appears to consist in equal parts of racism and magic.

Clinton also benefited from a convention that was professionally run and strategically cast. Few will forget the image of Khizr Khan—father of a fallen Muslim U.S. soldier—waving his copy of the U.S. constitution through the camera at Trump. “You have sacrificed nothing,” he said. Devastating. Republicans, by way of comparison, gave prime slots to TV’s Chachi and the lady who runs Trump Wine.

We’re 100 days out from the November election and still the insane halfwit has a legitimate shot at winning. The debates could swing the outcome. Clinton won’t want to talk about her email server. Trump won’t want anything to do with his tax returns. Or policy details. Or a pop quiz of world capitals.

Expect to hear a lot more about Trump Wine. 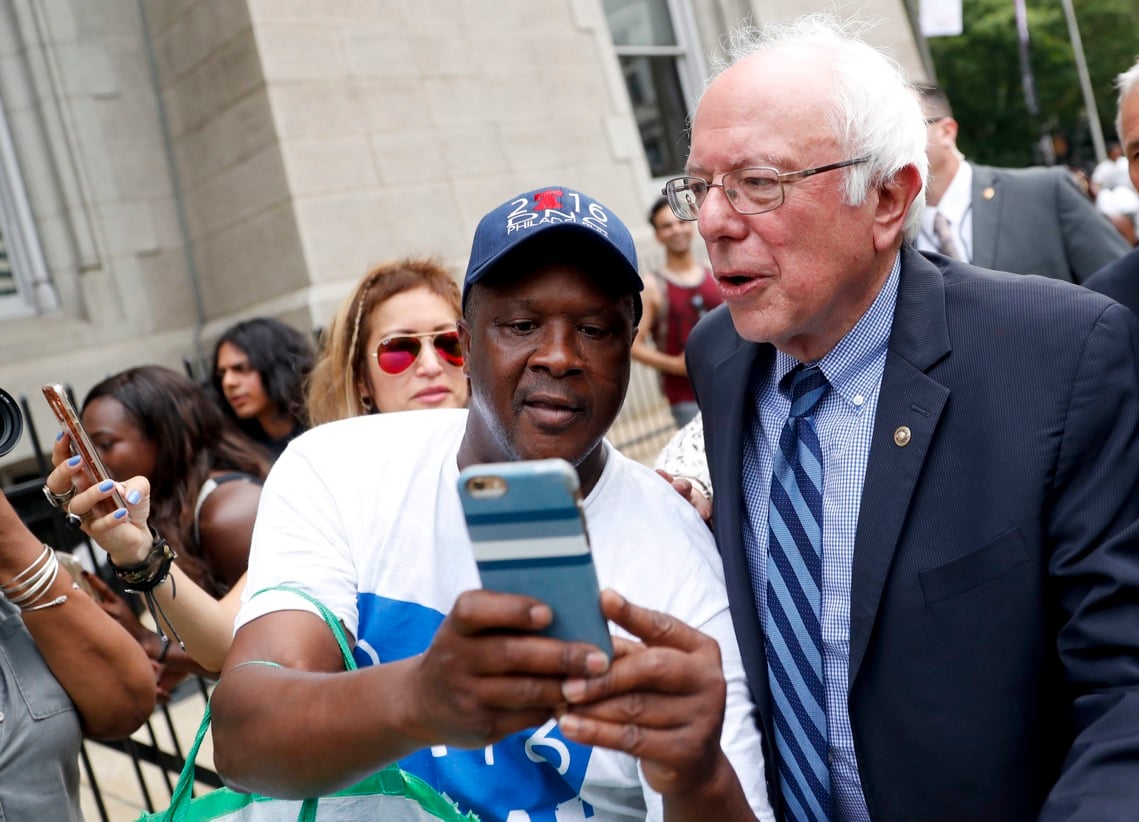 Bernie Sanders was out among the people on Thursday, and the photos are great because he’s actually smiling in several of them. Inside the convention hall, he spent most of the past four days staring glumly ahead like a goth teen enduring his parents’ dinnertime conversation about carpet samples. YOU BOTH SOUND STUPID AND WHY CAN’T I GET A FERRET AS A PET??