Hillary Clinton's use of private email detailed in FBI notes

By Michael Biesecker and Eric Tucker, The Associated Press September 2, 2016 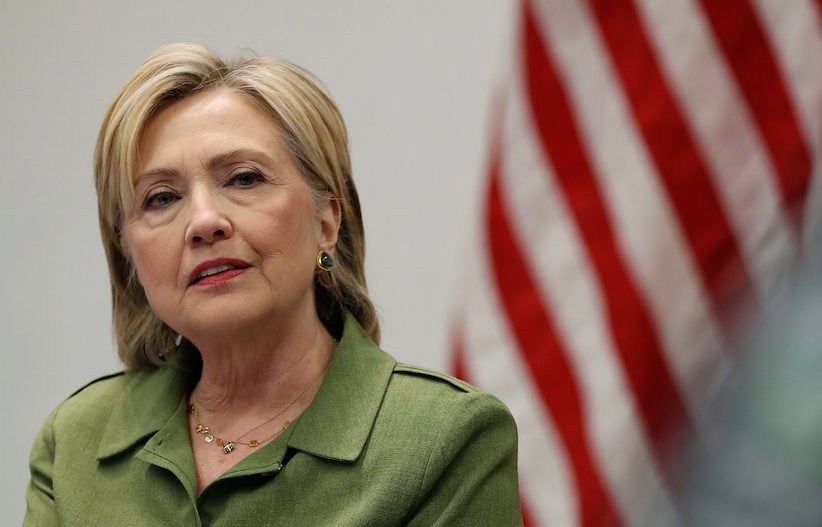 WASHINGTON — Hillary Clinton told the FBI she relied on the judgments of her staff not to send emails containing classified information to the private email account she relied on as secretary of state, adding that she was unclear about a classification marking on official government documents.

The revelation came Friday as the FBI, in a rare step, published scores of pages summarizing interviews with Clinton and her top aides from the recently closed criminal investigation into her use of a private email server in the basement her Chappaqua, New York, home.

The Democratic presidential nominee told the FBI she never sought or asked permission to use a private server or email address during her tenure as the nation’s top diplomat from 2009 to 2013. A prior review by the State Department’s internal watchdog concluded the practice violated several polices for the safekeeping and preservation of federal records.

Clinton has repeatedly said her use of private email was allowed. But over a 3 1/2-hour interview in July, she told investigators she “did not explicitly request permission to use a private server or email address,” the FBI wrote. They said no one at the State Department raised concerns during her tenure, and that Clinton said everyone with whom she exchanged emails knew she was using a private email address.

The documents also include technical details about how the private server was set up. It is the first disclosure of details provided by Bryan Pagliano, the technology staffer who set up and maintained Clinton’s IT infrastructure. Pagliano secured an immunity agreement from the Justice Department after previously refusing to testify before Congress, invoking his constitutional right against self-incrimination.

Large portions of the FBI documents were censored. The FBI cited exemptions protecting national security and investigative techniques. Previous government reviews of the 55,000 pages of emails Clinton returned to the State Department found that about 110 contained classified information.

Clinton and her legal team deleted thousands more emails she claimed were personal and private. The FBI report details steps taken by Clinton’s staff that appear intended to hamper the recovery of deleted data, including smashing her old Blackberry smartphones with a hammer and using special software to wipe the hard drive of a server she had used.

“While her use of a single email account was clearly a mistake and she has taken responsibility for it, these materials make clear why the Justice Department believed there was no basis to move forward with this case,” Fallon said.

The campaign of GOP presidential nominee Donald Trump countered that the FBI documents show Clinton can’t be trusted to serve as commander in chief.

“Hillary Clinton is applying for a job that begins each day with a top secret intelligence briefing, and the notes from her FBI interview reinforce her tremendously bad judgment and dishonesty,” Trump spokesman Jason Miller said. “Clinton’s secret email server was an end run around government transparency laws that wound up jeopardizing our national security and sensitive diplomatic efforts.”

Friday’s release of documents involving the Democratic presidential nominee was a highly unusual step, but one that reflects extraordinary public interest in the investigation into Clinton’s server. Republicans have used the email issue to argue that Clinton is not trustworthy and should not be elected.

The FBI’s investigation focused on whether Clinton sent or received classified information using the private server, which was not authorized for such messages. Clinton told the FBI she relied on others with knowledge about handling classified files not to send her emails inappropriately.

“She had no reason to doubt the judgment of the people working for her on the ‘front lines,”’ the FBI wrote about one email.

Clinton was also asked about a 2011 email that caught the attention of investigators in which she directed one of her advisers, Jake Sullivan, to transmit a set of talking points and turn it “into nonpaper w/no identifying heading and send nonsecure.”

Clinton told the FBI that she believed she was asking Sullivan “to remove the State Department letterhead and provide unclassified talking points” and that she had no intention of removing classification markings.

Clinton said she was unfamiliar the meaning of the letter “c” next to a paragraph and speculated that it might be “referencing paragraphs marked in alphabetical order.” That particular email had been marked as “confidential,” the lowest level of classification. Clinton said she did not pay attention to the classified level “and took all classified information seriously,” according to the FBI notes.

After a yearlong investigation, the FBI recommended against prosecution in July, and the Justice Department then closed the case. FBI Director James Comey said that while Clinton and her aides had been “extremely careless,” there was no evidence they intentionally mishandled classified information.

The FBI director said the government found no direct evidence that Clinton’s private server was hacked but said foreign government hackers were so sophisticated — and the server would be such a high-value target — that it was unlikely they would leave evidence of a break-in. Clinton told the FBI she was unaware of specific details about the security, software or hardware used on her server and occasionally received odd-looking emails. But she told agents there were never so many suspicious emails to cause concerns.

She also said she had no conversations about using a private email server to avoid her obligations under the Federal Records Act or the Freedom of Information Act.

Clinton told investigators that she directed her aides in early 2009 to create a private email account and that it was “a matter of convenience” for it to be moved onto a system maintained by her husband’s staff.

She told investigators that “everyone at State knew she had a private email address because it was displayed to anyone with whom she exchanged emails,” according to a summary of the July 2 interview released Friday.

Clinton said that when top staff received an email, the recipient would evaluate whether the information should be forwarded to her, but that no one at the State Department raised concerns about her using a private email account or server and said no one on her staff “ever expressed a concern regarding the sensitivity of the content of these emails.”