Scott Gilmore: Either of these events would have destroyed a presidency. But when it comes to America's president, there is no tipping point. 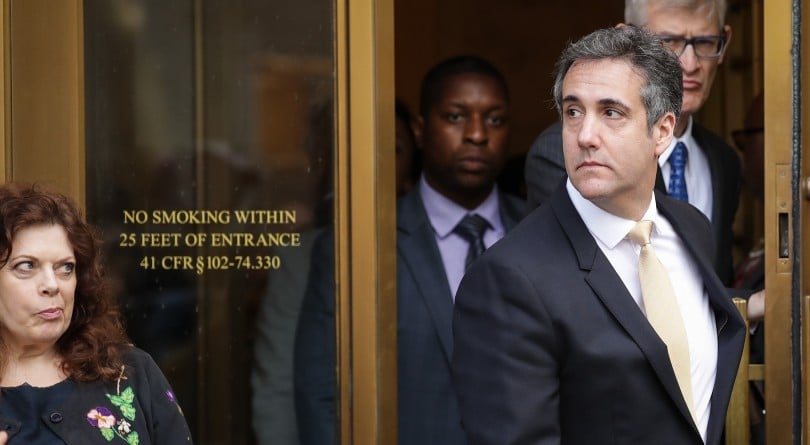 This afternoon saw one of the strangest moments in modern American history. News channels were trying to cover two critical breaking developments in two different legal cases simultaneously—either one of which would have destroyed the presidency of any previous president of the last 100 years.

On one side of the television screen a journalist stood in front of a New York courthouse announcing that the president’s personal lawyer had just pled guilty to eight charges of fraud and conspiracy. In doing so, he indicated that he had committed at least one of these crimes at the direction of then-candidate Donald Trump.

On the other side of the screen, another journalist stood in front of a courthouse in Virginia, announcing that the president’s campaign chairman had just been found guilty of eight charges of tax evasion and fraud. It was dizzying to watch news anchors switch back and forth from one blockbuster story to the other.

The Manafort verdict is stunning. It demonstrates that Trump appointed a corrupt political operator to run his campaign for president. At the very least it confirms Trump’s incredibly poor judgment when it comes to choosing the people who surround him. This is especially true when you recall that so far, investigations into Trump’s campaign have resulted in indictments against more than 30 people, and six guilty pleas.

READ MORE: What Donald Trump and Gwyneth Paltrow have in common

But the other side of the TV screen delivered the more astounding news. Under oath, Trump’s lawyer stood in a courtroom before a judge and stated that he committed federal crimes “in coordination and at the direction of a candidate for federal office” and that he had kept information from the public that would have been harmful to the candidate and his campaign. There is only one person in America who fits the description of that “candidate”: Trump.

The end of the Nixon presidency came when it was revealed a grand jury had named him as an “unindicted co-conspirator”. A few days later, the House judiciary committee recommended impeachment. Less than two weeks after that he was out of the White House.

Today, the president’s own lawyer testified that Trump directed him to commit election fraud—in other words, Trump was named an unindicted co-conspirator. Unlike Nixon, however, there is almost no chance the Republican-controlled House judiciary committee will recommend impeachment. And it is even less likely that the president will be out of the White House any time soon.

Donald Trump does not have a tipping point. From the moment he announced his candidacy by calling Mexicans rapists, everyone (including me) has predicted that at some point “soon” the accumulated weight of scandal and outrage would inevitably become too much and he would topple over.

But that presumed two things. First, that the president himself was capable of shame. And second, that his voter base will gradually abandon him. On the first point, we have seen that there is no scandal or accusation, from sexual assault to treason, that will make the president voluntarily resign or even blush. He will feel embattled. He will feel mistreated. But he will never feel ashamed and may not even be capable of the emotion.

On the second point, because American politics has become tribal, and you vote for your “people” and not for any particular policy, Trump’s base will no sooner abandon him than they would a family member. To paraphrase the president himself, he could shoot someone on Fifth Avenue and they wouldn’t care.

Nonetheless, the wheels of governance continue to grind and for now there is nothing the president or his base can do to stop this. The midterm elections are coming up in just 11 weeks. Polling and the outcome of recent special elections show there is a strong likelihood that the Democrats will take back control of the House and possibly the Senate.

If this occurs, today’s events all but guarantee impeachment proceedings may begin. But even if these succeed, it may not result in the removal of Trump from the White House. It will, however, effectively bring an end to his administration’s ability to pursue any sort of policy agenda.

And, it’s important to remember that Robert Mueller’s investigation into whether the president obstructed justice and to determine if his campaign conspired with Russia has not even released its findings. When that day comes, as inevitably it will, it may very well make today seem tame in comparison.