Our daily roundup of this day in the Donald Trump era, from face-to-face with Japan's prime minister to his (un)likeability in the polls 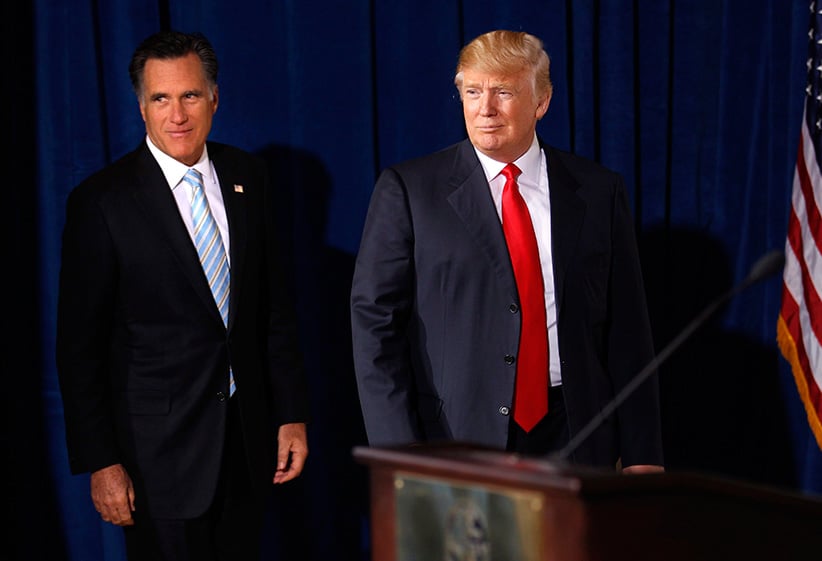 Nov. 17, 2016: Donald Trump made a lot of promises on the campaign trail, not to mention a few threats to other foreign countries to start picking up the slack on their own national defence. How much was just posturing and how much did Trump say literally? Japanese Prime Minister Shinzo Abe likely got a better idea during their Thursday get-together.

Meanwhile, Trump is still in search of a secretary of state, and word on the street is he might consider Mitt Romney. Yes, the same Mitt Romney who did everything in his power to make sure Trump wasn’t elected.

Getting honest with Abe

Before Shinzo Abe met with Trump on Thursday, the Japanese Prime Minister was given some advice by one of his aides: don’t take Trump’s campaign pledges literally. While the meeting between the two—Trump’s first face-to-face with a foreign leader since the election—was to build trust, Abe likely won’t be pleased if Trump backs up any of his campaign comments suggesting Japan should get its own nuclear weapons if it wants to protection from North Korea.

As far as “Never Trump” Republicans go, Mitt Romney was right at the top. He called Trump a “phoney” and a “fraud” and refused to endorse him even when Trump won the Republican nomination. Trump fired back, saying Romney “begged” him for his endorsement four years ago when Romney was running for president against Barack Obama, and called him a “choker.”

Now the two plan to meet up this weekend, which isn’t all that odd given many Republicans have reached out to congratulate Trump. However, what makes that interesting  are the multiple reports suggesting Trump might ask Romney to be his secretary of state.

Not only did Trump’s team announce Wednesday night that his incoming administration would have zero registered lobbyists, but for any members of his administration who leave moving forward, they would be barred from lobbying for five years.

Call it Trump’s way to “drain the swamp” moving forward, though there are a few hiccups. For starters, a lobbyist could potentially join the administration by the simple workaround of deregistering from their lobby. And then, who’s to stop someone from not registering as a lobbyist but becoming a “consultant” or “adviser” instead and doing the exact same work?

James Clapper, the U.S. Director of National Intelligence for the past six years, submitted his letter of resignation to President Obama on Thursday, which would take effect at noon on January 20. In other words, when Trump is sworn in as president.

While Clapper was highly regarded in his role, his tenure was not without controversy—namely the fact that he said they weren’t spying on American citizens, a claim that was debunked when whistleblower Edward Snowden leaked scores of information to the press.

So there’s one more key hire Trump has to figure out in his transition.

More than half the country still dislikes Trump, according to a new Gallup poll, which found 55 per cent of those surveyed held an unfavourable opinion of the president-elect. On the plus side for Trump, his favourability has gone up by 8 percentage points in the poll compared to when it was taken just before the election.

And despite a historically low favourability rating for an incoming president, Trump is reportedly planning a “victory tour”—but only to states that he won in the election.

Recommended reading: “How the presidency will hurt Trump’s brand” (The Atlantic)