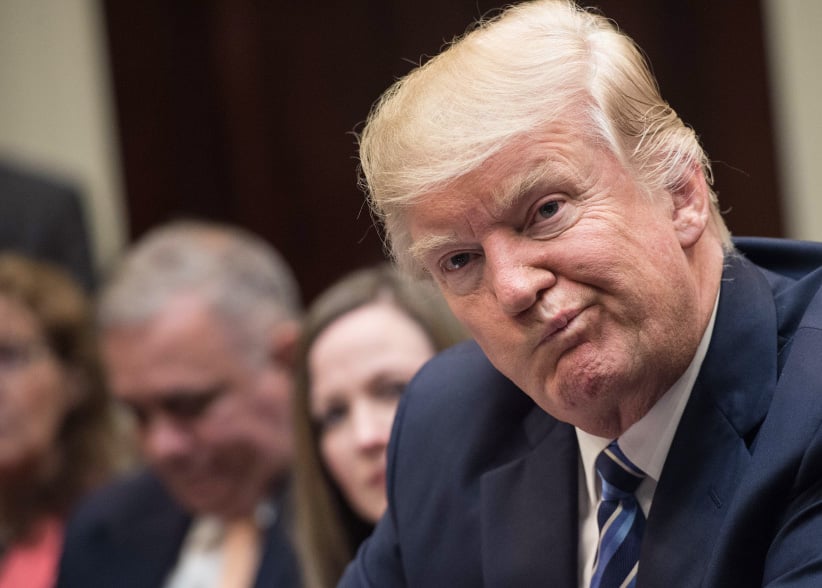 Donald Trump attends a meeting about healthcare in the Roosevelt Room at the White House on March 13, 2017. (Nicholas Kamm/AFP/Getty Images)

From zero to 24 million

Donald Trump once promised no American would lose coverage under the Republicans’ replacement for Obamacare. Then the Congressional Budget Office came out with a report saying the number of Americans who could lose insurance might hit 24 million. Then Mick Mulvaney, Trump’s budget chief, tried to play damage control by stating the CBO has been wrong before and they’re wrong now. On MSNBC this morning, Mulvaney said, “I don’t believe the facts are correct.”

Is the Donald Trump effect spilling into the Netherlands? Europe is about to find out as Dutch voters goes to the polls tomorrow. Among the candidates is Geert Wilders, an anti-Islam, anti-European Union, pro-Israel, nationalist politician with a penchant for social media who’s running for a populist party. He’s also an underdog, according to the polls. Sound familiar?

The Democrats expected we’d have the first female President of the United States by now. That didn’t work out for Hillary Clinton, but perhaps America will have another good shot in 2020. According to a New York Times article, before former Senate Minority leader Harry Reid retired, he asked Massachusetts Senator Elizabeth Warren to seriously consider running against Trump.

Making fun of Trump has been a major boon to Saturday Night Live’s ratings. But NBC announced that come August, when the show is on hiatus, SNL will be airing new 30-minute episodes of its Weekend Update sketch during primetime. Only thing to remember: it debuts on a Thursday.