Daily Trump Tracker: Ramping up the war on media 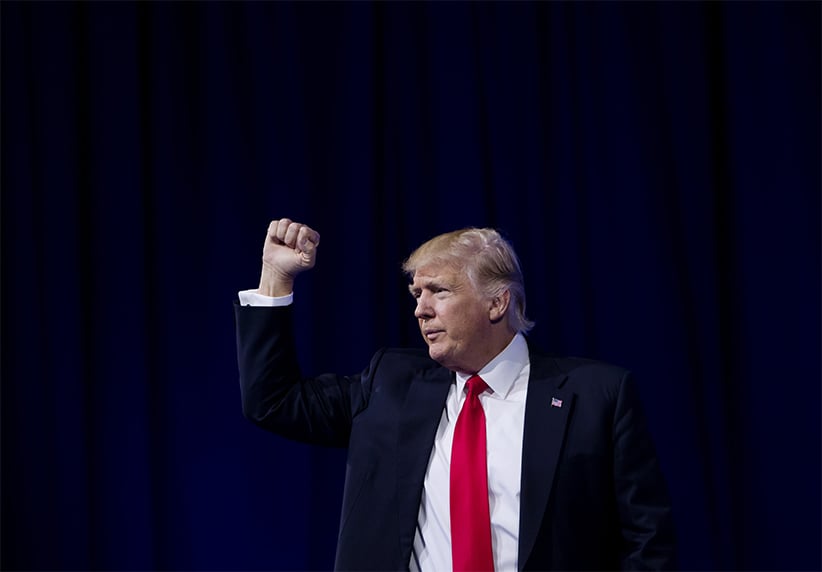 President Trump’s administration was handpicking which news outlets were not allowed to attend a media session with White House spokesperson Sean Spicer. Among those not invited to the Q&A on Friday reportedly included the New York Times, Politico, the Hill, Buzzfeed, The Daily Mail, New York Daily News, CNN, L.A. Times and BBC. Those still on the list of invitees included the far-right wing Breitbart News and One America News Network. Both the Associated Press and Time magazine were allowed to join, but declined to attend in protest.

Donald Trump’s speech at the Conservative Political Action Conference Friday was mostly a greatest-hits version of his typical campaign rally: CNN is “fake news,” his election victory was huge, there’s violence in Chicago, NAFTA is horrible, he’ll repeal Obamacare and that wall along the U.S.-Mexico border that will start “way ahead of schedule.” And what would a Trump rally be without those classic chants of “lock her up!” directed at Hillary Clinton.

Trump’s latest efforts to find out who’s leaking information to the media about his team being in contact with Russian intelligence officials during the election campaign involved tweeting his displeasure with the FBI on Friday morning for being unable to “find the leakers within the FBI itself.”

He followed that up at his CPAC speech, saying journalists should not be allowed to use anonymous sources. And then he told a story about how his friend “Jim”—a “substantial guy”—who doesn’t vacation in to Paris anymore because it’s not the same as it once was. If only Jim had a last name.

The FBI is totally unable to stop the national security "leakers" that have permeated our government for a long time. They can't even……

find the leakers within the FBI itself. Classified information is being given to media that could have a devastating effect on U.S. FIND NOW

In another effort to stomp out negative attention surrounding news stories about the Trump allies being in contact with Russian intelligence, the Associated Press reported that Trump’s chief of staff Reince Priebus asked a top FBI official to refute the news reports about the alleged communication between both sides. According to CNN, the FBI turned away the request.