Do America's perfect voters even live in the same country? 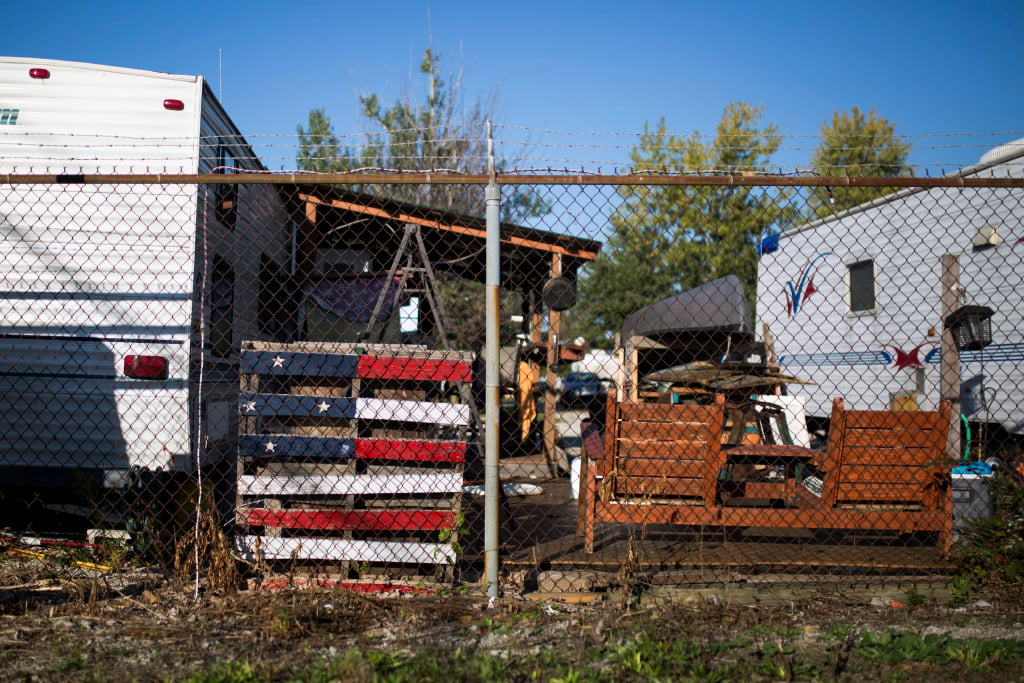 Everyone in Ottawa County, an almost-mystical collection of Midwestern farmland and summertime vacationland in northwestern Ohio, knows that however they collectively vote for president on election day, they’re almost certain to have picked the winner—even if they don’t particularly like anyone on the ballot.

Last November, voters here chose Donald Trump to lead the United States. Six months after his inauguration, the county mirrors the national political scene in another, sadder way: they’re so divided they don’t even appear to live in the same few square miles.

Adrienne Hines, the local Democratic Party chair, is resigned to four years with Trump in the White House. She says Americans deserve who they elected. “He is our market correction,” she says, sitting on a sunny patio in a corner of the county that’s voted reliably Republican for decades. “It might have actually been the best thing that could happen to this country. If Hillary Clinton had been elected, she was just so hated. I don’t think she would have gotten anything done. It’s difficult to live through [Trump], but perhaps at the end of the day we’ll be better and stronger.”

To call the relationship across party lines dysfunctional would be understating things. Hines claims that local party folks are totally at odds. “We’re still so polarized. Republicans and Dems aren’t talking,” she says. “We aren’t communicating very well on a local level any more than they are on a state or federal level.”

Hines knows some local Republicans who regret their choice last November, and are working quietly to distance themselves from the Trump brand and get behind emerging moderates. “It’s such a small community that you pretty much know where a lot of people stand these days,” says Hines. “I am definitely hearing that Republicans are growing concerned over Trump’s behaviour.”

Meanwhile, Hines’s counterpart on the Republican side, local party chair Carolyn Adams, senses little disturbance in her corner of red-tinted America. Last year she told Maclean’s that people in the county sought “a quieter time,” and in her eyes, that’s just about how things have played out. “I don’t sense a lot of angst out there,” she says. “I think for the most part, the folks here locally, we all know each other and respect the other one’s opinion whether we agree with it or not.”

Adams says there’s “still a real loyalty” to Trump in the county, and it’s rooted in an appreciation of his approach to governance—even if his tweets can be distracting. “Trump is a businessman. We can all govern with our hearts. That’s the easy thing to do,” she says. “But governing in a businesslike atmosphere and manner is tougher. You’re going to have naysayers.”

Don’t think rural Republicans have forgotten about Hillary Clinton or forgiven her for her alleged sins. Adams claims the locals still want Clinton prosecuted for that email scandal the FBI gave up investigating last year. (Days after Adams spoke to Maclean’s, Trump tweeted that Attorney General Jeff Sessions should be tougher on Clinton’s so-called “crimes”.)

It’s all too much for Joe Helle, the mayor of tiny Oak Harbor, who’s so disillusioned by the state of Ohio politics that he’s quitting his job to run for the local seat in the State Capitol. Helle, a maverick Democrat who wasn’t keen on Clinton’s run for president and makes no promises to the party that he’ll follow their lead, rhymes off a litany of issues plaguing his people. On his enemies’ list: a harmful algae bloom set to take over the western edge of Lake Erie, hitting vacationers and local fishers; a nearby nuclear plant that’s about to be worth a whole lot less, and as a consequence won’t pay nearly the same property tax to the county; and an opiate crisis that killed 18 people in the county last year and shows no sign of slowing down.

“I don’t even pay attention to the federal stuff because I’ve got so much going on here,” he tells Maclean’s during an interview in Oak Harbor. 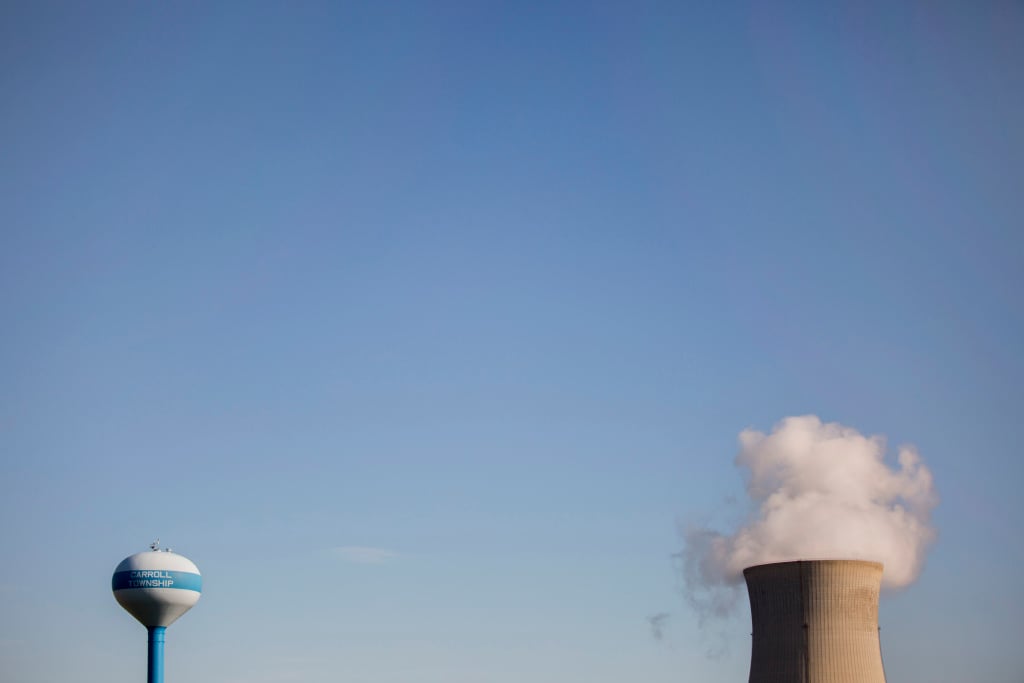 The future of the Davis-Besse nuclear facility is what pushed Helle over the top. The state government rejected the plant’s application for a zero-emissions tax break that’s offered to other renewable sources. The tax break, he says, would have added a few bucks to monthly customer bills—and saved about 700 jobs on the site. The cash-strapped plant could soon declare bankruptcy, which would mean less property tax paid into local coffers. Helle projects a dark future for local residents if the plant’s value drops too steeply, or it ultimately closes. He says the land’s devaluation will cost the local school board millions in funding, which will, in turn, drive down local house prices. Poor schools and low-value homes could mean residents give up and move away, leaving Oak Harbor in shambles.

Helle’s hoping a term in Columbus might shake things up, but if he wins, he likely won’t stick around for longer than a two-year term (state representatives are limited to four terms). “There’s nothing more I can do” as mayor, he says. Win or lose next year, he’s resigning the mayoralty, having accomplished everything he set out to do. But he doesn’t sound optimistic about whatever comes next, either in Columbus or Oak Harbor.

If there’s good news in Ottawa County, it’s that non-partisanship isn’t totally dead. Everybody cares about a cleaner, healthier Lake Erie. Adams and Helle were both relieved that Congress reinstated $300 million in funding for the Great Lakes Restoration Initiative. They’re both anxious about the nuclear plant, even if they can’t agree on a solution. And, of course, they’re forever bonded by their own bellwether.

But for all of Trump’s promises to return prosperity to the rust belt, there’s no reason to think grandiose change is just around the corner. “We don’t have a new factory coming. We don’t have more jobs coming. There’s nothing,” says Hines. Of course, six months isn’t a long time for a president’s policy to trickle down to a small county. But those perfect voters have been waiting a lot longer than six months for an economic turnaround as mystical as their reputation for democratic clairvoyance.