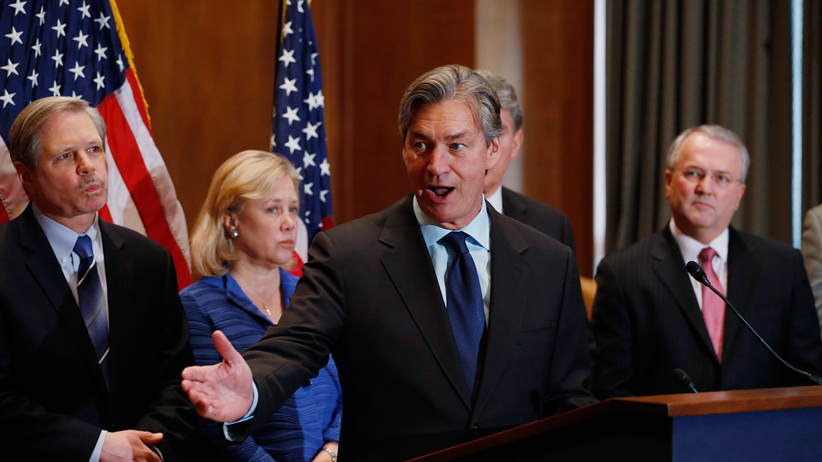 OTTAWA — Canada’s ambassador to the U.S. says this country needs to find a way to combat the influence of big money in American politics, which he says gets in the way of the interests of both countries.

Gary Doer told a luncheon in Ottawa on Wednesday that Canadian officials have to come up with new strategies to counter the power, scope and amounts of money spent in the U.S. on lobbying and presidential campaigns after years of giving the issue little attention.

The soon-to-be-former ambassador said the time is right to come up with a plan as the U.S. is in the midst of presidential primaries ahead of an election next year. Spending in the 2012 presidential election topped US$2.3 billion.

“You saw the donations in the last election campaign,” Doer said. “It is something we have to pay attention to and develop different strategies on.”

He said business people, academics and people interested in Canada-U.S. relations have to immerse themselves in American think-tanks and connect with future decision-makers.

“People in the think-tank today are going to be in the administration tomorrow,” he said. “It’s one of the ways to deal with some of the corporate power that is so prevalent, or individual power, that’s so prevalent with fundraising and money in the United States.”

Exhibit A, he said, was the millions spent over years to block construction of a new bridge between Detroit and Windsor, Ont, a crossing that would be the most important piece of trade infrastructure along the border.

The millions spent fighting the proposal meant the federal government in Canada and political supporters in Michigan “couldn’t get a nickel, a penny, (or) a paper clip” out of Congress for the bridge, Doer said. In the end, the two countries came to an agreement that bypassed Congress, with Canada financing the construction.

Doer touted the deal as a key accomplishment in the last year for Canadians officials in the United States.

He also said the time may be right for Canada to work with the U.S. on a North American environmental plan that includes strong policies on water resources and emission standards for cars, as U.S. President Barack Obama looks to cement his legacy.

Next year will be Obama’s last as president. Hillary Clinton remains the Democratic front-runner, while Donald Trump leads Republican primary polls. Doer said Trump should be seen as a serious candidate for the White House, because his support hovers around 30 per cent and his message resonates with the party’s base.

However, Doer said, “nominations are won on the extremes in the United States and the elections are won in the middle,” a fact that won’t be lost on party delegates who will ultimately decide on their candidate for the White House.

Whoever enters the White House won’t be dealing with Doer. He is to leave his post some time next year, although an exact date hasn’t been set.

Doer said the Liberals will have to choose the best person for the job, knowing the Republicans control Congress and the Democrats control the White House.

Of course, he admitted, all that could change with the election in 2016.

“This is a tough task for the prime minister and I’m sure he’ll make the right decision,” Doer said.