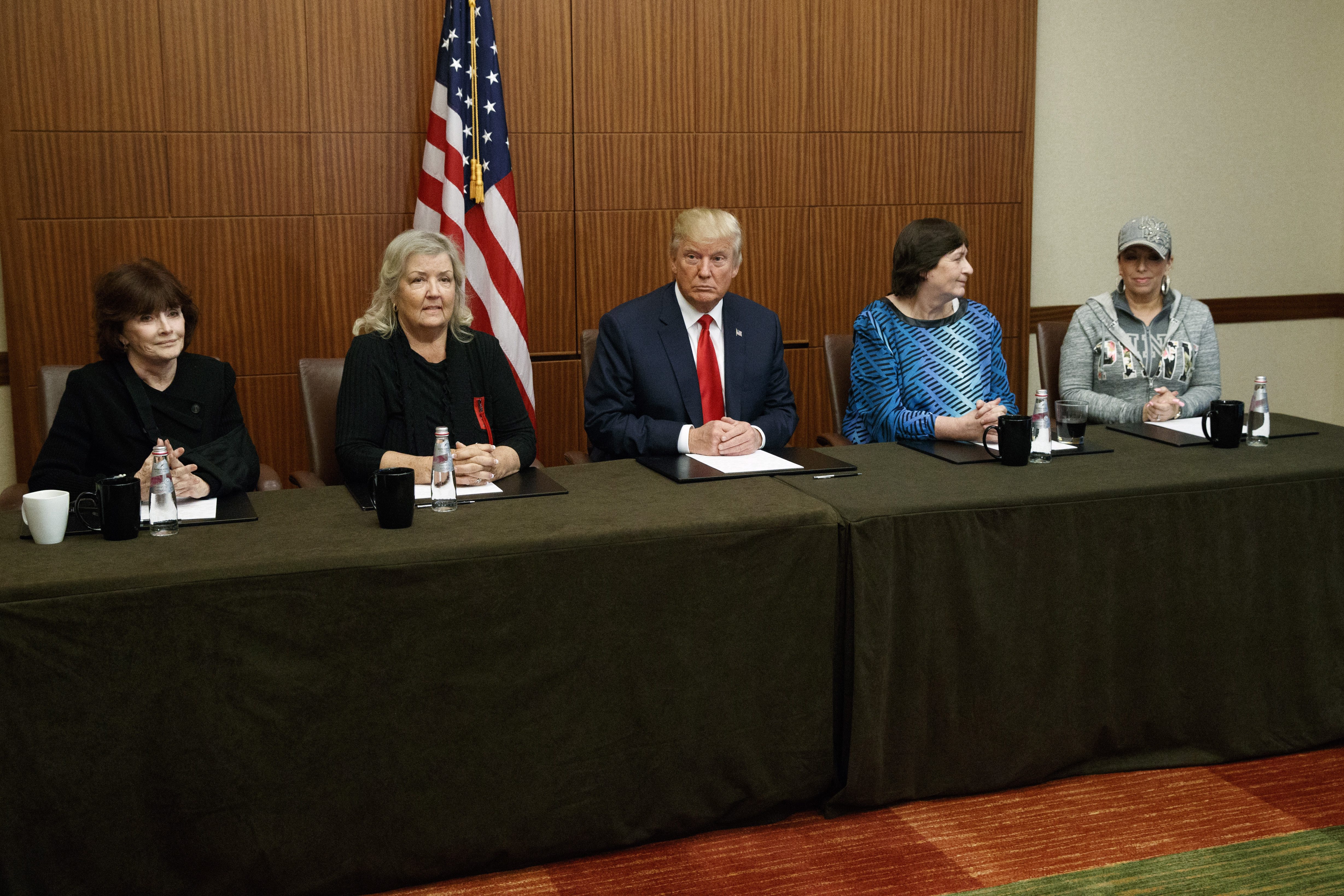 WASHINGTON — A sexual-assault victim who is critical of Hillary Clinton and who appeared alongside Donald Trump before Sunday night’s debate was paid $2,500 by a political action committee founded by Trump ally Roger Stone.

The Arkansas woman, Kathy Shelton, was sexually assaulted at age 12 and was the victim in a 1975 case in which Clinton was appointed to represent her then-41-year-old attacker, Thomas Alfred Taylor. Shelton has accused Clinton of crossing ethical bounds in the case, and over the past few months, Shelton has given TV and video interviews slamming Clinton.

Shelton’s case has been extensively cited in conservative media as evidence that Clinton, the Democratic nominee for president, does not have the best interests of women at heart.

The May payment to Shelton by the Committee to Restore America’s Greatness PAC, founded by Stone, was described as “contract labour” in campaign finance reports filed with the Federal Election Commission. Asked by The Associated Press about the reason for the payment, Stone said in an email that Shelton “was extensively interviewed on video about her experience with Hillary Clinton and was paid for her time.”

Shelton did not respond to a written request for comment left at her home in recent weeks by an AP reporter.

In 1975, Clinton was asked by a judge overseeing the case to represent Shelton’s alleged attacker. After the prosecution lost key evidence, Clinton’s client entered a plea to a lesser charge. In an interview a decade later, Clinton expressed horror at the crime, but was recorded on tape laughing about procedural details of the case. The audio has been seized on by conservative groups looking to attack Clinton’s candidacy.

Stone is a former lobbyist for Trump, the GOP presidential nominee, and has boasted about his role as a bit player in the Watergate scandal. Stone served as a senior adviser to Trump’s White House campaign in its early days. After separating from the campaign early last summer, Stone created a series of pro-Trump organizations. He has said he remains in direct touch with the candidate.

Stone has arranged to pay other women critical of the Clintons.

Earlier this year, Stone sought to raise money to pay off the mortgage of Kathleen Willey, who accused Bill Clinton of making unwanted sexual advances toward her during her time as a volunteer in his White House in the 1990s. Stone claimed in an online video interview that Trump had personally contributed to the fund.

Trump’s campaign has not endorsed Stone’s political action committee, and has sent the group a cease and desist letter. The campaign has denied that Trump gave money to Willey’s mortgage fund.

Shelton wrote on Twitter that her trip to the debate in St. Louis was being paid for by a company called WeSearchr. That firm was co-founded by conservative media figure Charles C. Johnson, an outspoken Trump supporter. WeSearchr says it crowdfunds research about rumours it believes are not being covered by news outlets.