Trump most popular with conservative Amish – but will they actually vote? 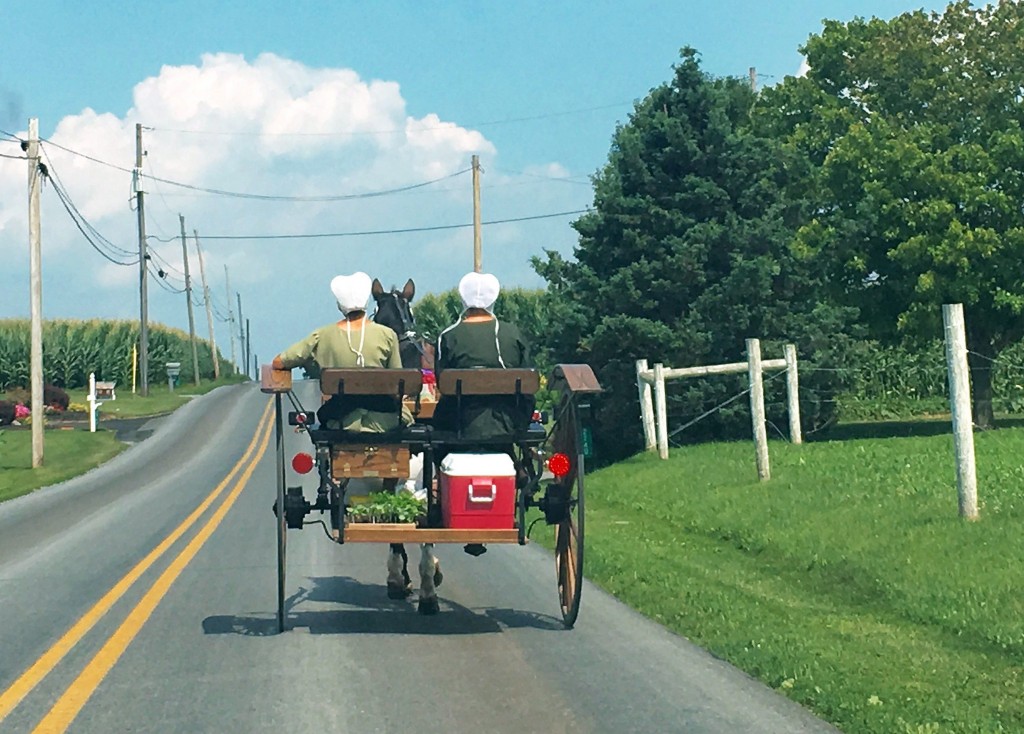 Young women from Pennsylvania’s Amish community ride a horse and carriage on Saturday, July 23, 2016, through Lancaster County. On the outskirts of a town called Intercourse, an entire community of people has survived this election season with its eardrums’ chastity never once penetrated by the sound of Donald Trump’s voice. THE CANADIAN PRESS/ Alex Panetta

INTERCOURSE, Pa. – On the outskirts of a town called Intercourse, an entire community of people has survived this election season with the chastity of its eardrums never once penetrated by the sound of Donald Trump’s voice.

Many Amish have never heard him speak. They’ve read newspaper articles about him, learned about him through word-of-mouth, but have never had the full sensory experience because their traditionalist faith forbids television, radio and the web.

So the reactions are spontaneous and physical when a reporter visits this farming community and attempts to impersonate the outer-borough twang of a candidate who brags about his billions, his beautiful wife and the gold-garnished skyscrapers adorned with his name.

“That’s a little too much bragging,” says a young woman at a bookstore counter. “Usually when people think too much of themselves, that’s when it all goes downhill.”

Across the parking lot with the horse and buggy, the local librarian strokes his beard and says: “We’re supposed to be humble and not have pride.”

Like everyone else interviewed here, they won’t let their names be printed. Modesty is so central to the Amish way of life that people in this Pennsylvania community won’t be photographed, won’t linger before mirrors and avoid media attention.

But here’s a shocker – most are pulling for Trump.

It begs the question of how a casino-owning, publicity-seeking, wealth-worshiping, serial-marrier of fashion models gains the support of people who don’t gamble, eschew glamour, detest divorce and consider bankruptcy repugnant because it means you’ve broken a promise.

Easily, it turns out.

The Amish are extremely conservative – so they support Republicans against a party they associate with abortion, homosexual rights and other forms of social liberalism.

Another factor frequently comes up in conversation: Hillary Clinton is a woman.

“No Amish is going to vote for Hillary,” says the man in the library. “No one wants a woman president. … What does Bill think about his wife running for president?”

On the wall, there’s a picture of the librarian’s ancestral hometown. His forefathers were imprisoned in a castle in Passau, Germany, before fleeing for the New World. On the floor, there’s an old wooden chest that brought his family belongings to America. He says they made the journey, fittingly, in 1776 – the year of independence.

A German dialect remains the common language here. Children learn English at school, which they attend through Grade 8. Then they usually work in a family business. Large families keep the community population growing.

The estimated 70,000 Amish in Pennsylvania could be a powerful voting bloc. In a close race, a big Amish turnout could put Trump over the top in a state that’s crucial to his northeastern rust-belt strategy. 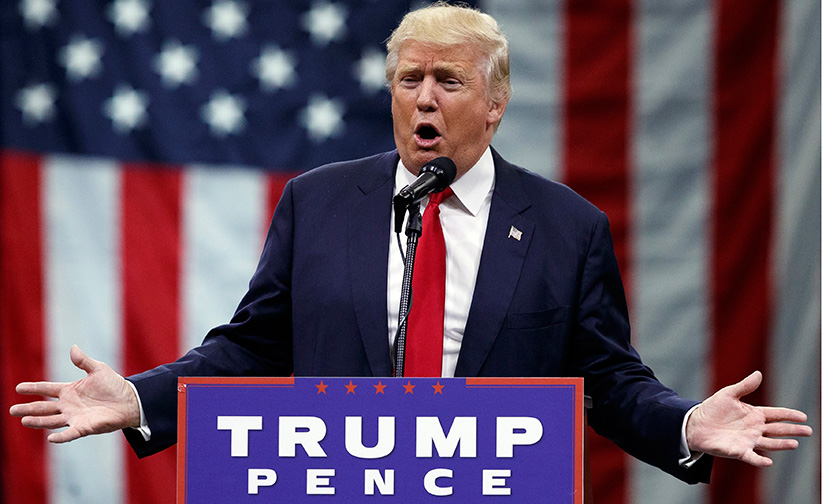 But there’s just one problem – the Amish don’t vote.

An estimated five per cent cast ballots in the last election. Getting voter ID isn’t the problem, they say. The issue, frankly, is they don’t really care all that much about voting. It’s not encouraged or discouraged by church preachers; it’s just not a priority.

One dairy farmer explains the case for not voting. The end of the world could happen at any moment, he says. In the meantime, every interim detail is determined by the Almighty.

“One guy on the knees (praying) will do more than 20 at the polls,” says the farmer, standing in front of his red barn. “God puts leaders in place to fulfil His plan.”

This farmer makes world-class organic butter used in fancy restaurants. That’s according to a non-Amish friend, because this farmer in the dusty pants and dark suspenders doesn’t brag. He doesn’t fret, either, about the world ending. He says he tries leading a faithful life; the rest is in the Lord’s hands.

He does fear for the country, though. He likens modern America to the biblical Sodom and Gomorrah.

He says its problems started with women’s rights. Men had always ruled the world, he says, since it was created a few thousand years ago. Then women started voting, they began working, then came birth control and family planning, abortion, gay rights: “It all went belly-up,” he said.

Of five people interviewed by The Canadian Press, none said they planned to vote.

Someone’s trying to change that.

A Super public action committee has been launched by a former member of the community. It’s printed ads that emphasize more relatable parts of Trump’s story: He doesn’t drink, works hard and involves his children in the family business. The ads gloss over the casinos, divorces, bragging and bankruptcies.

But Amish PAC founder Ben King says he’s trying to even out the score. He says newspapers don’t tell the whole story about Trump, and people need to hear it.

“The media … is doing a huge disservice to the country by not mentioning the successes he’s had,” said King, who left the community for a modern life.

King said there’s a sense of urgency – Pennsylvania could be a close race.

One of his most important tasks will be organizing car rides to distant polling stations. A lift, he figures, could shave two hours off some trips. Horse-and-buggy transport is notoriously slow. That’s one reason this semi-rural area known for its roadside jam stands also has huge traffic jams, with cars stuck behind plodding, four-legged vehicles.

For instance, if people wanted to hear Trump speak at an upcoming rally in the nearby town of Lancaster, the 15-kilometre trip would take an hour.

Don’t expect the bookstore clerk to slog all the way there. She expressed surprise when a reporter mentioned how a neighbour declared the whole community was pulling for Trump.

Raising an eyebrow, she replied sarcastically: “It was a man (who said that), right?”

She doesn’t intend to vote. But the woman in the bonnet said that if she did: “I prefer Hillary. I think she knows what she’s doing.”