How Trump could shift the Supreme Court's agenda

What one administration can do, the next can undo. 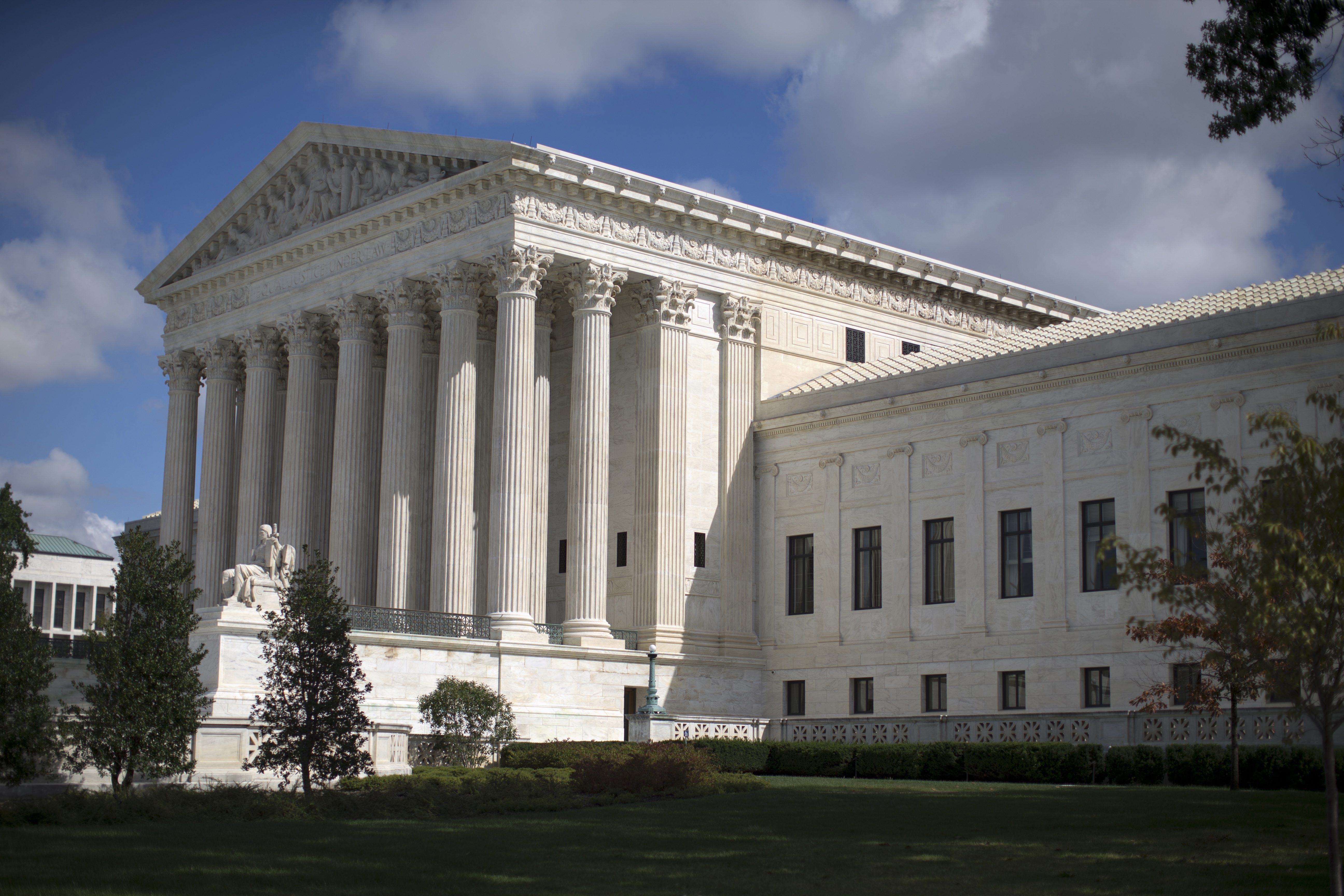 Donald Trump, as president, may have the opportunity to shift the Supreme Court’s priorities. (AP Photo/Carolyn Kaster, File)

Legal challenges involving immigration, climate change, cost-free contraceptive care and transgender rights all could be affected, without any help from Congress.

The cases turn on Obama administration policies that rely on the president’s pen, regulations or decisions made by federal agencies. And what one administration can do, the next can undo.

It is not uncommon for the court’s docket to change when one party replaces the other in the White House. That change in direction is magnified by the high-court seat Trump will get to fill after Senate Republicans refused to consider President Barack Obama’s nomination of Judge Merrick Garland.

“We were hoping we’d be looking forward to a progressive majority on the Supreme Court. After the election results, there is a new reality,” said Elizabeth Wydra, president of the liberal constitutional Accountability Center.

The Supreme Court already is set to consider a case involving a transgender teen who was born female, but identifies as a male and wants to use the boys’ bathroom at his Virginia high school. When the federal appeals court in Richmond ruled in student Gavin Grimm’s favour this year, it relied on a determination by the U.S. Education Department that federal law prohibiting sex discrimination in education also applies to gender identity.

Related: Hiding in the shadows of Trump’s America

The new administration could withdraw the department’s guidance, which could cause the justices to return the case to the lower courts to reach their own decision about whether the law requires schools to allow students to use bathrooms and locker rooms based on their gender identity.

“It is possible, maybe even likely, that if the first question went away, then the court would send case back to the 4th circuit” in Richmond, said Steven Shapiro, legal director of the American Civil Liberties Union, which represents Grimm.

Trump already has pledged to undo Obama’s plan to shield millions of people living in the country illegally from deportation and to make them eligible for work permits. The Supreme Court, down to eight members after Justice Antonin Scalia’s death in February, split 4 to 4 in June over the plan. The tie vote effectively killed the plan for Obama’s presidency because lower federal courts had previously blocked it.

But the issue remains a live one in the legal system, and supporters of the Obama plan had hoped that a new Clinton administration would press forward.

Now, though, all Trump has to do is rescind the Obama team’s actions, which would leave the courts with nothing to decide.

A similar fate may be in store for the current administration’s efforts to get cost-free birth control to women who are covered by health plans from religiously-affiliated educational and charitable organizations. The justices issued an unusual order in the spring that directed lower courts across the country to seek a compromise to end the legal dispute. The groups already can opt out of paying for contraception, but they say that option leaves them complicit in providing government-approved contraceptives to women covered by their plans.

The new administration could be more willing to meet the groups’ demands, which would end the controversy.

Women’s contraceptives are among a range of preventive services that the Obama health overhaul requires employers to cover in their health plans. All of that now is at risk, since Trump has called for repeal of the health care law.

Obama’s Clean Power Plan, calling for cuts in carbon emissions from coal-burning power plants, also could be rolled back once Trump is in office.

The federal appeals court in Washington, D.C., is considering a challenge by two-dozen mostly Republican-led states that say Obama overstepped his authority. The Trump team could seek to undo the rules put in place by the Environmental Protection Agency and it could seek a delay in the litigation while doing so, said Sean Donahue, a lawyer for the Environmental Defence Fund. Trump’s EPA would have to propose its own rules, which allow for public comment and legal challenges from those who object, Donahue said.

As some issues pushed by Obama recede in importance, others that have been important to conservatives may get renewed interest at the court. Among those are efforts to impose new restrictions on public-sector labour unions and to strike down more campaign-finance limits, including the ban on unlimited contributions to political parties.