Donald Trump criticisms of Clinton don't land, it's his own fault

Trump's feud with Paul Ryan and comments on U.S. electoral system derail his own messaging

By Steve Peoples and Jill Colvin, The Associated Press August 4, 2016 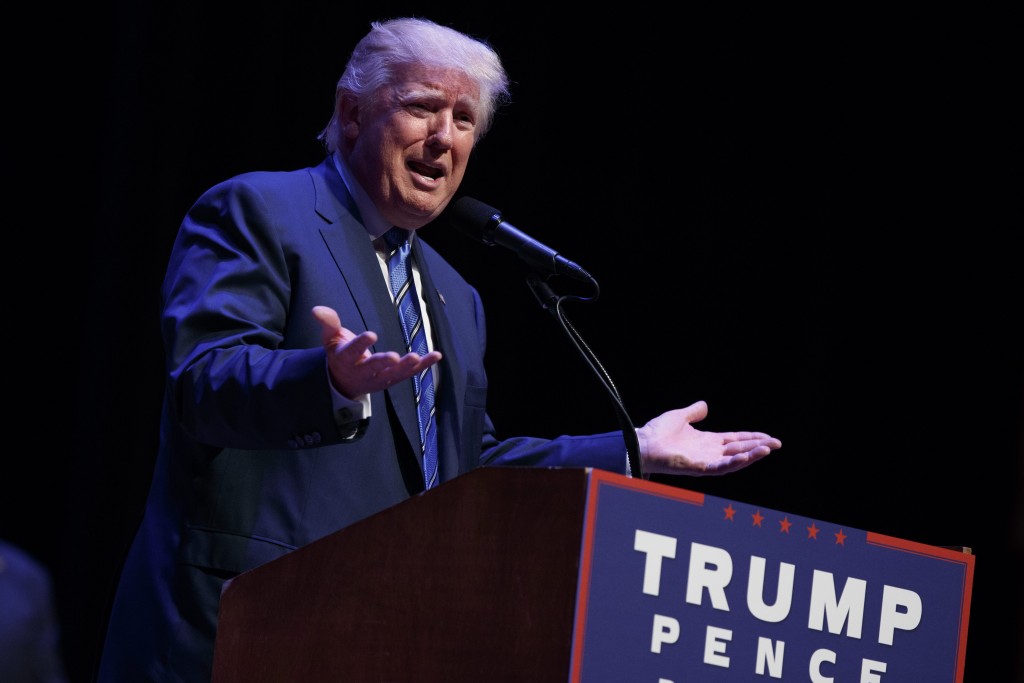 PORTLAND, Maine – Donald Trump’s warning that the November election might be rigged is “ridiculous,” President Barack Obama declared on Thursday, wading deeper into the 2016 campaign. Anxious Republicans, meanwhile, struggled to move attention from their own infighting to Democratic foe Hillary Clinton.

The feud between the GOP’s presidential nominee and Republican House Speaker Paul Ryan again overshadowed Trump’s Clinton criticism, underscoring the rising concerns from party leaders over the New York billionaire’s unorthodox candidacy and its impact on the future of the party.

Facing sinking poll numbers and campaign morale, Trump has questioned the integrity of the nation’s election system in recent days.

“I never heard of somebody complaining about being cheated before the game is over,” Obama said during a Thursday press conference.

“My suggestion would be: Go out there and try to win the election.”

The Republican speaker has declared his support for Trump, but he said such endorsements aren’t “blank checks” and pledged to speak out against the businessman’s divisive positions if necessary. Most recently, that means Trump’s sustained criticism of an American Muslim family whose son, U.S. Army Capt. Humayun Khan, was killed in Iraq.

“I don’t like doing this,” Ryan told a Wisconsin radio station. “I don’t want to do this, but I will do this because I feel I have to in order to defend Republicans, and our principles, so that people don’t make the mistake of thinking we think like that.”

The day before, vice-presidential nominee Mike Pence broke with Trump and endorsed Ryan. A Pence spokesman on Thursday issued a blanket endorsement for all Republican congressional incumbents seeking re-election, even as Trump withheld endorsements for Arizona Sen. John McCain and New Hampshire Sen. Kelly Ayotte as well as Ryan.

Addressing Maine voters later in the day, Trump was repeatedly interrupted by protesters, including some who were ejected after waving copies of the U.S. Constitution in the air _ a reminder of Trump’s criticism of Khan’s father, who waved his own copy of the Constitution as he criticized Trump at last week’s Democratic National Convention.

The businessman directed his own criticism at Clinton on Thursday, while briefly addressing the tension with Ryan.

He said he had given Pence permission endorse the speaker the day before.

“I say, ‘Mike, you like him? Yes. Go ahead and do it, 100 per cent,”’ Trump recalled of his conversation, interrupting his audience when they began to boo Ryan.

As the infighting continued, Trump and his allies lashed out at the Democratic presidential nominee’s foreign policy record.

Specifically, they contended that Clinton was responsible for negotiations that led to a $400 million U.S. payment to Iran earlier in the year. Trump and some other Republicans have described the money as ransom payment for four Americans detained in Iran days before the money was delivered.

“It’s so sad, so disgusting,” Trump said of the payment.

At his news conference, Obama strongly rejected the idea of a ransom. “This wasn’t some nefarious deal,” he said of a payment that was part of a decades-old dispute over a failed military equipment deal.

As Trump used the issue to assail Clinton, he faced new questions about his description of a video he suggested was taken by Iranian forces removing bags of money from a plane.

Several senior U.S. officials involved in the Iran negotiations said they weren’t aware of any such video.

A campaign spokeswoman acknowledged that the video in question was unrelated footage Trump watched on television. Yet the Republican candidate cited it again during his Maine appearance, insisting that the Iranian government released the footage to “embarrass our country.”

At the same time, Clinton criticized Trump for outsourcing at his companies the very jobs he’s promising to create back home.

“Everything he’s made he’s made somewhere else,” she said as she toured a Las Vegas electric manufacturer Thursday afternoon. “I’ve met people who were destroyed by Donald Trump, so take a look at what he’s done, not what he says.”

Trump’s missteps have caused widening ripples of anxiety among Republican officials with the election just three months away.