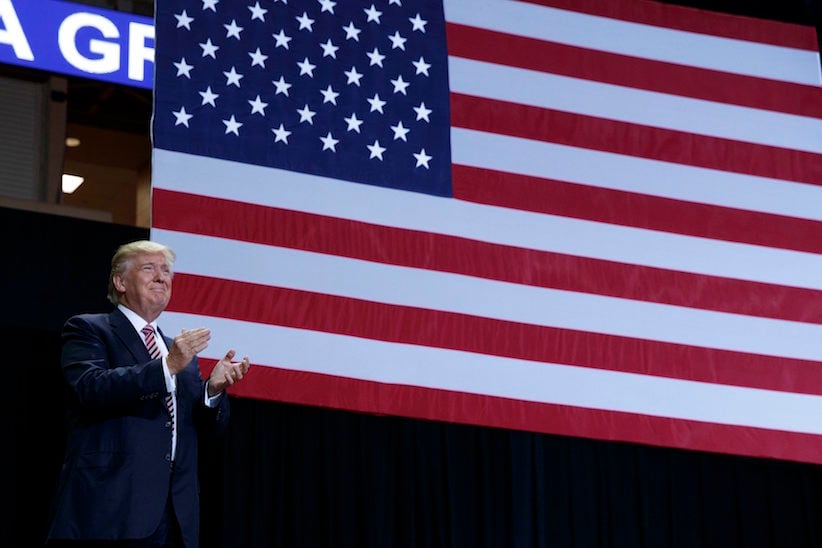 PHILADELPHIA — Republican Donald Trump is unveiling a plan for a major increase in defence spending as he works to convince skeptics in both parties that he’s ready to lead the world’s most powerful military.

The New York businessman, who has struggled at times to demonstrate a command of foreign policy, will outline plans to “add substantially” to the nation’s arsenal of submarines, ships and combat troops in a Wednesday morning speech in Philadelphia, according to a briefing provided by his campaign. Trump’s address comes hours before his national security acumen is tested at a “commander in chief” forum on NBC.

The appearances mark an intense, two-day focus on national security by Trump, who has offered tough rhetoric on the nation’s challenges abroad but few details.

“I think my single greatest asset, of any assets I have, is my temperament,” Trump declared in North Carolina on Tuesday, fighting to undercut arguments that his erratic disposition is a major liability.

“They know they can count on me to be the kind of commander in chief who will protect our country and our troops, and they know they cannot count on Donald Trump,” Clinton said en route to Florida. “They view him as a danger and a risk.”

While Clinton and Trump will be featured at the Wednesday night forum, they will appear at separate times and will not face each other on stage. The forum could serve as a warm-up to their highly anticipated first presidential debate, scheduled for Sept. 26 in New York.

Trump was set to deliver another speech Wednesday evening, at the convention of New York’s Conservative Party, also expected to feature a heavy national security focus.

A late morning address at Philadelphia’s Union League will outline his plans to eliminate deep military cuts, known as the “sequester,” enacted when Congress failed to reach a budget compromise in 2011.

A Trump adviser, speaking on the condition of anonymity to share details ahead of the speech, said Trump would ensure the additional spending is fully paid for. The adviser did not explain how, but suggested there would be no need for structural budget cuts to pay for the billions of additional military spending over 10 years.

Beyond new spending on troops and naval assets, Trump will also call for additions to sea-based missile defence.

Trying to emphasize his military support, Trump’s campaign released a letter on Tuesday from 88 retired generals and admirals citing an urgent need for a “course correction” in America’s national security policy. It was aimed at rebutting Clinton’s arguments that she would be best positioned to lead the military and reassuring Republicans who have openly worried that his provocative statements might undermine U.S. alliances.

“We believe that such a change can only be made by someone who has not been deeply involved with, and substantially responsible for, the hollowing out of our military and the burgeoning threats facing our country around the world,” the military leaders wrote. “For this reason, we support Donald Trump’s candidacy to be our next commander in chief.”

On Tuesday night, Trump promised to convene his military commanders soon after taking office with “a simple instruction” aimed at the Islamic State group. “They will have 30 days to submit to the Oval Office a plan for soundly and quickly defeating ISIS,” he told North Carolina voters.