In overnight trading, the Canadian dollar dipped more than a full cent against the greenback at one point. 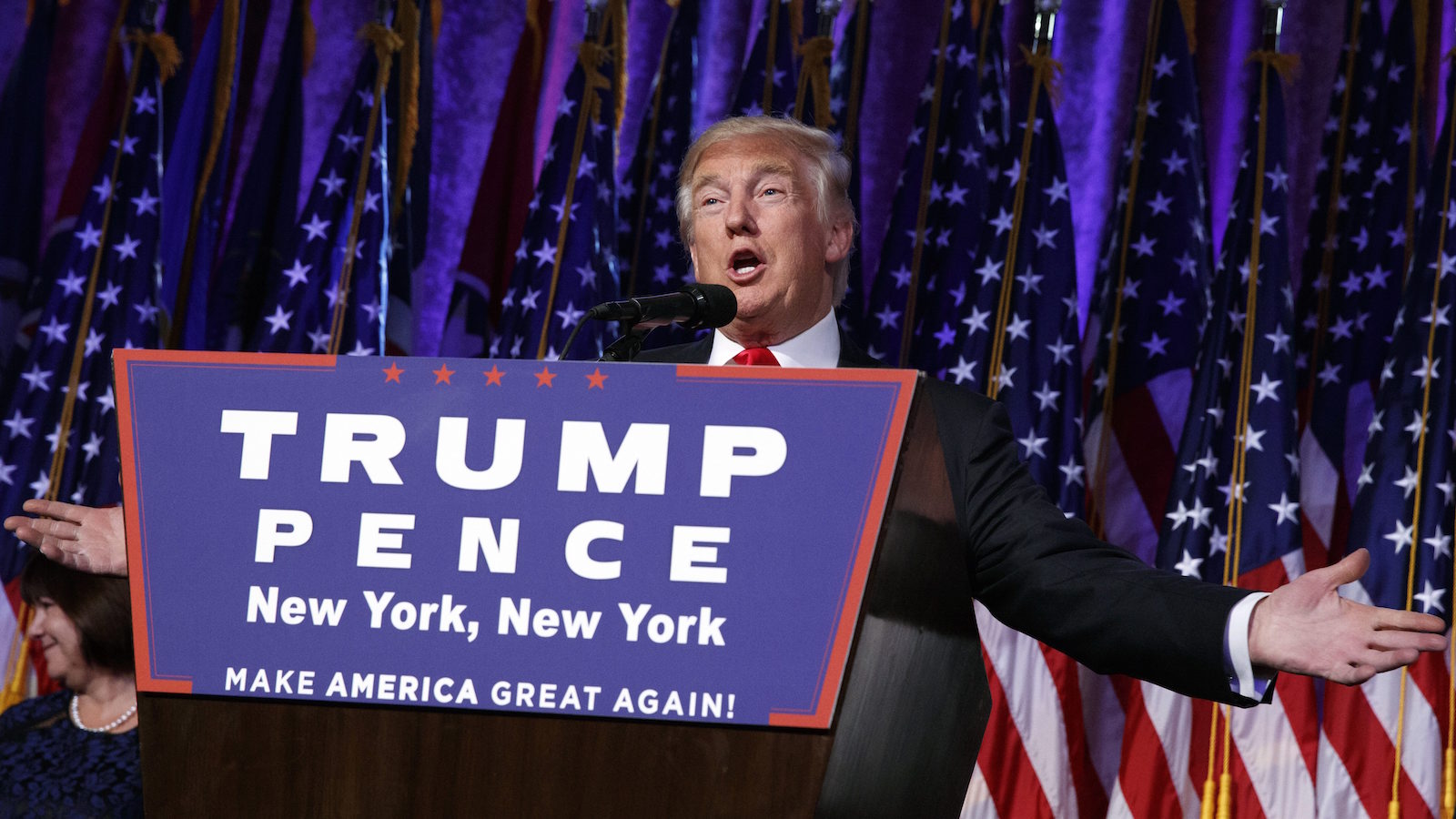 It set the stage for what could be a rough ride for investors in Canada, where energy and commodity prices are key.

In overnight trading, the Canadian dollar dipped more than a full cent against the greenback at one point.

Though uncertainty remains over Trump’s trade, immigration and geopolitical policies, investors appeared somewhat soothed by his victory speech, in which he praised Clinton and urged Americans to “come together as one united people” after a deeply divisive campaign.

“That the reaction seen thus far appears to have been much more tempered is probably due to the emollient and conciliatory nature of Trump’s acceptance speech, and the fact that there was always that nagging doubt that the pollsters may well be wrong,” said Michael Hewson, chief markets analyst at CMC Markets.

As Trump gained the lead in the electoral vote count, investors became increasingly uneasy and share prices tumbled in Asia, which were open during the election results. Dow futures were down 4 per cent at one point. However, by the time Trump was confirmed the winner and made his speech, financial markets had steadied.

The dollar also recouped some ground, while assets that many investors search out at times of uncertainty, such as gold and the Swiss franc, came off earlier highs. An ounce of gold was up 1.9 per cent at $1,299 while the dollar was only 0.1 per cent lower at 0.9764 Swiss franc.

One currency that remains heavily sold is the Mexican peso. It was down 8.2 per cent at 45 U.S. cents as the prospect of a wall along the United States’ southern border — a key campaigning point for Trump — has come one step closer to reality. Trump has insisted that Mexico will pay for the wall. Also potentially impacting the peso is Trump’s threat to rip up trade deals like the North American Free Trade Agreement, a key plank in Mexico’s economic strategy and growth.

“If Trump is able to follow through with these suggestions, Mexican activity will suffer greatly,” said Jane Foley, senior foreign exchange strategist at Rabobank International.

In overnight trading, the Canadian dollar dipped sharply initially and was later down more than a half a cent from Tuesday’s close.

Under the U.S. constitution, Trump doesn’t formally take the reins of power until January but he will begin the transition to his presidency almost immediately. In the coming weeks, investors will be looking to see if he further tempers some of the rhetoric that polarized American opinion and often spooked investors in financial markets.

Trump’s victory could make the U.S. Federal Reserve less likely to raise its key interest rate at its next meeting in mid-December _ especially if financial markets remain under pressure. Some analysts are ruling it out entirely.

Another point of interest will centre on the U.S.’s trade relations with China. Trump’s victory has raised concerns that the U.S. and China might embark on a trade war of sorts and that protectionism around the world will grow.

“Investors will right now be in the process of attempting to differentiate between Trump’s actual policy positions and some of the more outlandish statements made on the campaign trail,” said Michael Levy, an emerging markets investment director at Barings.