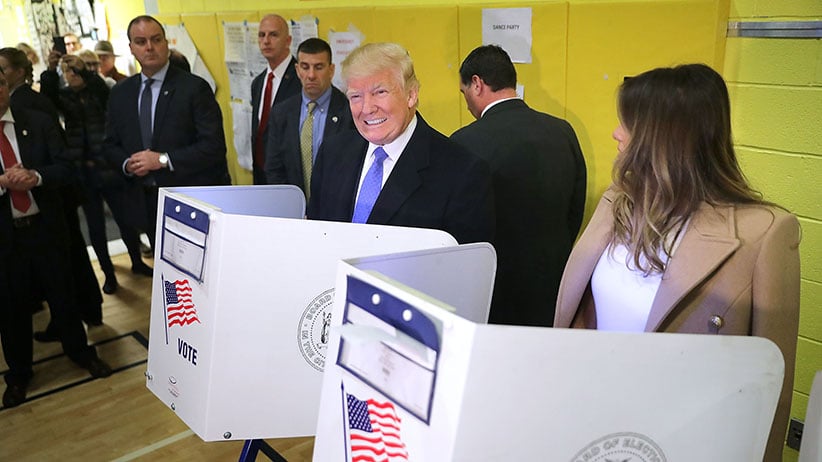 Republican nominee for president Donald Trump arrived to vote this morning in New York City amid boos from a crowd gathered outside the polling place.

Hundreds of onlookers watched as Trump, his wife Melania, daughter Ivanka, and son-in-law Jared arrived Tuesday morning at their polling place at a public school on Manhattan’s East Side.

Live television footage of Trump’s arrival, as well as reports from the scene, suggested that many of those awaiting Trump’s arrival were there to give the candidate an unfriendly greeting.

Journalists reported that many outside booed the candidate as he stepped out of his car.

In midtown Manhattan. Donald Trump emerges from car at 10.56am and waves on way to vote. People on nearby pavement boo, jeer and shout.

Trump gets heckled and boo'd as he votes in NYC.

Trump said: “it’s a great honour, a tremendous honour” to be casting his ballot.

As for his longstanding concerns about voter fraud, he says. “We’re always concerned about that.”

His final message to voters: “Make America great again. That’s all it is. That’s what it’s all about.”

With files from the Associated Press.