Ohio has long been a crown jewel of presidential politics. But observers suggest it's not a must-win state for Hillary Clinton 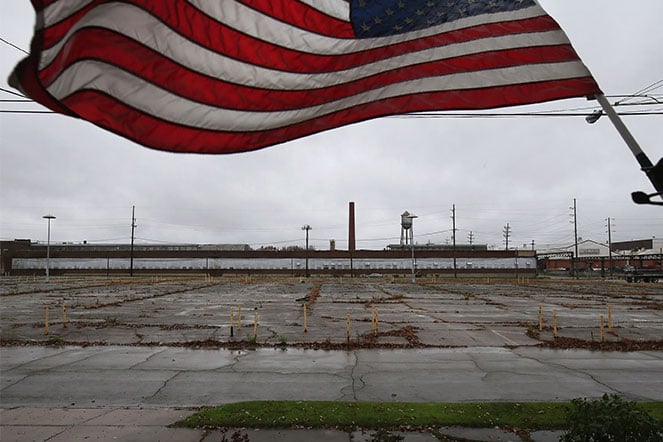 TOLEDO, Ohio — When Hillary Clinton arrived in Ohio on Monday, she marked her first appearance in the Midwestern battleground in a month.

While Clinton was away, Republican rival Donald Trump showed strength in Ohio public opinion polls, buoyed by his appeal with the state’s white working-class voters. In another blow for Democrats, party groups have cut funding for their Senate candidate, Ted Strickland, the former Ohio governor who has struggled in a race that was once expected to be among the most competitive in the nation.

In previous election years, any sign of shakiness in Ohio — long a crown jewel of presidential politics — would have a campaign on edge. But Democrats’ increasing reliance on minority voters to win presidential elections has opened new avenues to the White House for Clinton, and turned Ohio — where about 80 per cent of the state’s population is white — into a less essential state.

In a memo to supporters last month, Clinton campaign manager Robby Mook outlined several scenarios in which the Democratic nominee can win the election without carrying Ohio. “Hillary has a lot of paths,” he said confidently.

While Clinton aides concede Ohio’s demographics are less favourable than other political battlegrounds, they dispute any suggestion that they’re not treating the state as a top-tier target.

Clinton arrived in Toledo Monday armed with a new endorsement from the state’s biggest star: LeBron James, an Ohio native who plays for the Cleveland Cavaliers.

“I hope to be elected president, but I know here in Ohio, LeBron will always be the king,” Clinton said. She was making a second stop in Ohio later Monday afternoon in James’ hometown of Akron.

In an economic appeal to Ohio voters, Clinton condemned big corporate actors who she said protect their own profits at the expense of workers and their communities.

“If you scam your customers, exploit your employees, pollute our environment, or rip off taxpayers, we will find ways to hold you accountable,” she said.

With big cities and sprawling suburbs, booming college towns and Appalachian poverty, Ohio has long been viewed as a bellwether for the nation’s political mood. It also has a storied place in presidential political lore: No Republican has ever won the White House without carrying the state.

In 2004, it was Ohio that tipped the election toward Republican George W. Bush in his close race against Democrat John Kerry. In 2012, the state was seen as a litmus test for whether economically frustrated voters were willing to give President Barack Obama another four years to bolster the post-recession recovery.

As a result, Obama was a constant presence in Ohio. He held five rallies there in September 2012 and another five in October. He also headlined six events in Ohio in the final four days of campaigning, going on to win the state by three points.

Curt Steiner, an Ohio Republican who worked for the state’s former governor and senator George Voinovich, said that pattern seems unlikely to replicate itself in the final stretch of the 2016 race.

“I don’t think we’re going to see the candidates as often as we have in the past,” said Steiner, though he believes the race between Clinton and Trump remains competitive in Ohio.

A flood of Clinton surrogates has spent time in Ohio during the candidate’s September absence. Former President Bill Clinton will roll through on a two-day bus tour this week and Obama will headline the state’s Democratic Party dinner later this month.

Clinton’s campaign has spent more than $17 million on television and radio advertising in Ohio during the general election — nearly 6 times more than Trump, according to data from Kantar Media’s political ad tracker. The Democrat also has about 400 paid staffers working in the state and 61 campaign offices, with a few more opening this week, according to her campaign.

“No one wins Ohio without hard work and we invested in Ohio early — and continue to do so,” said Chris Wyant, Clinton’s Ohio state director.

A wild card for Clinton is the state’s Senate race. Republican Sen. Rob Portman, fueled by a well-funded, data-savvy campaign, has pulled ahead of Strickland significantly, prompting some Democratic groups to pull money from the race.

Jeff Rusnak, an Ohio Democrat who ran Bernie Sanders’ campaign in the state, said it was a “mistake” for Democrats to curb support for a Senate candidate in a state where the presidential race will also be competitive. He said he worries about a “reverse coattail affect,” where a flood of Portman voters also push Trump over the top.