Donald Trump isn't responsible for poisonous American politics, but he's what you get when everything goes wrong in the just right way 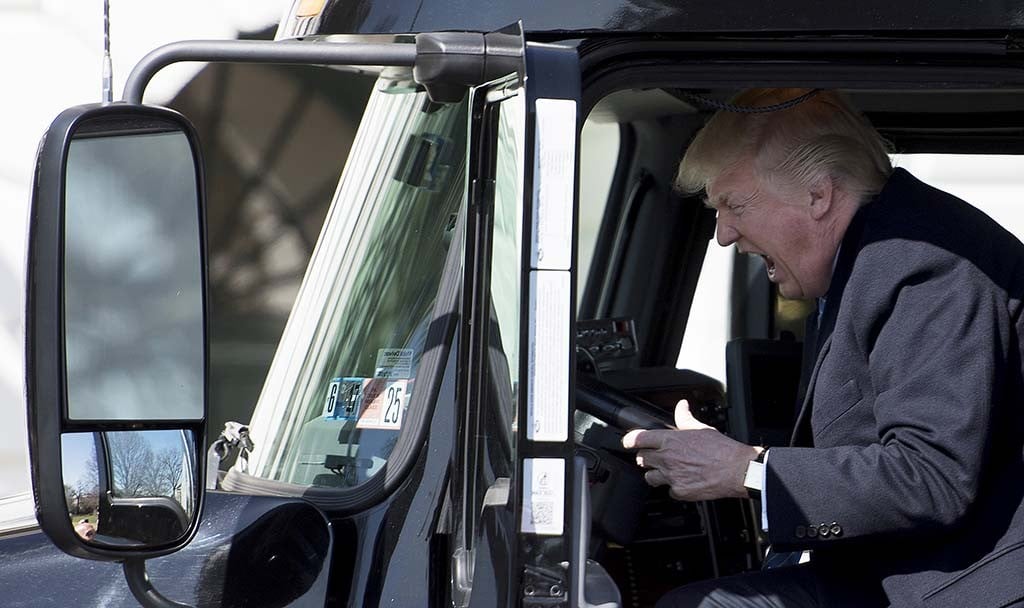 President Donald Trump is the result of a horrific mutation of the American body politic; he’s what you get when everything goes wrong in the just right way. He emerged from the fetid depths of the worst of American political culture: a dangerous, incompetent, cynical leader underwritten by just enough of the same buried deep within the country’s institutions.

How? Toxic levels of polarization; endemic racism, misogyny, homophobia, transphobia, and xenophobia; a hollow culture of celebrity veneration; atrophied civic capacity; collapsing levels of trust; and years of economic exploitation leading to unconscionable levels of inequality all contributed to Trump’s rise. While America remains, as Leonard Cohen put it, “the cradle of the best and of the worst,” the latter is currently in charge of the executive branch and supported by dyed-in-the-wool partisans, the legislative branch, and, soon enough, the judicial branch, too.

READ MORE: How American democracy could slowly fade away

In May, Joel Stein argued in Time magazine that the United States had become an “idiocracy.” He was referencing the 2006 Mike Judge film in which the Earth’s inhabitants have become so unbearably stupid that when an underachieving every-man awakes after 500 years of a military hibernation experiment, he finds himself to be the country’s smartest man. Trump bears an eerie resemblance to the president in the film, former wrestling champion Dwayne Elizondo Mountain Dew Herbert Camacho.

Eleven years ago, Idiocracy was a carnival take on the logical outcomes of the worst of American politics and culture. Today, the Trump administration regularly resembles the film turned up to 11 and set on fire. Indeed, the parade of the macabre that is Trump’s irresponsible and unhinged tweeting, attacks on media, his ersatz-Uday-and-Qusay-Hussein sons and close family members simultaneously running the country and his business empire, dodgy and likely illegal dealings with an autocratic Cold War rival, impotent attempts at passing cruel laws, a cabinet full of soulless and clueless plutocrats, and spate of bizarre and reactionary executive orders begs for a film of its own.

The president is a mutation of the American body politic insofar as he embodies the extremes of partisanship, cynical politicking, self-enrichment and aggrandizement, and callow diplomacy layered on top of authoritarian impulses and nativist, populist rhetoric targeting the worst impulses of a disaffected population. He has been made possible by a pock-marked political history that goes way back and includes troubling practices including the filibuster, gerrymandering, government shutdowns, and policymaking based on donations and special interests—not to mention despicable episodes with long-term effects that include the genocide of Indigenous people, slavery, and mass incarceration.

It isn’t unusual for politicians in the United States to engage in politically dubious behaviour that furthers their partisan ends but undermines democratic institutions. Gerrymandering, for instance, has a long enough history in America, and while both sides do it, Republicans are far better at drawing electoral district boundaries to improve their chances at winning elections, no matter if the district lines end up looking like something you’d see during an acid trip. While Democrats tepidly tried to resist Trump’s Supreme Court nominee, Neil Gorsuch, Republicans used their numbers to block President Obama’s nominee, Merrick Garland, for the same seat in 2016. Both parties have long memories, including 1987, the year that Democrats blocked Reagan’s choice of Robert Bork to join the Court—a confirmation battle that gave us the almost-onomatopoeic verb “to bork,” which signals a point of deep party polarization.

In the 1990s, Republicans waged a full-blown political war against President Clinton and his administration, shutting down the government in 1995 and 1996, and impeaching but not removing the president in 1998 in a way that made the O.J. trial look like an episode of The Brady Bunch. During the George W. Bush years, Democrats tried to impeach the president over the Iraq war, among other transgressions. (“Fun” fact: Trump supported the impeachment effort.) Republicans enjoy a decisive advantage and more distinguished pedigree when it comes to being petty, partisan, and awful—there’s no equivalence between the two parties—but the Democrats are by no means innocent of a history of wrongdoing. Each side, naturally, blames the other.

A review of the long history of Republican and Democratic shenanigans at the local, state, and national level reveals a tit-for-tat story worthy of Isaac and Ishmael. A deeply divided America marked by inequality, racism, and capitalist excesses produced the swamp Trump promises to drain—though it’s much bigger and deeper than he let on. The swamp is full of “elites” and “special interests”, but swimming among them are Trump’s enablers and consiglieres. Of course, the president will never drain that swamp: he is the Swamp Thing.

Trump didn’t come from nowhere; he isn’t, as some biologists say, sui generis. He is the product of a system that has for decades made the election of someone like him more and more likely each year. As his popularity declines and he becomes more desperate and isolated, a number of things could happen. He might change his ways—“see the light,” as it were, like Saul on the road to Damascus. (If anyone is taking bets, I’d like to wager my retirement savings against that possibility.) Alternatively, his party might abandon him, cut its losses, and lop off his head for good measure. The nightmare scenario is that Trump digs in, emboldened and supported by deep polarization between the parties, pursues his agenda, indulges his worst impulses, and drives Americans even further apart while risking the future of the republic.

If he does indeed pursue the darkest timeline, the Trump mutation might take hold—it might become the new normal. If the president embraces that chaos, he risks normalizing even further polarization and discord, driving the United States closer to the brink of a disaster for which it is ill-prepared and from which it might not be able to recover. In that world, the cataloguers at IMDB might eventually have to re-categorize Idiocracy as a documentary.