Don't allow the 'alt-right' to disguise hate in linguistic semantics

Words are being stripped of meaning. But the brawl over words like 'alt-right' and 'ilk' can make it hard to focus on the fights that really matter 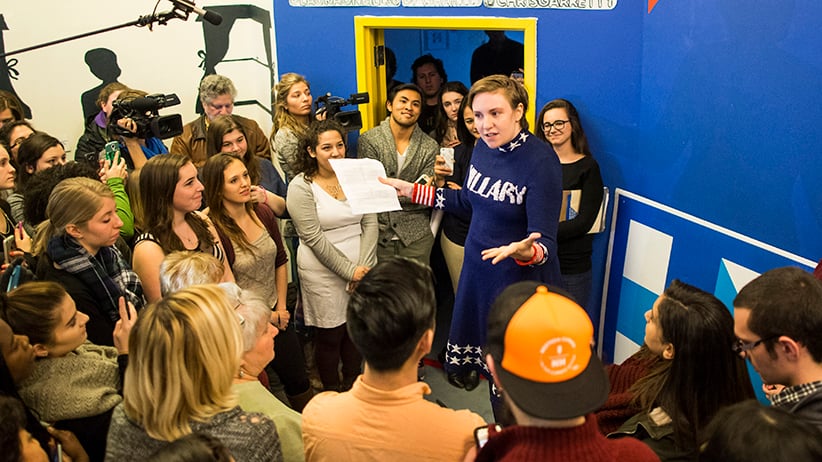 As a new political vocabulary takes grip after the U.S. election, one word has quietly emerged as a shared pan-partisan putdown: “ilk”—as in “your ilk,” “his ilk,” “her ilk.” In itself, “ilk” is a perfectly good word, a synonym for “type,” “sort,” or “the same thing.” But, unlike “type,” “ilk” bristles with disdain. We saw it in a New York magazine feature last week about Trump’s chief strategist Stephen Bannon’s dislike of Paul Ryan that noted “Bannon’s antipathy for the Speaker and his ilk . . . ,” “ilk” being understood to mean adherents of (once) mainstream American conservatism. “Ilk” has also proved useful in hate speech, witnessed last week when actress Emmy Rossum took to Twitter to denounce anti-Semitism: “Trump supporters are sending me messages threatening to send me & my ‘ilk’ to the gas chambers & writing hashtags like ‘#sieg hiel.’ [sic] NOT OK,” she wrote. One vile tweet, now removed, read in part: “This is your ilk’s future,” below a photoshopped image of Auschwitz with “Trump” branding. Here, usage harks to “ilk’s” Old English and proto-German origins to describe families or clans, or a coincidence of name and estate, as in “Guthrie of that ilk.”

“Ilk” fits nicely into a new polarized political discourse in that it’s a word that creates distance by calling out the “other.” It’s rarely approving (you don’t hear of “brain surgeons and their ilk”). When people say “Trump and his ilk,” it’s not a fond reference to self-proclaimed billionaires with spray tans who play golf. It’s a way to lump together people you reject. “Ilk” can be vague, seen in a dismissal of Lena Dunham after she wrote an essay expressing grief over Hillary Clinton’s loss: “If Democrats don’t purge her ilk, they will lose,” read one tweet. What “her ilk” meant isn’t clear: Successful Jewish feminists? Self-referential authors with their own TV shows? Millionaire Millennials?

“Ilk” may seem innocuous but it’s a gateway word in a coarsening discourse that sees words not only recast but stripped of meaning altogether. Consider Trump University, a scam with as much connection to higher learning as a cock-fight. What we’re seeing is a wholesale abandonment of language as socially shared code. Even before his inauguration, Trump and his team have distanced themselves from verbal accountability: last week, an aide to Japan’s prime minister was quoted by Reuters saying Trump’s team told him not to take the president-elect’s campaign remarks “literally.”

It’s useful advice given the rise of the veiled mild lexicon used to usher in a harsh new landscape. Take the ubiquitous “alt-right,” which sounds like a keyboard command, not a neo-Nazi movement espousing racial hate, segregation and deportation. It’s the self-described term for loosely connected white-power groups incubated in the dark recesses of the web, denoting an “alternative” conservative establishment; Trump’s appointment of Bannon, former chairman of extremist platform Breitbart News, renders “alt” obsolete. Richard Spencer, president of the National Policy Institute, and a leading ideologue of the racist, homophobic, misogynistic movement, likes “alt-right.” “It has an openness to it,” he told CNN. “We’re coming from a new perspective.” In other words, he’s selling “alt-right” as a new product, not a brand extension of what the world has seen before in Germany, Argentina, Spain, and other fascist regimes.

Spencer, once described by the Southern Poverty Law Center as “a suit-and-tie version of the white supremacists of old,” also prefers “white nationalist.” (Bannon goes by “economic nationalist.”) Of course he does. It brings to mind a bunch of patriotic Caucasians, not xenophobes calling for an all-white country, and the horrific police state it will entail. Some in the media have jumped onboard; Mother Jones ran a Spencer profile titled, “Meet the dapper white nationalist who wins even if Trump loses.” (It later dropped “dapper.”) CNN even provided a helpful primer: “ ‘White nationalism,’ a term once on the fringes, now front and center”—a self-fulfilling headline if ever there was one. But we’re seeing resistance: ThinkProgress, a progressive website, just announced it will only use “alt-right” when quoting; otherwise, it will choose the most accurate descriptor, such as “white supremacist.”

George Orwell would be right at home with a new doublespeak that includes 2016’s word of the year—“post-truth”—which means lies, and “fake news” for propaganda. As Orwell wrote in his 1946 essay Politics and the English Language: “A bad usage can spread by tradition and imitation even among people who should and do know better. But if thought corrupts language, language can also corrupt thought.” Orwell also noted that debased language can be convenient. It abets wilful blindness, seen in widespread acceptance of such odious euphemisms as “ethnic cleansing,” or, Spencer’s preferred phrase: “peaceful ethnic cleansing.”

That’s worth remembering during discussions of the spurious differences between “white nationalists” and “white supremacists” destined to take us down new semantic hell holes. Some “white nationalists” argue the “white supremacist” goal of a 100 per cent pure white society is unrealistic. Instead, they call themselves “race realists,” a rational-sounding term that refers to people who buy into “scientific racism,” the false notion that “scientific” research and hypotheses support the belief in racial superiority. “Scientific racism” focuses on distinctions, “the practice of classifying individuals of different phenotypes into discrete races,” to quote one sociology textbook. And that brings us back full circle to the new use of “ilk” at this harrowing linguistic moment, one in which the only thing requiring more vigilance than how words are used is how they are being deployed, literally, to deflect attention from action.