Maclean’s Bulldog, Oct. 4: Trump's team defends his taxes, while Bill Clinton has bad things to say about for Obamacare 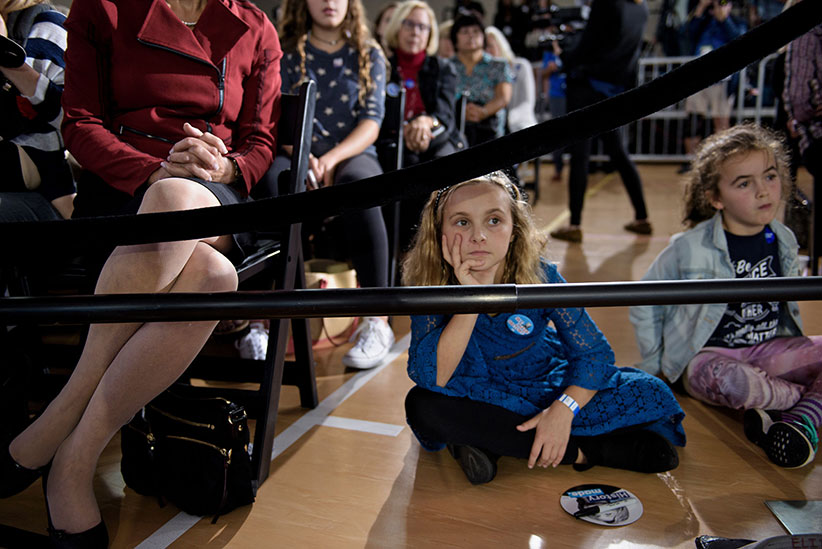 Oct. 4, 2016: On the day of the vice-presidential debate, Donald Trump supporters waited in vain for a WikiLeaks “October surprise” to derail Hillary Clinton’s momentum, Bill Clinton had some bad things to say about Obamacare, Vice-President Joe Biden called Trump “an ignorant man,” and Clinton’s poll numbers continued to move in her favour.

All the while, the vice-presidential candidates were ready to square off for a national audience in the “battle of the normals,” as Politico dubbed it. Will America bother to tune in?

In the face of stories suggesting Trump could have gone as many as 18 years without paying a dime in federal income tax, in part thanks to a $915 million reported loss on his 1995 income tax return, Trump’s campaign manager, Kellyanne Conway, told CBS Tuesday morning that the Republican nominee has “paid hundreds of millions of dollars in taxes over decades.” Conway went on to list “city, state and local taxes; real estate taxes, property taxes, federal payroll taxes and excise taxes.”

The CBS anchor stepped in: “You didn’t say income taxes.” Conway replied: “Well he certainly has, in years that he made a profit, like anybody else, he paid income taxes.”

But if voters are looking for proof, the only way might be for Trump to finally release his tax returns, like every other presidential nominee since Richard Nixon has done, which the 2016 nominee has adamantly refused to do thus far.

Bill Clinton and President Obama are on the same team, in that they both would like Hillary Clinton to be elected, but at a Michigan rally on Monday, Bill ripped into Obama’s signature policy reform—the Affordable Care Act (or Obamacare)—calling it “the craziest thing in the world.” Why?

“You’ve got this crazy system where all of a sudden 25 million more people have health care and then the people who are out there busting it, sometimes 60 hours a week, wind up with their premiums doubled and their coverage cut in half,” Bill said. “The people that are getting killed in this deal are small businesspeople and individuals who make just a little too much to get any of these subsidies.”

In early September, CNN’s national poll had Trump leading Clinton by two points—and he was quick to boast about his lead.

But in a new CNN poll one month later and, critically, after a poor debate performance from Trump, followed by a litany of scandals (Miss Universe, his tax returns, his charity, etc.), Clinton now has a five point lead.

Coupled with polls in battleground states swinging in Clinton’s direction, the New York Times’s “The Upshot” concludes that Clinton now has about a 79 per cent chance of winning the presidency.

A 15-year-old with a question

Brennan Leach is too young to vote. But the 15-year-old crafted a question for Clinton at a Pennsylvania rally that shows the potential lingering effects of Trump’s comments toward women. Leach told Clinton about the issue of body image at her high school and “the damage Donald Trump does when he talks about women and how they look.” So she asked Clinton how she could help girls understand that are more than their looks.

The Clinton campaign said the question was not vetted beforehand. Regardless of whether it was or not, a young girl asking the question shows the damage Trump’s words can cause to young girls—and his own political aspirations.

Whitewater will be kept under wraps

Back in the 1990s, a prosecutor prepared a draft of a criminal indictment for Hillary Clinton with regard to the Whitewater (not Watergate) real estate scandal, but the indictment was never issued, nor was it ever presented to a grand jury. What did it say? A conservative group sued the National Archives last year for the release of the record under the Freedom of Information Act, but a judge rejected that lawsuit on Tuesday, citing privacy concerns.

“Disclosure of the drafts of the proposed indictment would not shed light on any agency’s performance of its statutory duties, but potentially shed light solely on the character of Mrs. Clinton, independent to her position as a public official, which is not the objective of the [Freedom of Information Act],” the judge wrote.

Joe Biden had some of the toughest words for Trump in an interview aired on CNN Tuesday morning. While the vice-president said Trump is “not a bad man,” Biden added “but his ignorance is so profound—so profound.”

Biden’s latest accusations of Trump included calling the Republican nominee “out of touch” with America’s military members trying to cope with mental health issues such as PTSD. At a Monday event, Trump appeared to suggest that the veterans dealing with mental health issues are not strong. But it may have simply been a poorly worded phrase from a rather sympathetic answer Trump was giving:

The Trump #PTSD quotes are being taken out of context, badly. The full quote is actually sympathetic. pic.twitter.com/jYfHE5dBAi

An ‘October surprise’ on hold

Fans of the site Infowars, a conspiracy theory website that is decidedly pro-Trump, were waiting for the WikiLeaks release that would ruin Clinton’s candidacy. That’s at least what they figured would happen when WikiLeaks founder Julian Assange made a 10-year anniversary address at 3 a.m. EST. Instead, the video offered no new revelations whatsoever, but only promises of future releases to come. So maybe expect some new conspiracy theories as to why WikiLeaks had nothing today.