Inauguration images: Organizers went a long way to ensure social distancing, and most of the hugs occurred within families. But some attendees got caught up in the moment. 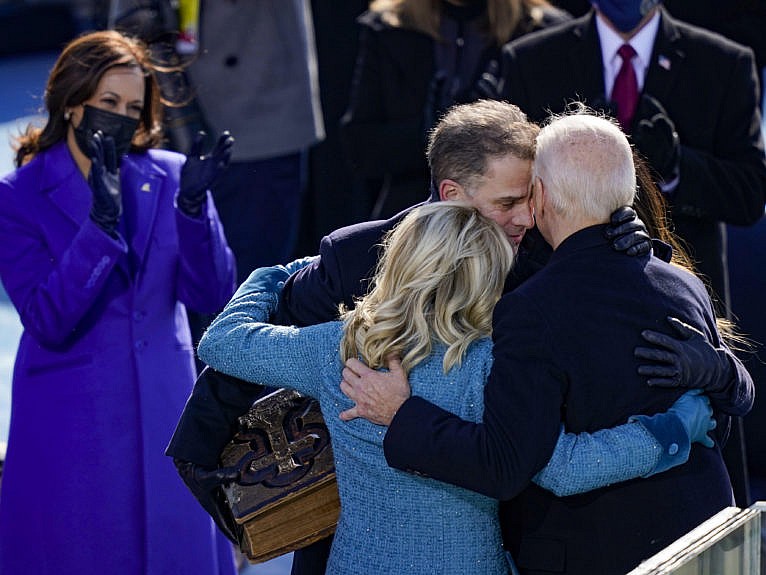 U.S. President Joe Biden embraces his family First Lady Dr. Jill Biden, son Hunter Biden and daughter Ashley after being sworn in during his inauguation on the West Front of the U.S. Capitol on January 20, 2021 in Washington, DC. During today's inauguration ceremony Joe Biden becomes the 46th president of the United States. (Drew Angerer/Getty Images)

If you just tuned in to catch Lady Gaga, J. Lo and Garth Brooks crooning Americana classics during the presidential inauguration on Wednesday, amid dozens of celebratory politicians hugging loved ones tightly and shaking hands, you wouldn’t guess that more than 400,000 Americans died last year from a lethal airborne virus. Nor would you suspect that, over the last four years, the United States has descended into waves of xenophobia, white supremacy and divisive politics, egged on by a guy whose name we no longer have to say every day because he’s out of a job and his Twitter account finally got shut down. Joe Biden didn’t need to address the elephant who just left the room. The 46th president was elected on the promise of a return to normalcy. He seems perhaps overzealous to deliver on this promise: despite the 25,000 National Guard members called in to prevent another violent insurrection; despite the threat of an invisible virus that’s killed more than two million people worldwide; despite the 74 million Americans who voted for the president who departs as the least popular in their nation’s history—despite all the dystopian imagery comprising this historic inauguration, Biden and his family, Kamala Harris and hers, their many colleagues and celebrity supporters all got swept up in the moment, forgetting their duty as asocially distancing role models. The result was escapist fantasy: hugs, fist bumps and selfies, all flying in the masked face of health and safety protocols. This was not a tableau to please an epidemiologist, though—except for these fleeting moments—attendees did appear to be adhering to distancing guidelines that the previous administration routinely brushed aside. If the complete paradigm shift many anticipated at the White House was not on display, this was at least a step in the right direction. 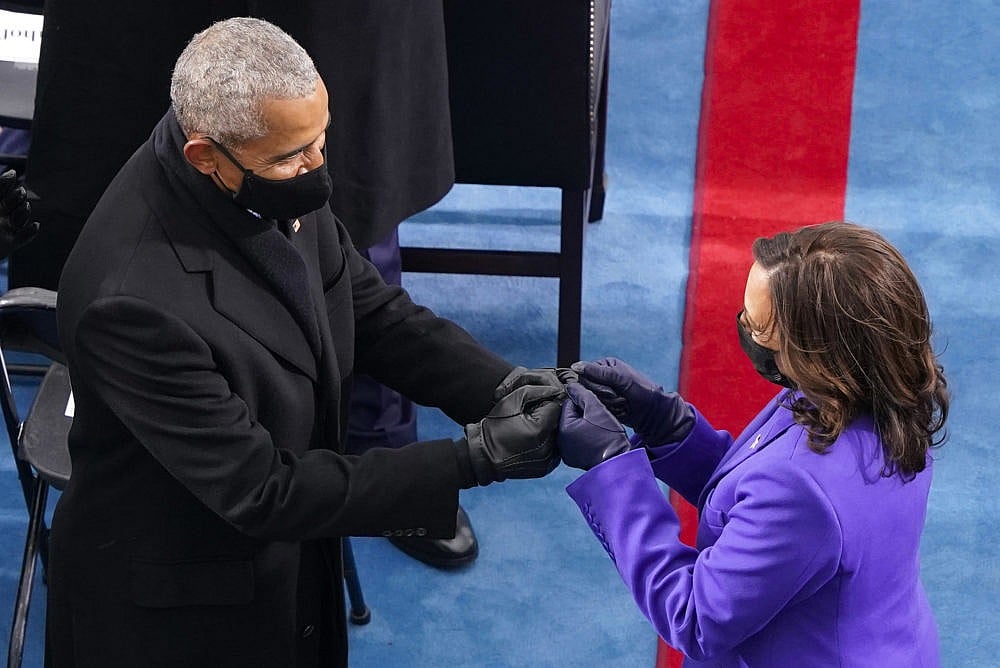 Vice President-elect Kamala Harris is greeted by former President Barack Obama during the 59th Presidential Inauguration at the US Capitol in Washington, January 20, 2021.