Erica Smegielski to DNC: 'My mom was murdered. So I'm here.'

Daughter of principal killed at Sandy Hook: 'I'm here for the mothers and daughters who are planning weddings.' 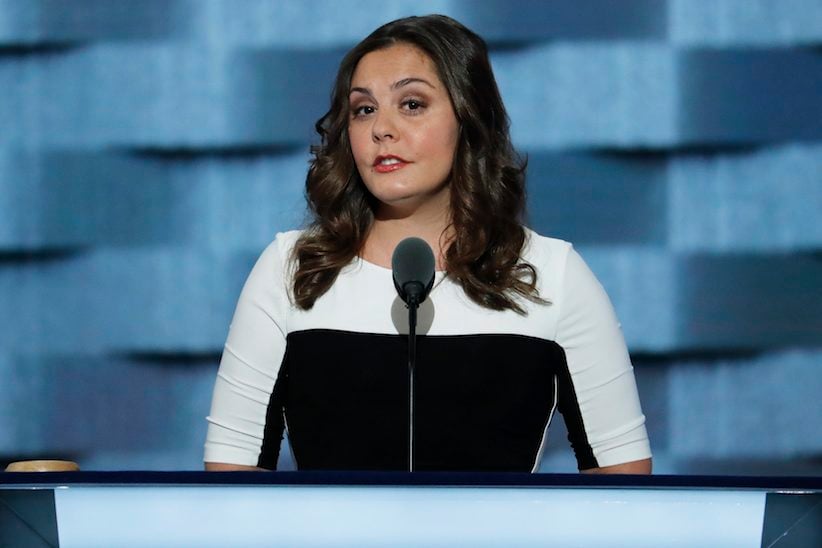 I should be home, like so many Americans watching on TV with my mother, as we nominate the first woman to be President of the United States.

But, my mom was murdered. So I’m here.

I’m here for the mothers and daughters who are planning weddings, so that you get to watch your daughter walk down the aisle.

I’m here for those lives cut short, in a school, or a movie theater, in a church, at work, in their neighborhoods or homes — because those voices should never be silenced.

I am here alone — without my mother — while too many politicians cower behind the gun lobby instead of standing with American families.

We don’t need another Charleston, or San Bernardino, or Dallas, or countless other acts of everyday gun violence that don’t make the headlines.

We don’t need our teachers or principals going to work in fear.

What we need is another mother who is willing to do what is right — whose bravery can live up in equal measure to my mom’s.

We need to elect Hillary Clinton as the 45th President of the United States of America so that no other daughter ever has to say: I would give every day I have left for just one more day with my mom.

FILED UNDER: Democratic convention 2016 FOR THE RECORD Sandy Hook