However, Comey said, Clinton's email use was 'extremely careless' with classified information 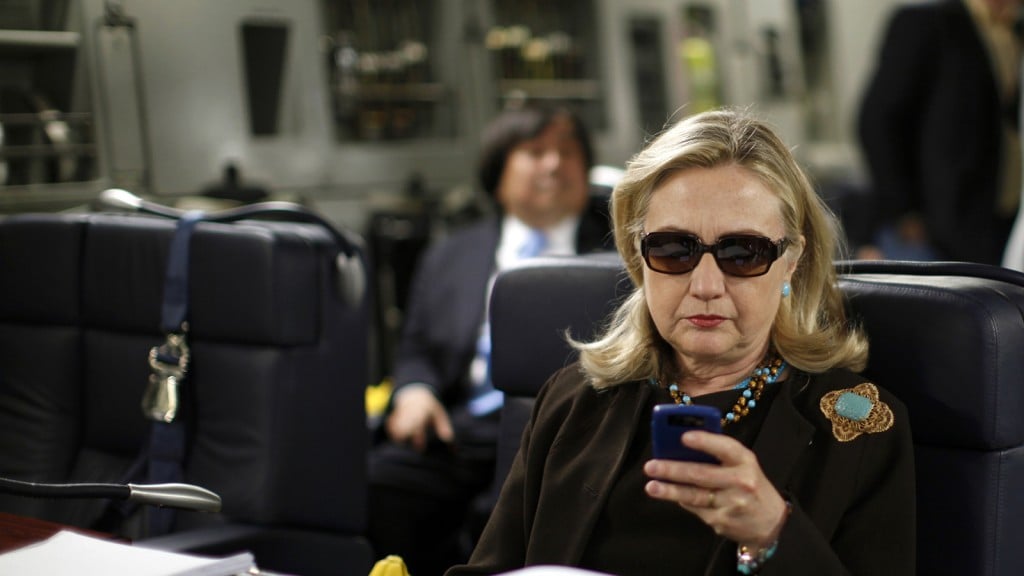 WASHINGTON — Hillary Clinton has learned she won’t be arrested while running for president — that’s the good news after a year-long investigation by the FBI into her unusual email habits.

The bad news is that the blast radius from the missile she dodged has inflicted far-reaching political damage with polls showing her popularity impaired, her credibility on life support, and her claim to competence undermined.

The FBI announced Tuesday that it won’t recommend charges in a heart-stopping, 16-minute statement from director James Comey whose every word held the potential to toss the Democratic nomination into disarray and shape the 2016 U.S. election.

Comey said laws might have been broken. In cases like this, he said, charges could sometimes be laid for mishandling classified information. But he said past convictions involved a variety of factors — including wilful mishandling or a desire to harm the national interest.

“We do not see those things here,” Comey said.

“Our judgment is that no reasonable prosecutor would bring such a case . . . In looking back at our investigations into the mishandling or removal of classified information, we cannot find a case that would support bringing criminal charges on these facts.”

That likely concludes her legal saga; the political one is barely underway.

He called her reckless with classified information, including eight top-secret messages he said should never have been on a private email system. He said it was sloppily safeguarded — even a Gmail account would have had a full-time security staffer, which her homemade server didn’t have.

And he smashed the story line Clinton has been offering the public.

She has explained she set up her extra-governmental email system for convenience, wanting all private and work messages on one device. Comey revealed that over the years she had used multiple servers, and multiple devices.

Comey also noted that despite what she’s been saying since last year, she hasn’t belatedly turned over all her work-related messages for record-keeping. Comey said investigators were able to find a number she never submitted, while concluding the omissions were accidental and not a coverup.

His unflattering recitation of the facts cast a shadow over what was to be a bright day on the Clinton campaign. A few hours later, she was appearing with Barack Obama at the president’s first rally of the 2016 campaign.

The fact that she’s now leaning on the president illustrates the damage done over the past year.

Before the email scandal, Clinton was far more popular than the incumbent. Her favourable rating in early March of last year was high — nine per cent more people viewed her favourably than unfavourably, according to polls compiled by Real Clear Politics.

By the time she announced her presidential bid, a few weeks after the scandal broke, her popularity was in negative territory. A Gallup poll says only 32 per cent of Americans now deem her trustworthy.

Her favourable rating is now minus-16 per cent.

But Clinton’s likely general-election opponent is the most unpopular presidential candidate in the history of modern polling. Donald Trump is 12 percentage points less popular than her — his favourability rating is minus-28 per cent.

She leads the likely Republican nominee in virtually every national poll.

Trump reacted by pivoting to his preferred election message that she’s part of a corrupt establishment and, in this season of voter restlessness, he’s the establishment-smashing outsider.

“The system is rigged,” Trump tweeted.

In fact, Gen. David Petraeus was charged after evidence that he used a covert tactic for passing along messages to his mistress through his email draft folder.

While some commentators sputtered in frustration at Comey’s decision, a few accused him of political hackery.

Comey is a Republican who donated to Obama’s election opponents John McCain and Mitt Romney. His agency spent three-and-a-half hours interrogating Clinton over the weekend.

The Obama administration announced last week that it would follow the advice of the FBI and justice officials in deciding whether to prosecute her — Comey’s announcement Tuesday renders the possibility of that outcome virtually nil.