Turns out Donald Trump is just a regular guy, who wants to scare the hell out of you 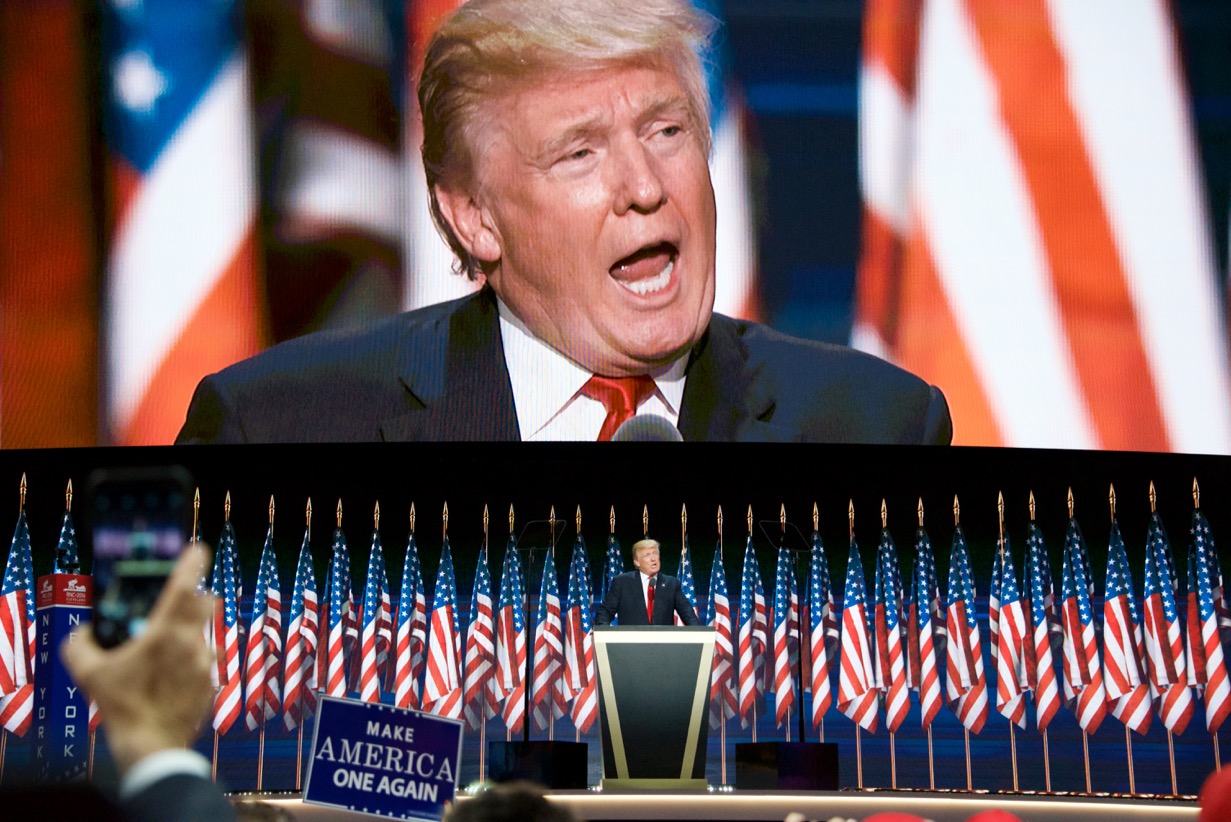 The thinking among Republicans at the party’s national convention in Cleveland went like this: The only thing we have to fear is fear itself—so let’s get started.

For four straight nights, speakers from the party of Lincoln and Reagan (similar to that guy on Lost, Republicans must say the name “Reagan” every 108 minutes or their world ends) described a country “mired in fear . . .  afraid . . .  terrified to death.” The list of things to be ascared of included:

The star of the convention was, of course, Donald Trump. But its soul was Rudy Giuliani, the former New York mayor who described a frightened, diminished country on the brink of ruin. “There is no next election!” he hollered to/at delegates. “This is it!” People wildly cheered the end-of-days imagery. Rudy is nicely setting himself up to run as a warlord along his nation’s post-apocalyptic hellscape. It’s mourning again in America!

Even in hard times, conventions are usually aspirational in tone. But Trump and his followers spoke almost entirely of the darkness. Millions of illegal immigrants prowling the night, looking for upstanding Americans to murder. Terrorists hiding in the backseat of your car. Politicians scheming to deprive average folk of the simple pleasure of owning a machine gun that can sink a battleship.

Photo gallery: The best and worst of the signs at the RNC

The 2016 Republican gathering retained some traditional elements—the slate of delegates, for instance, ran the gamut from Caucasian to another Caucasian. But the loudest cheers were for lines about keeping out foreigners or “bombing the hell out of ISIS.” The loudest chants were “Build that wall!” and “Lock her up!” (To judge from the convention, most of the jobs created by a potential Trump administration would be in the field of arresting Hillary Clinton.)

In the most important speech of his life, Trump spoke of the need to defeat terrorism, rebuild the economy and fix the immigration system. After months of offering no substance, he put forth a three-point plan to get it done. Turns out it’s the exact same three-point plan for each issue:

My favourite moment of Trump’s speech came when he departed from the TelePrompter and attacked China, hollering, “They are the greatest currency manipulators ever!” Republicans had heard so little about policy of this—or any—kind during the convention that they couldn’t quite decide what to make of this sentence. Half applauded. Half booed.

There were similar moments of disconnect throughout the week. Republican after Republican bellyached about the state of the nation—a nation whose Congress they control. One of the guys put out to attack “the Washington establishment” has been a senator for 20 years.

Related: Battle of the Megaphone Men in Cleveland

Meanwhile, Trump’s best friends touted his bona fides to the American people. “He shows up on time, he’s punctual,” one said. “He always pays his bills promptly,” said another. Yep, that’s presidential material all right. Like folks used to say of Lincoln: “He never took longer than his allotted 15-minute staff break.”

One pal used an anecdote to portray Trump as a person who relates to the average American. The story involved a private helicopter, a stretch limo, a luxury hotel and Mike Tyson.

Moments later, Trump was introduced by his daughter, Ivanka, who also described her father as a man of the people and friend to the working class. When she finished, he entered to the Trump name spelled out in gold letters six metres tall. You know, like bricklayers do.

In an interview during the convention, Trump hinted that—under his rule—America might not honour its treaty obligation to help defend against potential Russian aggression in the Baltics. Mitch McConnell, a long-serving Republican, described it as “a rookie mistake.” No biggie—every president gets a mulligan on a world war or two, right? People used to freak out when a candidate couldn’t rhyme off the price of milk. Now they don’t seem to care when a man on the verge of the presidency doesn’t know what a “NATO” is.

“A tsunami is coming,” one of Trump’s business associates told delegates. “His name is Donald Trump.” It was the most honest and accurate statement of the convention. 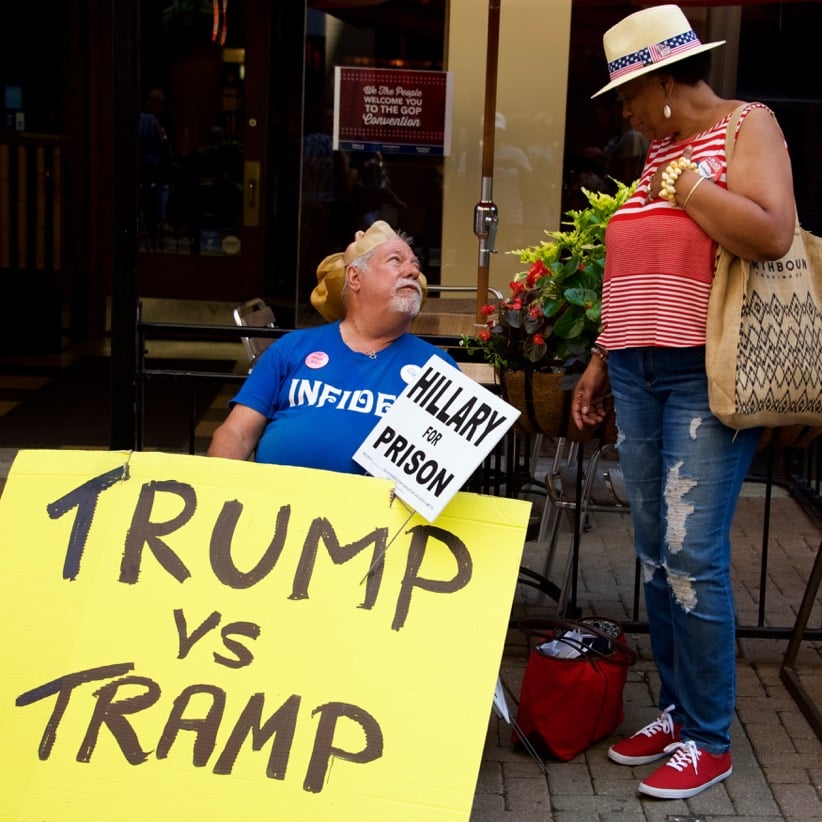 The thermostat is pushing 35° C. It’s been a long week. For the first time, the guy in the rubber Hillary mask is sitting down…