Five things about the new alliance to stop Donald Trump

Donald Trump's primary opponents have created an informal alliance against him. Here's what it means: 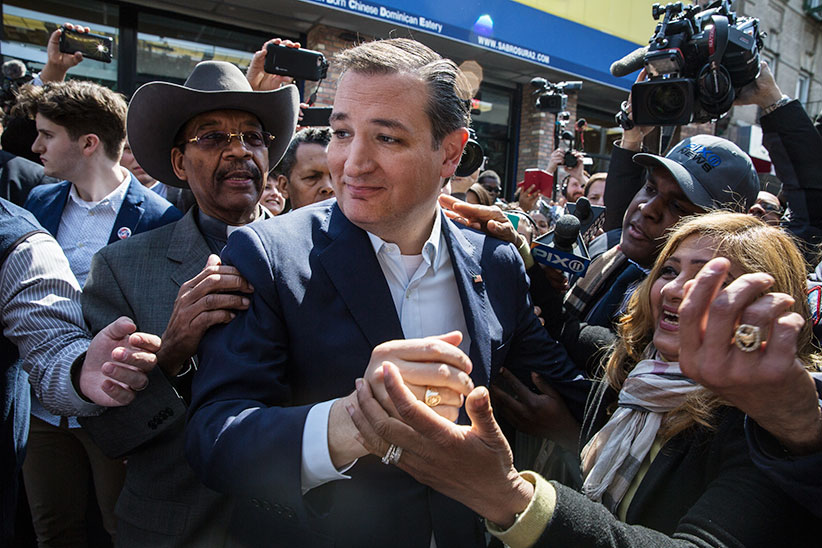 In a unique move that has shaken up the 2016 U.S. presidential race, Donald Trump’s primary opponents have announced they have created an informal alliance against him.

The goal of this tag-team is twofold: first, hold down Trump in a few key states to make it impossible for him to grab the delegates he needs for a quick win at the Republican convention, then defeat him on subsequent convention ballots.

Here are five key questions about this arrangement, answered.

Trump has two opponents left for the nomination. They now intend to co-ordinate efforts. Sen. Ted Cruz will focus on winning Indiana; he will leave New Mexico and Oregon for Ohio Gov. John Kasich. They are doing this two ways. The first is self-explanatory: they will avoid campaigning on each other’s turf. But their public statement went an extra step. They instructed allies to follow their lead. Legally, campaigns can’t collaborate with richly funded, independent groups _ better known as Super PACs. This sends these groups a clear message: No advertisements against one another in selected states.

How does it work?

It’s all about keeping Trump from reaching the magic number: 1,237. That’s how many delegates it takes to secure the nomination, with a 50-per-cent-plus-one majority on the first ballot in July. It is going to be close. A Canadian Press analysis of the remaining states suggests that if Trump’s poll numbers hold up he could find himself along the edge of 1,237 delegates entering the Republican convention. A key wildcard is Indiana. Almost 10 per cent of the remaining delegates will be allocated in that state May 3. And nearly half those Indiana delegates are winner-take-all, meaning they are awarded en masse to whoever finishes No. 1.

Maybe. Trump has a tight lead in Indiana polls. It’s 39 per cent for Trump, 33 per cent for Cruz, 19 per cent for Kasich according to an average of polls compiled by the site Real Clear Politics. Should Kasich voters shift as a block to support Cruz, he would win the state, and they would keep Trump from winning a few dozen critical delegates.

Several signs point to: Yes. The plan wasn’t even a day old Monday, and several cracks had already appeared. For starters, this was announced three weeks after advance voting had already started in Indiana. Even now, it’s doubtful Kasich voters will act as a bloc. A Fox News poll suggests Kasich supporters are, in fact, almost as likely to prefer Trump (33 per cent) as Cruz (41 per cent) for their second choice. With such percentages, Trump would almost certainly squeak by. Yet another problem involves messaging: these would-be allies don’t have one. Cruz called the agreement momentous. Kasich called it no big deal. Trump’s message Monday was way simpler: He said the political system is corrupt and rigged against outsiders like him.

What are they saying?

Cruz, to reporters Monday: “We’re all in on Indiana… It is big news today that John Kasich has decided to pull out of Indiana, to give us a head-to-head contest with Donald Trump… Donald has been a minority candidate _ a fringe candidate — (who) benefited early in the race by having a multitude of opponents where the opposition to Donald was diffuse… We are seeing the full spectrum of the Republican party uniting… I understand that Donald will whine. That’s what he does. Donald is a sore loser.”

Kasich: “I never told them not to vote for me. They ought to vote for me. But I’m not over there campaigning and spending resources. We have limited resources… I don’t have, you know, Daddy Warbucks behind me giving me all this money… I don’t see this as any big deal.”

Trump, to a rally: “If you collude in business, or if you collude in the stock market, they put you in jail. But in politics — because it’s a rigged system, because it’s a corrupt enterprise, in politics you’re allowed to collude. So they colluded. Actually I was happy. Because it shows how weak they are. It shows how pathetic they are… It takes two guys _ longtime politicians — to try and get together to try and beat Trump.”