For the record: What golfer Natalie Gulbis said about Trump

For the record from the Republican National Convention 2016 in Cleveland 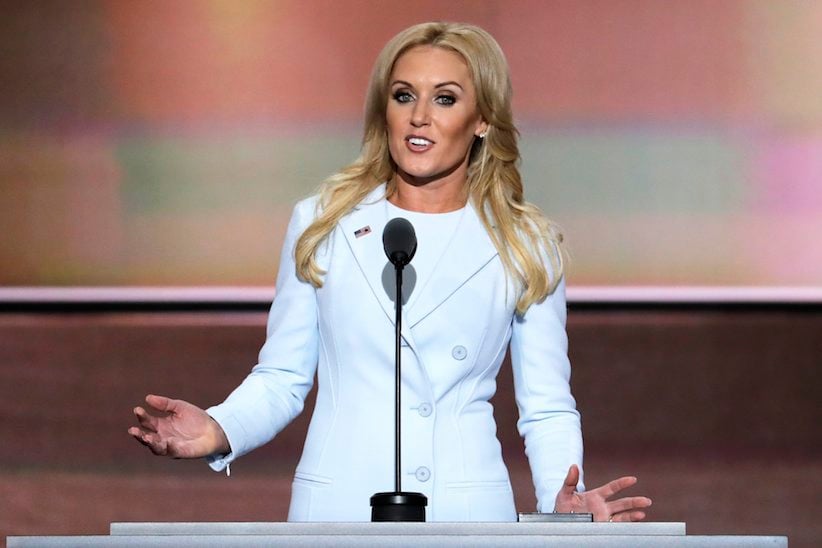 Golfer Natalie Gulbis addressed the Republican National Convention on Day 2. Here’s what she had to say:

I appreciate this incredible opportunity to speak to you about a man that I greatly admire … a man I have found to be gracious, generous, and inspiring.

I must begin, however, by saying there is a great deal of irony that I am speaking to you tonight because when I earned my Tour Card sixteen years ago, I was told there’s only two things you don’t talk about in public: Faith … and politics.

Well, tonight, I am prepared to violate both those admonitions as I stand before you at the Republican National Convention as a Christian woman.

I believe that God’s timing is perfect: He puts people in our lives to help us make a positive impact on those around us… and to help us achieve our goals.

One of those people for me, is Donald Trump.

The first time I played golf with him in 2005, I shared two things that I’d told countless CEOs, billionaires, and politicians before him: One, I had a dream to open up a Boys and Girls Club; and two, I was deeply frustrated about being treated differently as a woman … overlooked and underpaid in business.

These words previously fell on deaf, all-be-it well-intentioned ears … but that day was different.

They finally fell on ears that cared enough to take action.

I’m proud to tell you, that with Donald’s help, I opened up the Natalie Gulbis, Boys and Girls Club.
In response to my frustrations about being treated unfairly as a woman, he adamantly rejected the notion … and instead, offered me a simple idea that changed my life forever: “Never fear challenging the status quo.”

He encouraged me to think of myself not as a female athlete, but as a business person.

“In everything you do, be fearless,” he reminded me. “Be fearless.”

As an athlete, fearlessness came natural to me; but as a business woman, I faced challenges that weren’t always on a level playing field. Even today, I face challenges and Donald remains a consistent voice encouraging me to stand up to gender injustices and to “lean in” to any professional challenge that comes my way.

I hope you take these principles about generosity and fearlessness and that they can have a similar impact for you in your life —like they have had in mine.

Ronald Reagan said, “Status quo is Latin for the mess we’re in.”

And while I believe that this is the greatest time to be a woman in the greatest country in the history of the world, I have no delusions that there isn’t a mess to clean up … and we desperately need someone to clean up this mess.

That person is Donald Trump.

If one’s history of fearlessness and challenging the status quo is an indicator for meaningful progress, then Donald Trump is the person to bring that to America.