For Trump, no qualms in embracing autocratic leaders

By Vivian Salama And Julie Pace, The Associated Press April 18, 2017 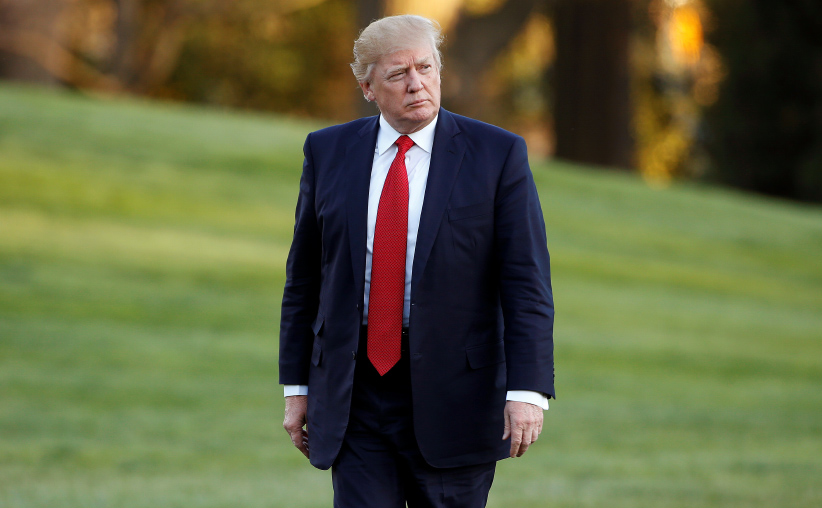 Since taking office, Trump has displayed a striking willingness to embrace autocrats as potential partners in his “America First” agenda, even if it means ignoring their heavy-handed tactics and repression at home. It’s a posture he also took toward Russian President Vladimir Putin until a dispute over Syria led him last week to declare U.S.-Russian ties at an “all-time low.”

Trump is hardly the first U.S. president willing to look the other way in dealings with governments that flout democratic values. For decades, Republican and Democratic administrations have co-operated closely with Saudi Arabia and China. President Barack Obama opened new diplomatic channels with Iran and Cuba, despite concerns about their repressive rulers.

But rarely are U.S. presidents as warm and unabashed about their relationships with autocrats.

Trump’s comfort level seems to stem in part from his background in business, where the details of a deal mattered more than the negotiating partner and flattery can get results.

When they were forced to deal with imperfect allies, Trump’s predecessors, including Obama and President George W. Bush, made a point of using the moment to promote American ideals. They often followed meetings with statements about human rights or gathered separately with advocates or opposition leaders.

On Monday, as international monitors and European allies voiced concerns about the slanted political playing field in Turkey’s referendum, the White House said Trump called Turkish President Recep Tayyip Erdogan to congratulate him on a victory that grants him more power. The message was at odds with Trump’s own State Department, which expressed unease about a referendum that allows Erdogan to fulfil his long-held ambition for a presidency with executive powers.

Erdogan government has imprisoned scores of Turkish journalists. And since a failed coup last year, Turkey has arrested thousands of others accused of possible involvement.

“The president’s number one job is to keep Americans safe,” Trump spokeswoman Sarah Huckabee Sanders said Tuesday. “And if he needs to work with countries like Turkey and others to do that, that’s his priority and what his focus is.”

The White House’s readout of the Trump-Erdogan call focused its concerns on the Islamic State and Syria’s civil war, which the U.S. and Turkey are co-ordinating efforts on. Turkey is a U.S. key ally against IS, even if its poorly controlled border had been a contributing factor of the group’s expansion across Syria and Iraq.

Rachel Rizzo, a NATO and Europe expert at the Center for a New American Security, said the Trump administration sees its Turkey relationship “purely as a national security issue in terms of needing their help fighting ISIS and with the migration crisis in Europe.”

“It seems they’re willing to look past human rights abuses,” she said.

Trump has praised Chinese President Xi Jinping since hosting him at his Palm Beach, Florida, resort — after sharply criticizing China’s economic policies as a candidate. He has linked his warmer approach toward Xi with his effort to secure greater help from Beijing in stopping North Korea’s nuclear program. “A trade deal with the U.S. will be far better for them if they solve the North Korean problem!” Trump said on Twitter, recounting what he told Xi.

RELATED: How America could spark an economic war with China

After winning November’s presidential election, Trump offered el-Sissi a different relationship. And when el-Sissi visited Washington this month, Trump told reporters the Egyptian president would be someone “very close to me.” A post-meeting statement cited their mutual commitment to fighting terrorism and strengthening Egypt’s economy, making no mention of el-Sissi’s crackdown on domestic opponents that has been widely condemned by international rights monitors.

The pattern may have been set by Trump’s vociferous support for Putin. As a candidate and in his first weeks as president, Trump applauded Putin’s strength as a leader and expressed a desire to work closer with Moscow, despite the cloud of an FBI investigation into allegations of Russian meddling in the presidential election.

Even before this month’s Syrian chemical weapons attack and retaliatory U.S. cruise missiles, Trump’s administration had been souring on the Kremlin. Last month, it condemned Russia’s crackdown on anti-government protesters last month that included 1,000 arrests. “Detaining peaceful protesters, human rights observers and journalists is an affront to core democratic values,” a statement said at the time.

But Trump’s tack on Turkey appeared to undermine his own State Department, which before the Erdogan call spoke of “irregularities” in the Turkish referendum and “an uneven playing field during the difficult campaign period.” The White House’s statement on Trump’s call to Erdogan made no mention of those concerns.

Turkey’s strategic location between Europe and the Middle East, and its unique role as the only Muslim-majority NATO member, have long made it an indispensable American partner.

Obama, too, sought a close relationship with Erdogan, viewing him as a possible model for a new generation of Muslim leaders. He travelled to Turkey in his first year in office and spoke frequently with the Turkish leader. But as Erdogan moved to consolidate power in Turkey, his relationship with Obama worsened.