Four takeaways from the Democratic convention 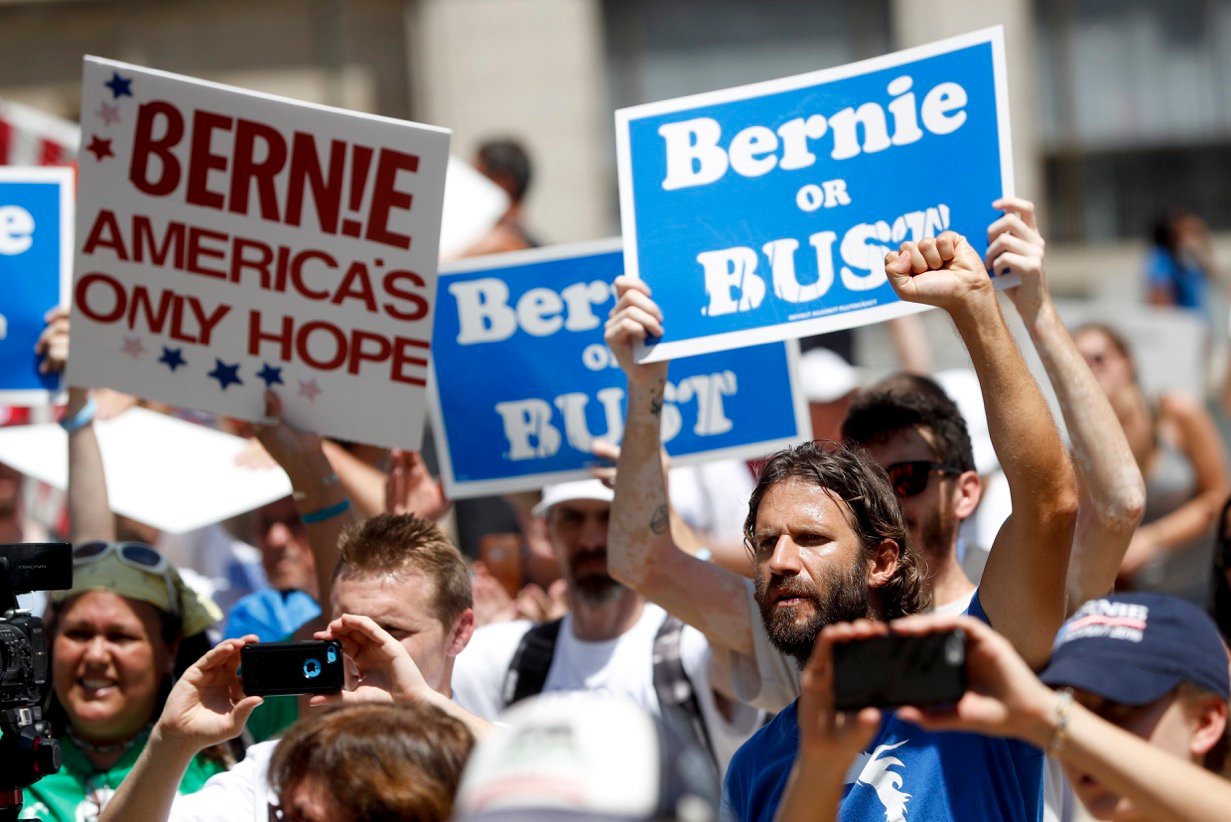 A supporters of Sen. Bernie Sanders, I-Vt., listens during a rally in Philadelphia, Tuesday, July 26, 2016, during the second day of the Democratic National Convention. (AP Photo/John Minchillo)

PHILADELPHIA — Hillary Clinton became the first female presidential nominee of a major party, and her husband made a personal but forceful case for her to reoccupy the White House — this time from the West Wing.

Delegates erupted in cheers as Hillary Clinton’s primary rival, Bernie Sanders, helped make the nomination official Tuesday when the roll call of states got to his home state of Vermont — a crucial show of unity for a party trying to heal deep divisions.

And Clinton herself appeared on video to thank delegates and celebrate her big night.

Sanders, following the role Clinton played eight years ago, asked for his former rival to be declared the nominee by acclamation. In November, she will take on Republican Donald Trump.

Here are the top takeaways from Day Two of the Democratic National Convention:

“We just put the biggest crack in that glass ceiling yet,” a smiling Clinton declared as she made a surprise appearance on video at night’s end, to the roar of delegates.

“This is really your victory,” she said, predicting that many more women will be nominated for president — and elected.

Clinton’s long political resume — secretary of state, senator, first lady — has sometimes obscured the historic nature of her candidacy. Her supporters noted that Clinton’s achievement came nearly a century after women gained the right to vote in 1920.

Maryland Sen. Barbara Mikulski nominated Clinton, saying she was acting on behalf of “all women who have broken down barriers for others.” Mikulski was the first Democratic woman to be elected to the Senate in her own right.

Bill Clinton emphasized the personal as he told delegates and a TV audience about the woman he calls his best friend. The former president recalled that as a law student at Yale University in 1971, “I met a girl” named Hillary Rodham.

After several false starts, Clinton finally asked her to walk to an art museum. “We’ve been walking and talking and laughing together ever since,” he said.

Clinton called his wife the “best darn change-maker I’ve met in my entire life,” adding that she “had done more positive change before she was 30 than many politicians do in a lifetime in office.”

Referring to Republican attacks on his wife at last week’s convention, Clinton said there are two versions of her. “One is real, the other is made up,” he said.

A nominee’s spouse always gets some love at a party convention. But Bill Clinton’s speech piqued extra interest since he hopes to be the first first man. Clinton, a former president, is a beloved figure to many Democrats, but he carries with him the baggage of numerous scandals and investigations. 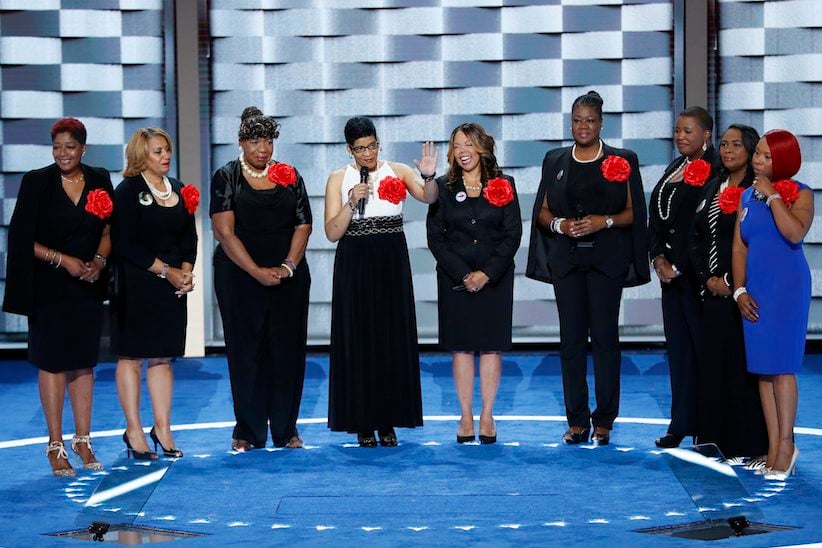 Hoopla and celebration gave way to sombre moments as the convention showcased “mothers of the movement”— women whose children died in gun violence.

Sybrina Fulton, the mother of Trayvon Martin, a Florida teen killed in 2012, said that no mother “would have signed up” for the assignment.

Fulton said Clinton has the compassion to support grieving mothers and the courage to fight for gun legislation. “This isn’t about being politically correct. This is about saving our children,” she said.

Clinton has made gun safety a foundation of her presidential campaign, vowing to push for expanded criminal background checks and a renewal of a ban on assault weapons.

Philadelphia’s police union complained that Clinton was showcasing killings by police without giving equal time to the families of fallen officers. Clinton’s campaign said two members of law enforcement also are on the convention schedule.

Moments after Clinton claimed the nomination, a group of Sanders supporters left the convention hall and marched to a nearby media tent to protest what they said was their being shut out of the party.

Unmoved by Sanders’ plea for unity, thousands of people chanting “Bernie or bust!” took to the streets under the hot sun. By early evening, a large crowd had formed outside the subway station closest to the Wells Fargo Center as delegates inside were on the verge of nominating Clinton for president.

Still, in the convention hall itself, the party seemed much more united behind Clinton than it had been on the first day, when Sanders supporters frequently jeered any mention of her name.