Supporters of the president spent Sunday on political talk shows disputing the idea, put forth in a new book, that Trump is not mentally fit for office. 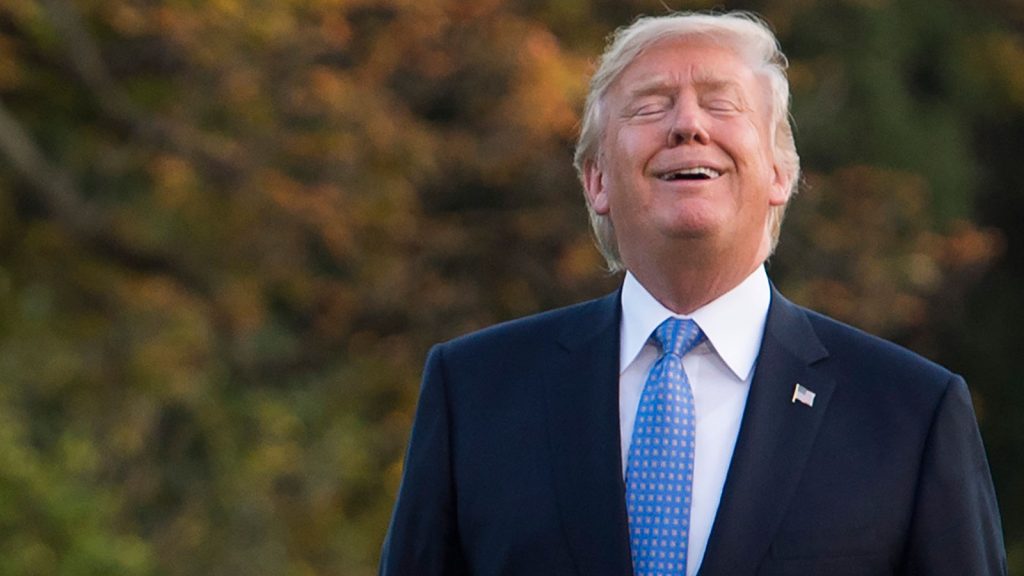 WASHINGTON — Allies of Donald Trump have lined up to defend his mental stability in the face of a tell-all-style book that says his entire entourage views the U.S. president as unwell, compares him to a child, and discusses whether he might be removed from office.

One after another, they appeared on weekly political talk shows Sunday to endorse the president’s assessment of his own abilities, conveyed in a surreal front-page headline in the New York Times — “A ‘Stable Genius’: Trump Declares He’s Mentally Fit.”

What catapulted this conversation from the realm of Washington bar-room whispers to the top of the national news was the release of a new book, Fire and Fury, by Michael Wolff, that describes wall-to-wall concern within the White House about the president’s cranial capacity.

Trump made clear Sunday that he was watching, and keeping tabs, on how his troops defended him on TV. The president praised one aide who engaged in a bitter back-and-forth on CNN and insisted the president is not only sane, but brilliant.

Stephen Miller described travelling with Trump during the campaign and seeing Trump adapt to breaking news: “I saw a man who was a political genius,” Miller said. As for Wolff’s work, Miller sneered: “A garbage author of a garbage book.”

The interview went off the rails when the CNN host tried interrupting Miller’s soliloquies with new questions, and finally kicked him off the air. Host Jake Tapper motioned toward the camera, saying it was clear Miller was simply sucking up to one viewer.

That one viewer was pleased: Trump tweeted that Miller had destroyed Tapper.

The political relevance of this conversation, aside from the benefits of mental competence from a U.S. president, was revealed in another interview with the book’s author. Wolff noted that an unfit president can be removed from office under the 25th Amendment of the U.S. Constitution.

He said people in the White House talk about it constantly.

Wolff said staff frequently comment on whether zany events do, or do not, warrant the 25th Amendment. The author said he had an open mind about Trump when he started conducting interviews inside the White House, but no more.

He said the president’s faculties are a subject of universal scorn — not just among staff, but among family members: “This is alarming in every way … The 25th Amendment is a concept that is alive every day at the White House,” Wolff said.

“This is a breakdown.”