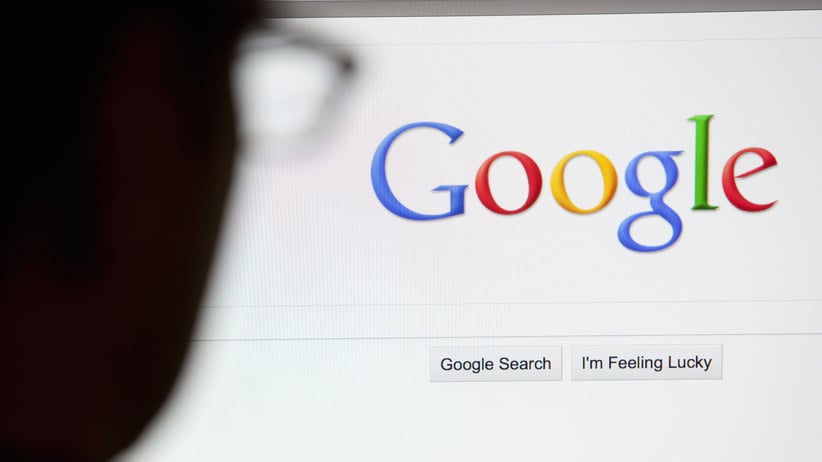 The majority of polls pointed to Hillary Clinton winning the U.S. election. The collective Google searches of millions of Americans  suggested otherwise.

So Google was right. Or was it?

Going into voting day, the 2016 U.S. election was the biggest test of an idea that has grown alongside Google’s vast database of its users’ searches: Can the search giant predict elections more accurately than polls? The notion rests on the idea that who voters search for is a better indicator of their election-day intentions than what they might tell pollsters when asked.

Now, right off the start, I can hear what you’re saying: Trump’s whole campaign was built on notoriety. Saying outrageous things earned him free publicity, so of course more people were searching for him.

And yet the final tally from Google searches is downright eerie in how close it came to predicting the final count.

First, some quick background. In the lead-up to last year’s Canadian federal election I wrote a post asking whether Google might be able to predict that election. (The post has background on some of the academic research into Google’s predictive abilities, if you’re interested.) Then on election day I turned to Google’s Trends tool, which allows users to compare search terms and topics to gauge relative search interest in them over time. (Also, if you’re interested, go here for an explanation of how Google Trends works.)  I looked at search interest in all five party leaders over the previous 90 days, with the most recent data ending two days prior to the vote.

It showed Trudeau had pulled away from former Conservative prime minister Stephen Harper. Based on each leader’s share of searches, I extrapolated the following seat count.

That seemed ridiculous, given that polls going into the vote were predicting a Liberal minority. Here’s how the election turned out:

No poll came that close to predicting the Canadian election.

So let’s take that same methodology and apply it to the U.S. campaign, using data downloaded before polls closed on Tuesday. The data reflects only searches in the United States for the terms “Hillary Clinton” and “Donald Trump” for the 90 days ending Nov. 6. 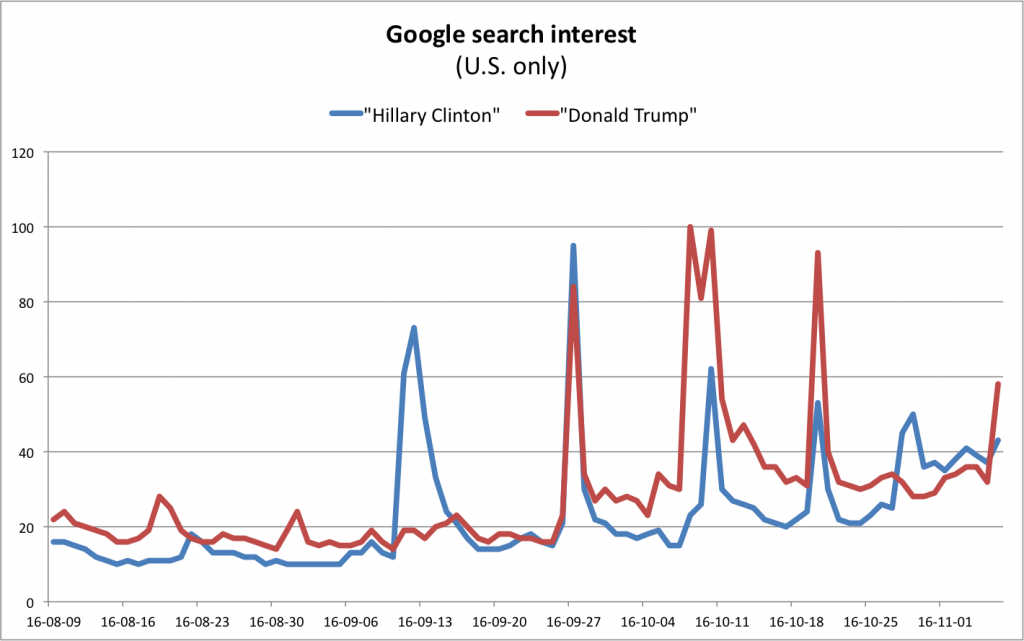 When their relative shares are converted into Electoral College votes, here’s the result:

Here’s what the New York Times was forecasting as of 4 a.m. on Wednesday morning.

Remember, as the polls were closing, the Times forecast was for Clinton to claim around 310 Electoral College votes.

Just a fluke? If so, that’s two remarkable flukes between the surprise victories of Justin Trudeau in Canada and Donald Trump in the U.S. What’s more, the average of 90 days worth of search interest for Clinton and Trump produces very similar results, translating into Trump winning just under 300 Electoral College votes. Google was signalling this outcome for some time.

So what’s the catch? For me, it’s that surge in searches for “Hillary Clinton” starting on Oct. 28, the day when the FBI signalled it was looking at more potential Clinton emails found on Anthony Weiner’s laptop. Does that mean that if the election were held that following week Clinton would now be President-Elect? That seems doubtful.

It comes down to the question of whether Google searches reflect notoriety or electability. Prior to Trump’s win, I’d have suggested it was the former. (Confession: My own blinders caused me to dismiss the idea of writing this post Tuesday morning and predicting a Trump win, because it just seemed so utterly far-fetched it didn’t seem worth my time.)