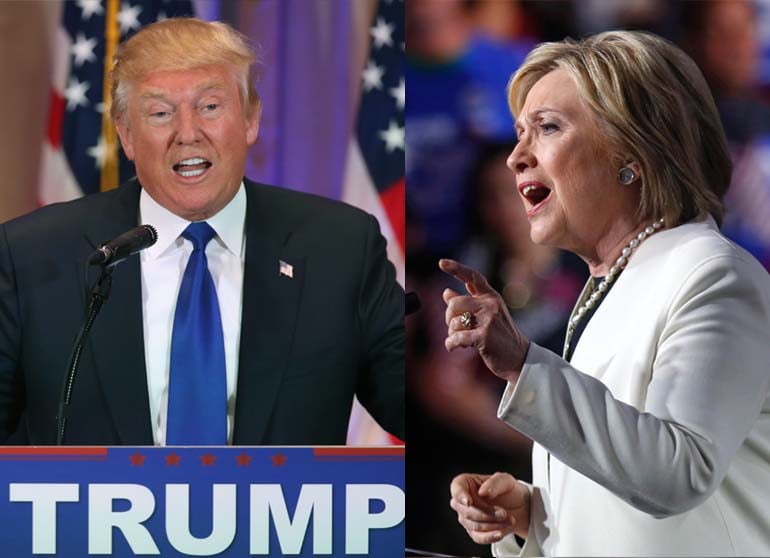 WASHINGTON — Democrats in New York were energized by the fiery primary contest between Hillary Clinton and Bernie Sanders. But Republican voters saw their party being divided by a contest featuring months of barbs and heated rhetoric among billionaire Donald Trump, Texas Sen. Ted Cruz and Ohio Gov. John Kasich.

Exit polls on Tuesday showed the vast majority of Democrats willing to back either of their candidates in November, while significant chunks of GOP voters saw some candidates in the field that they flat wouldn’t support.

For Trump, Republican voters who say they want to see an outsider inhabit the White House propelled him to a commanding victory in his home state. Clinton, the former secretary of state, won with the support of voters looking for a continuation of President Barack Obama’s policies.

Democratic voters saw Clinton as the candidate best suited to beat Trump, while New York Republicans said the same of Trump in a competition with Clinton.

Exit polls conducted for The Associated Press and television networks by Edison Research found a majority of GOP voters say the candidate with the most votes going into the convention should be the party’s presidential nominee.

Other highlights from the exit polls:

Nearly two-thirds of New York GOP primary voters want the next president to be a political outsider — the most that have said that in any state so far. About 6 in 10 also saw Trump as the best candidate to beat Clinton in November.

Trump also benefited from 6 in 10 voters who say they’d be concerned about or afraid of a Cruz presidency. About a third said the same about Trump.

Of those who cast a protest vote, nearly 4 in 10 supported Kasich. More than half of his supporters said they wouldn’t vote for Cruz in the general election, and over two-thirds said the same of Trump.

Two-thirds of New York Democrats say Clinton is the candidate better suited to beat Trump in a general election. Nearly three-quarters of Democratic voters think the party’s nominee will eventually be Clinton.

More than half of Democratic primary voters want the next president to continue Obama’s policies while only 3 in 10 want more liberal policies. Three-quarters of those who want a continuation of Obama’s policies supported Clinton.

New York Democrats were slightly more likely to see Clinton than Sanders as most inspiring. But Sanders was more likely to be seen as honest. Eight in 10 say Sanders is honest while 6 in 10 say that of Clinton.

About 6 in 10 Democratic primary voters say Clinton would do the best job handling gun policy.

The exit polls also show that the vast majority of New York Democrats would support either Sanders or Clinton in the general election.

Nearly 7 in 10 GOP voters say the candidate with the most votes in primary contests should be the Republican presidential nominee. Conversely, less than 3 in 10 voters say the delegates sent to the convention in Cleveland should decide.

So far, Trump is likely to go into the convention with the delegate lead over Cruz and Kasich. But the billionaire may not have enough delegates to win the nomination outright.

And voters say the tough primary slog is taking its toll.

Four in 10 Republican primary voters say they wouldn’t vote for Cruz in November. About a quarter say that about Trump.

WALL STREET AND THE ECONOMY

Large majorities of New Yorkers — Democrats and Republicans alike — are concerned about the direction of the U.S. economy. And many in both parties are worried about the influence of Wall Street.

About 6 in 10 Democrats regard Wall Street as detrimental to the U.S. economy, with the majority of those voters siding with Sanders. About 3 in 10 say the New York City financial sector helps the economy, and those voters went overwhelmingly for Clinton.

The exit poll was conducted by Edison Research for The Associated Press and the television networks. Interviews were conducted with 1,391 Democratic voters and 957 Republican voters at 35 precincts throughout New York State. The margin of sampling error is plus or minus 4 percentage points for each contest.