Republican hopes are fading for a new, 'more presidential' Trump as the party's divisions around him grow ever more acute 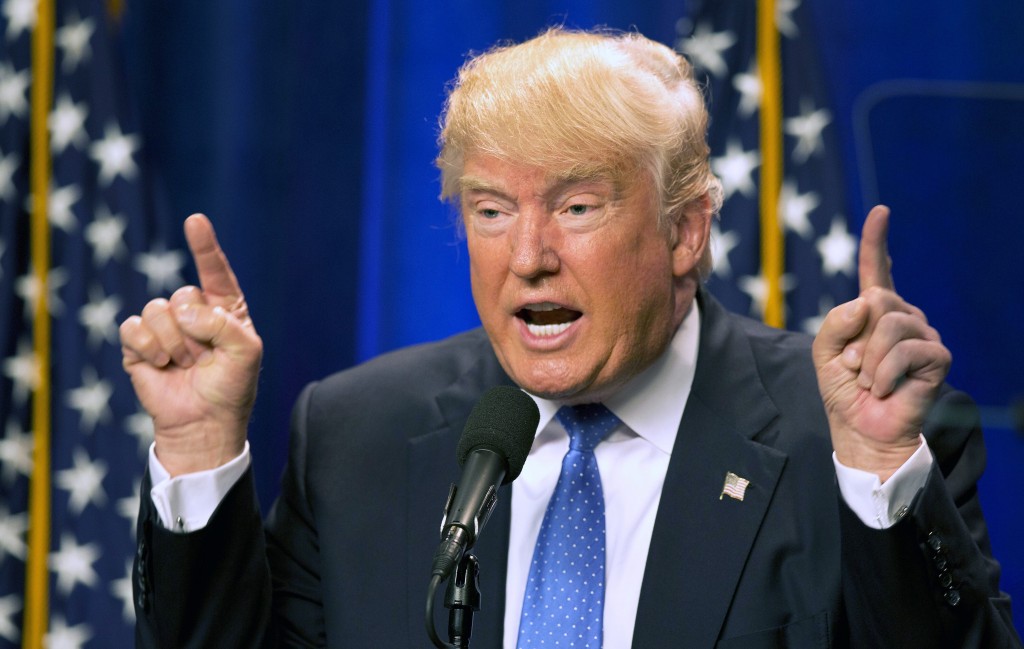 Republican hopes are fading for a new, “more presidential” Trump as the party’s divisions around him grow ever more acute.

Clinton, campaigning in Pittsburgh, said, “We don’t need conspiracy theories and pathological self-congratulations. We need leadership and concrete plans because we are facing a brutal enemy.”

In Washington, Obama said of Muslim-Americans: “Are we going to start subjecting them to special surveillance? Are we going to discriminate against them because of their faith?” After meeting with counterterrorism officials, a stern-faced Obama said: “We heard these suggestions during the course of this campaign. Do Republican officials actually agree with this? Because that’s not the America we want.”

Several of Trump’s fellow Republicans clearly did not agree with him. They were nearly as unsparing as the Democrats in their criticism of his boundary-pushing response Monday to the killing of 49 people at a gay club in Orlando, Florida, by an American-born Muslim who pledged loyalty to the Islamic State group.

Among other things, Trump suggested moderate Muslims and perhaps even Obama himself might sympathize with radical elements. He renewed his call to temporarily ban foreign Muslims from entering the country, and added a new element: a suspension of immigration from areas of the world with a proven history of terrorism against the U.S. and its allies.

“Mr. Trump seems to be suggesting that the president is one of them, I find that highly offensive, I find that whole line of reasoning way off-base,” said Sen. Lindsey Graham of South Carolina. “Mr. Trump’s reaction to declare war on the faith is the worst possible solution.”

“I guess I appreciate Mr. Trump’s fieriness in talking about it, and strength, but you don’t do it by alienating the very people we need and those are moderate Muslims,” said Kinzinger. “To use religion as a test, to say we’re going to discriminate against all Muslims, is so counterproductive it really almost doesn’t deserve being talked about.”

Trump responded to Obama’s criticism in a statement saying: “President Obama claims to know our enemy, and yet he continues to prioritize our enemy over our allies, and for that matter, the American people. When I am president, it will always be America First.”

House Republicans said they would meet with Trump on July 7.

The lawmakers’ reactions underscored an atmosphere of anxiety and unease among Republicans on Capitol Hill, who hoped to see Trump moderate his impulses in the weeks since clinching the nomination. The presidency and control of Congress are at stake in November.

Instead the opposite has occurred as the billionaire businessman has stoked one controversy after another and shows no sign of slowing down.

One senior Senate Republican, Lamar Alexander of Tennessee, went so far as to suggest Trump might not end up as the party’s nominee after all.

“We do not have a nominee until after the convention,” Alexander asserted in response to a question. Reminded that Trump is the presumptive GOP nominee, Alexander retorted: “That’s what you say.”

Other congressional Republicans claimed, improbably, not to have heard what Trump said. “I just don’t know what he was talking about, I frankly don’t know what you’re talking about. I hadn’t heard it,” said Sen. Orrin Hatch of Utah, in response to a question about Trump’s suggestions about Obama.

As he has in the past, House Speaker Paul Ryan denounced Trump’s plans, saying: “I do not think a Muslim ban is in our country’s interest. I do not think it is reflective of our principles not just as a party, but as a country. And I think the smarter way to go in all respects is to have a security test and not a religious test.”

Ryan, who endorsed Trump only recently after a lengthy delay as he grappled with the implications of the celebrity businessman’s candidacy, ignored shouted questions about whether he stood by his support. Senate Majority Leader Mitch McConnell told reporters he would not be commenting Tuesday about Trump.

“I continue to be discouraged by the direction of the campaign and comments that are made,” said Sen. Bob Corker of Tennessee, Republican chairman of the Foreign Relations Committee. Monday’s Trump address was not “the type of speech that one would give that wants to lead this country through difficult times.”

For many Republicans the prospect of continually facing questions about Trump was plainly wearing thin.

“I’m just not going to comment on more of his statements. It’s going to be five months of it,” said Sen. John Barrasso of Wyoming.

Said Sen. Tim Scott of South Carolina: “What Trump does or says, every time he says something doesn’t mean I have to have an answer for it.”