'I am going to have a Cabinet that looks like America,' Democratic frontrunner says 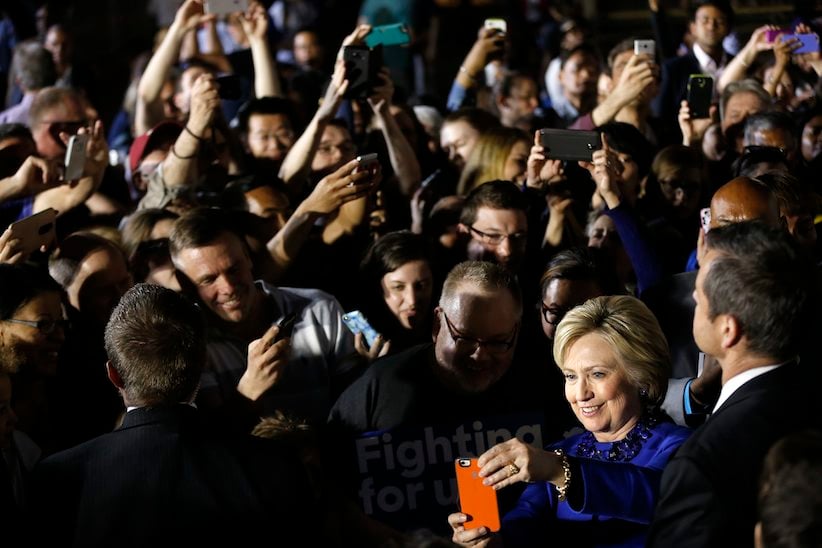 Hillary Clinton says she will aim to have a Cabinet that is half women if she is elected president.

During an MSNBC town hall Monday evening, host Rachel Maddow asked Clinton if she would match a pledge that Canadian Prime Minister Justin Trudeau made — and kept — to appoint women to half of his Cabinet positions.

Clinton says, “I am going to have a Cabinet that looks like America, and 50 per cent of America is women.”

Trudeau has spoken often about the makeup of his cabinet. “I was obviously pleased when people took notice of our gender-balanced cabinet,” he told an international audience in Davos earlier this year. “People have to know that before I could say ‘Because it’s 2015,’ an awful lot of hard work went into 2012, 2013, 2014 to get to that place.” He went on to discuss the Liberals’ recruitment campaign, Ask Her to Run.

The Prime Minister repeated comments he’d heard in the lead-up to his government’s announcement on parity: “Quotas are bad. It should be merit-based. You know, you shouldn’t be forcing it.” The talk ended once his cabinet was named, he said. “Because the people in our cabinet — men and women — are extraordinarily high qualified.”

How do we engage more women in politics?