Hillary Clinton vs. Donald Trump: What to watch in Round 3

What to watch for in Wednesday's 90-minute faceoff

WASHINGTON — It was barely three weeks ago that Donald Trump opened the first presidential debate by asking, with faux deference, if it was OK to refer to his opponent as “Secretary Clinton.”

By Round 2 he was back to calling Hillary Clinton “the devil.” Since then, the Republican candidate’s scorched-earth campaign tactics have left all sides wondering just how low things will go in the third and final presidential debate, coming up Wednesday night.

For her part, Clinton steps up as a flood of hacked emails provides an unprecedented real-time look into the machinations of a presidential campaign — hers. In the disclosed material, Clinton is shown taking positions in paid, private speeches at odds with some of her public pronouncements. And she is revealed as resistant to advice by aides to apologize for her email practices and clear the air. That’s all fodder for the debate.

Trump, never known for self-censorship, has pronounced himself “unshackled” at last in the final weeks of the campaign. That has people wondering what Trump possibly has left to unleash.

Some things to watch for in Wednesday’s 90-minute faceoff at the University of Nevada, Las Vegas: 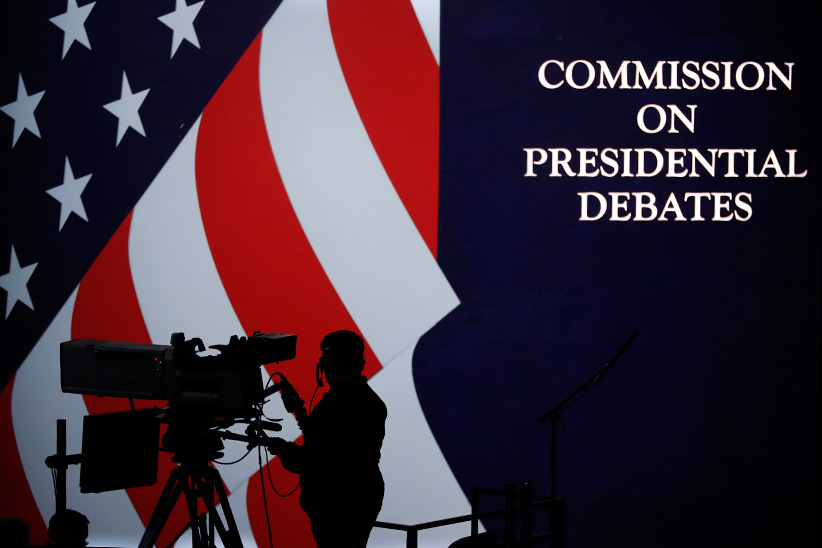 Trump in recent days has tried to deflect attention from the allegations about sexual advances by complaining that the election process is rigged against him. Without providing any evidence, he wraps together the potential for voter fraud with assertions that his female accusers are part of a plot to smear him. With millions of viewers tuning in, will Trump dwell on conspiracy theories or give voters a more positive reason to vote for him?

Largely overshadowed by the allegations against Trump has been WikiLeaks’ day-after-day release of thousands of hacked emails from the Clinton campaign. The emails include excerpts of Clinton’s closed-door speeches to Wall Street interests and lots of campaign strategizing over how to contain the political damage related to her handling of classified emails and her use of a private email server. Trump has responded with a scattershot series of criticisms about “Clinton corruption,” but he has yet to hone a disciplined line of attack. Wednesday night gives him a fresh opportunity to try to synthesize his message and find a way to make the email controversy stick.

The campaign took a dramatic detour last week when a series of women came forward with allegations that Trump made sexual advances toward them. Trump’s combative response, calling the women “sick” and “liars” and alleging that there’s a global conspiracy against him, overtook all other aspects of the campaign for a time. How much oxygen will it suck up in the final debate?

With a number of Republican officials in open revolt against Trump and worried that he will be a drag on the rest of the ticket, watch to see whether Trump gins up more discord with his party _ and whether Clinton steps in to make the case for Democratic control of the House and Senate.

Immigration was hardly mentioned in the first two debates. Social Security never came up. The national debt has gotten only passing notice. Policy wonks have their fingers crossed that neglected issues will finally get an airing in the final debate. Wallace’s list of potential topics includes debt and entitlements, immigration, the economy, the Supreme Court and foreign hot spots.

A subject that both candidates love to dwell on also is teed up for Round 3: “fitness to be president.” Trump and Clinton already have made plain their disdain for each other’s qualifications to occupy the Oval Office, but they can be counted on to look for new ways to inveigh against each other’s fitness for office.

The first debate attracted a record 84 million viewers and the second 66.5 million. Whatever the viewership for Round 3, it is sure to be the candidates’ last chance to speak to such a large audience before Election Day on Nov. 8. Watch what messages the candidates pick to drive home as their closing arguments.

Both candidates have used the debates to try to rattle their opponents: Clinton baited Trump by questioning his wealth and his business acumen. Trump tried to throw off Clinton by seating three women who have accused her husband of sexual impropriety in the front row of the audience at the second debate. Odds are both candidates have saved some fresh theatrics for the final debate.

Wallace has served notice he won’t try to “truth squad” the debate. Given Trump’s habit of skirting the truth, that may put the onus on Clinton for more real-time fact checking. So far, she’s largely punted, pointing viewers toward her website.

BEEN THERE, DONE THAT

By the time the debate gets under way, more than 1.6 million Americans already will have voted. For those viewers, the debate could serve to validate their choices — or give them buyer’s remorse.

Keep an eye open for the most mimic-worthy moments: They’re likely to show up on “Saturday Night Live’s” next parody of the Trump-Clinton contest, featuring Alec Baldwin and Kate McKinnon as the candidates. “SNL” got an unintended boost when Trump tweeted that Baldwin’s Trump impersonation stinks.