Democratic nominee casts herself as a unifier for divided times and a tested, steady hand to lead in a volatile world 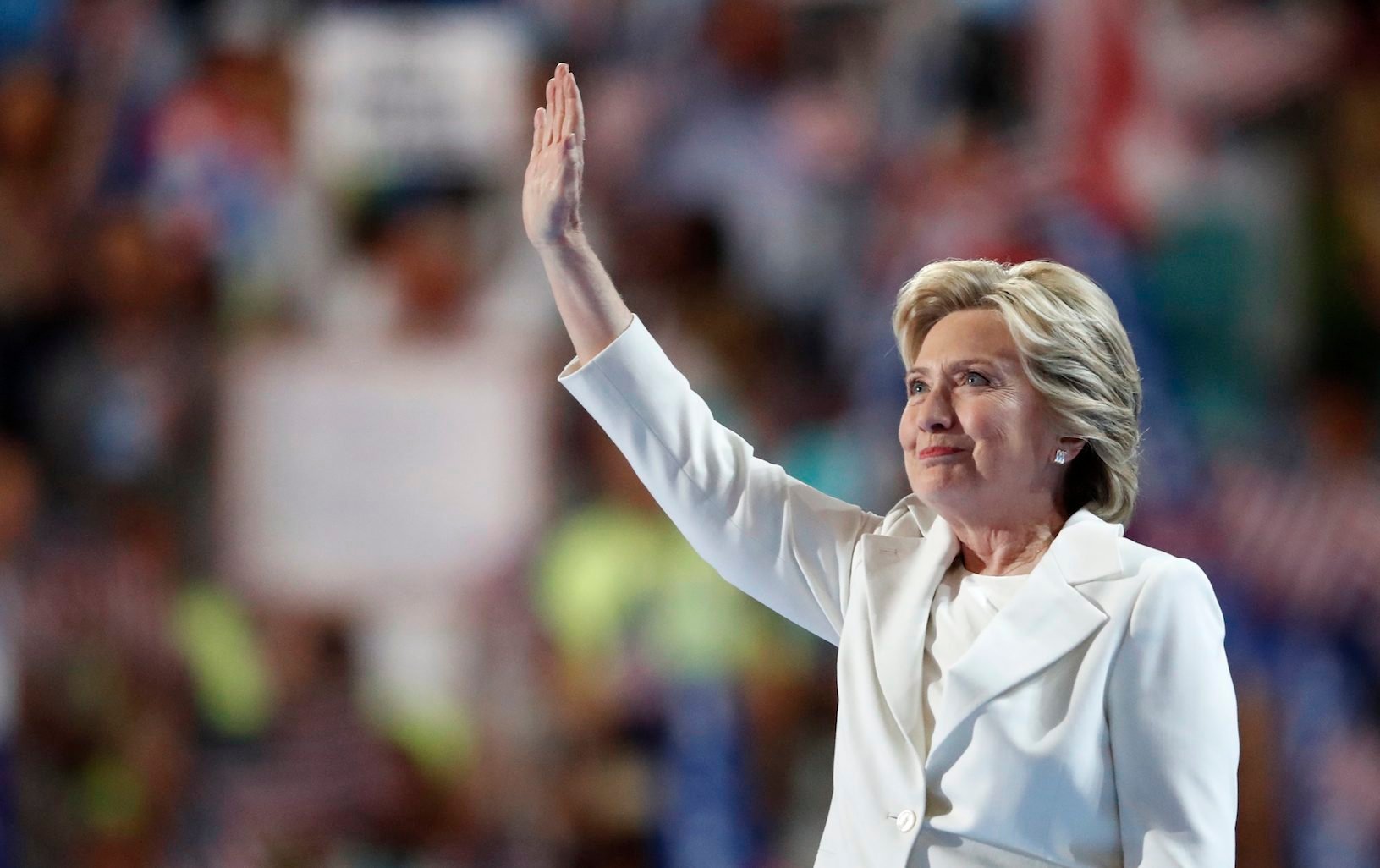 PHILADELPHIA — Long a lightning rod on the right, Hillary Clinton is making a targeted appeal to Republicans who challenge Donald Trump’s claim to the conservative mantle and fear his possible presidency.

Clinton’s final day of the Democratic National Convention featured speeches from a former member of President Ronald Reagan’s administration and a U.S. Chamber of Commerce official who is heading a GOP group supporting Clinton, part of an expanded outreach to Republican voters and donors.

Clinton pivoted to the left during the primaries, fending off self-described democratic socialist Bernie Sanders. Trump’s national security stumbles in questioning U.S. support for NATO allies and urging Russia to meddle in the race provides a general-election opening for Clinton and other Democrats to reach out to Republicans.

In his speech Wednesday night, President Barack Obama evoked Reagan, reminding voters that the conservative hero famously called the United States “a shining city on a hill.” Trump, he said, calls the United States “a divided crime scene” and hopes to win votes by scaring people over immigration and crime.

In her first post-convention TV interview, Clinton is slated to appear on “Fox News Sunday” this weekend. She is holding an event in Republican-leaning Nebraska on Monday, giving her the opportunity to reach Republican voters. Obama won an electoral vote in an Omaha area congressional district in 2008.

“You have to make them feel that they’re not traitors. And the way to do that is to roll out a bunch of well-known Republicans saying, ‘Hey I’m for Hillary,”’ said former Pennsylvania Gov. Ed Rendell.

The former first lady, New York senator and secretary of state has been the frequent Republican target during her more than three decades in national politics, most recently for her use of a private email server for government business while at the State Department.

“Donald Trump is the outsider. Hillary Clinton is the corrupt insider. And if that’s going to mean that we’re going to lose some Republican votes, so be it,” Giuliani said.

Republicans also argue she should pay more attention to her own base.

Sean Spicer, chief strategist for the RNC, noted eruptions of boos inside the Democratic convention hall and omnipresence of Sanders fans, and said, “Clinton should really focus on getting her own party in order before she worries about our party.”

But Democrats view Trump’s provocative statements and the failed “Never Trump” movement as leading indicators in their ability to win over college-educated Republicans who have been wary of the businessman’s foreign policy views or incendiary statements about Mexican-Americans, Muslims and women.

John Stubbs and Ricardo Reyes, two former officials in President George W. Bush’s administration, attended the convention to generate interest in their pro-Clinton grassroots organization called R4C16.org. For likeminded Republicans, they said sitting out the election is not enough.

Reyes called Trump “an existential threat, not just to the party but to the entire United States.”

Clinton hopes to win over not only the hearts of Republican voters but also the wallets of some of the party’s donors. Her campaign has assembled a team to field calls from Republicans interested in giving money and helping with fundraising.

In Chicago, former U.S. attorney Daniel Webb told Clinton fundraisers in recent weeks that he supports her and wants to help gather contributions for her campaign. In an interview with the Chicago Sun-Times, Webb said Trump’s “bias” against Hispanics and Muslims, among other groups, spurred him to action.