To the Clinton campaign, Michelle Obama is a crucial asset who can connect with the Democratic base — but also reach independent and undecided voters 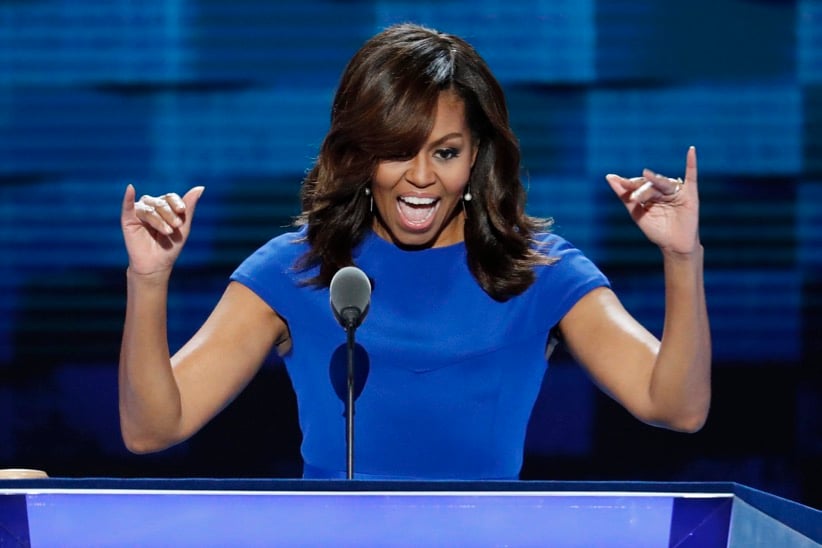 DES MOINES, Iowa — Hillary Clinton was always expected to get a late-campaign enthusiasm boost from the White House. The surprise is that it’s not coming from the president.

On a star-studded team of campaign surrogates — including President Barack Obama — the most valuable player of 2016 is undoubtedly first lady Michelle Obama.

During a divisive political year, the hugely popular first lady has wowed voters with her powerful rhetoric. And she can be the emotional centre to a campaign whose candidate is not known for projecting warmth.

Last week, in a searing indictment of Republican nominee Donald Trump that was broadcast live by cable news networks, Michelle Obama said his recorded boasts about making unwanted sexual advances toward women had “shaken me to my core in a way that I couldn’t have predicted.”

With that, the first lady spoke in terms that Hillary Clinton rarely does, given accusations against her own husband that he’s long denied — but Trump has raised.

“If Hillary Clinton were out there making these same arguments, we know how Donald Trump would respond, by attacking former President Clinton and bringing up old stories from the 90s,” said Democratic strategist Lis Smith.

Michelle Obama also had one of the most memorable lines of the Democratic National Convention, saying her family motto is: “When they go low, we go high.”

Clinton has repeated that line in public several times since.

“Michelle Obama is seen as a truly authentic voice that whatever topic she speaks on, people feel that it’s really coming from her bones,” said Democratic strategist Mary Anne Marsh.

To the Clinton campaign, Michelle Obama is a crucial asset who can connect with the Democratic base — particularly young people — but also reach independent and undecided voters. That was clear Monday, when the campaign signalled a push into traditionally Republican Arizona by announcing that the first lady would host an early-vote rally in Phoenix on Thursday.

“There is no more powerful advocate for our campaign,” said Clinton communications director Jennifer Palmieri. “Because the first lady isn’t seen as a political figure, when she does speak out, it has a real impact.”

Even among Clinton’s so-called “uber-surrogates” — the president, Vice-President Joe Biden, former President Bill Clinton, Sen. Bernie Sanders and Sen. Elizabeth Warren — Michelle Obama has stood out. Once a reluctant campaigner, she has grown more comfortable after more than eight years on the national stage, promoting her childhood obesity and education initiatives, hosting her own events and showing a playful side on talk shows and in interviews.

“Either she’s Meryl Streep, or she’s really genuine about this,” said Robert Watson, an American studies professor at Lynn University. “In this year of plastic candidates, Michelle just seems the most genuine one out there.”

Still, political analysts said the intensity of her advocacy for Clinton is notable.

“It’s unusual for a sitting first lady, or a sitting president for that matter, to campaign so enthusiastically for a presidential candidate. They usually take a lower profile approach. This is indicative of how important both Obamas think this election is,” said Katherine Jellison, chair of the history department at Ohio University who studies the first ladies.

Anita McBride, a veteran of three Republican administrations, said Mrs. Obama’s schedule is more flexible at this stage of the administration because she has held the final events for some of her biggest initiatives. 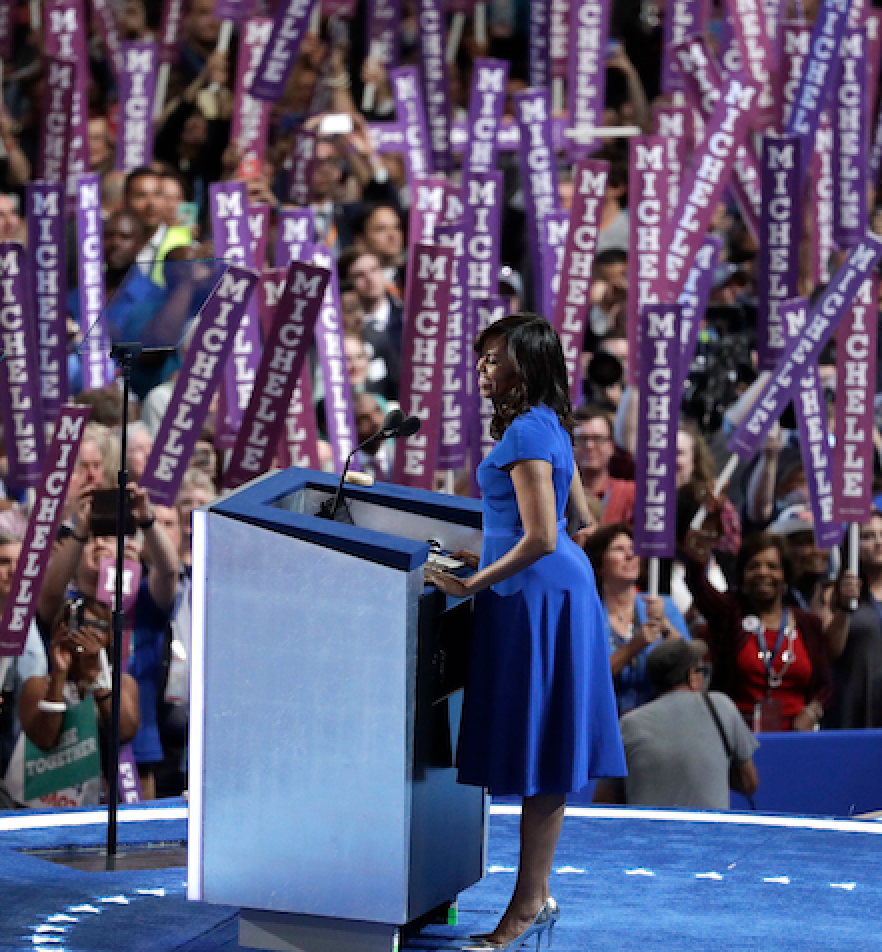 “It’s sort of wrapping up time where’s it’s never wrapping up time for the president,” said McBride, who was chief of staff to first lady Laura Bush. “He still has everything coming to his desk every day. Now it’s all about preserving the legacy and giving everything she can to the person she thinks can best reflect their values.”

So far this fall, Michelle Obama has campaigned in Virginia, Pennsylvania, North Carolina and New Hampshire. She has done radio and television ads, including a television spot targeting early voters in Iowa, Ohio and Nevada. Arizona is up next, with more appearances expected after that.

With three weeks until the Nov. 8 election, Clinton is leading in many national and battleground state polls as the race has been largely overwhelmed by Trump’s inflammatory rhetoric and past sexual comments. Clinton is still contending with the slow release of hacked emails that have raised questions about her relationship to Wall Street and inner campaign workings, and will likely be asked about it when she and Trump debate one final time on Wednesday night, but Trump has taken up much of the spotlight.

Michelle Obama so far is one of the few to escape the wrath of Trump, who has spoken harshly about various voting groups, his own Republican leaders and, lately, the women who have accused him of sexual misconduct.

“I can’t think of a bolder way for Donald Trump to lose even more standing than he already has by engaging the first lady of the United States,” said White House spokesman Eric Schultz.