How bad could a President Trump really be?

Scott Gilmore on—gulp!—what a Donald Trump presidency would look like 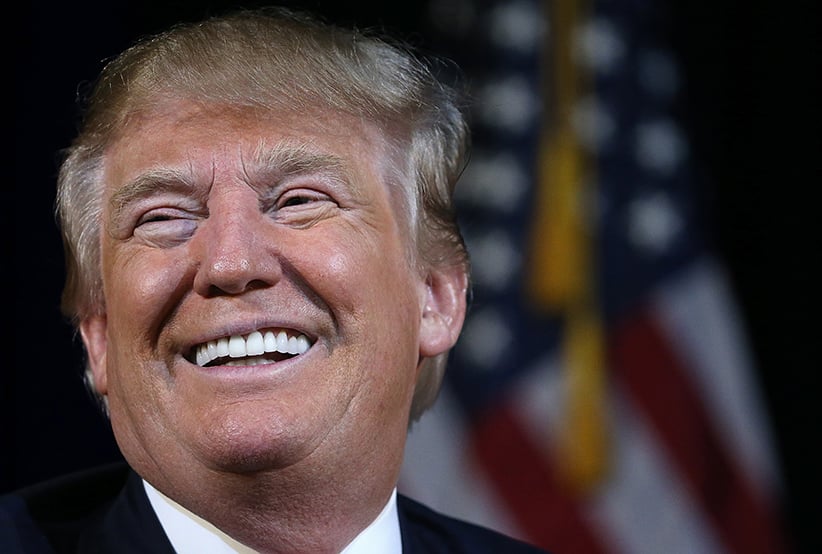 I’m always amazed at how life inches along unnoticed, changing slowly and incrementally, until one day we wake up and find ourselves in circumstances that for good or for ill would have once seemed impossible. The fact that Donald Trump is now favoured to win the Republican nomination race is a perfect example of this. Nine months ago it was an absurd joke. Now, only his supporters are laughing.

When he first entered the race I wrote that his platform would be pure populism, unfettered by reality. I anticipated the media would make his campaign “the most heavily publicized and well-funded reality-TV show in American history.” And I predicted, “Trump is actually going to do pretty well.”

Although I didn’t say so at the time, I knew he would implode eventually. I was sure that the Republican establishment would block him. I thought the media and the public would inevitably go from fascinated to bored. I expected Jeb Bush or Marco Rubio would emerge as the mainstream candidate and rally the anti-Trump vote. I anticipated scandal, incompetence and disaster.

Related: Is the GOP is preparing to stop Trump?

But Trump has taken two of the first primaries, and as this magazine went to print he was expected to win a third in Nevada. In national polls he leads the next closest Republican by 15 points. Even though Rubio has earned over 130 endorsements (Trump has zero), he is a distant third. Bush has dropped out.

There are reports Republican leaders are resigned to a Trump victory, believing Cruz and Rubio have split the vote and there’s no time left to change that. Oddsmakers are predicting Trump will take the nomination. Credible pundits are talking about how he could become president (mostly by winning the predominantly white and economically distressed Rust Belt). One pollster has him taking 25 per cent of decided Democrats.

What would a Trump presidency look like? In terms of tone, it is hard to imagine that the same bigotry and bombast would continue. But then again, who would have thought it was going to continue through every minute of his campaign?

His platform? The infamous wall would be easy enough to build. It’s far less likely that he would get the Mexicans to pay for it. But there is enough bilateral trade; he could conceivably carve off that pound of flesh elsewhere. Regardless, it won’t change much. Net migration from Mexico is now below zero. The rest of his immigration plan is achievable, if not entirely sensible. It includes dramatically increasing enforcement, and reducing refugees and certain categories of migrants such as those with degrees in science, technology, engineering and math.

Related: What Trump doesn’t get about the Pope—or Mexico

For health care, Trump is mostly within the Republican consensus (repeal Obamacare, encourage more competition and expand health savings accounts) with one notable exception: a safety net for the poor and uninsured, a liberal proposal not held by any other Republican candidate.

His plan to reform Veterans Affairs is actually very progressive and doable, in theory. But several presidents have failed to fix the VA; it seems unlikely he could do better.

Trump promises to protect gun ownership; and that should be easy enough. Interestingly, he ties this to improving mental health care, another surprisingly progressive idea.

His proposals to reform and simplify the tax code are laudable and theoretically possible. But the tax cuts would reduce annual federal revenues by at least $1 trillion. His economic plan is based on ridiculously high GDP growth rates, not seen since the Second World War. Most analysts believe he would add trillions to the national debt.

In regards to foreign policy, Trump’s intentions are more nebulous. Other than getting tough with China, renegotiating trade treaties and shooting terrorists, it’s hard to find many specifics.

Thankfully, Canada has escaped Trump’s attention so far. We could expect a reduction in cross-border visas, and attempts to reopen various trade agreements. He has promised not to build a wall, for what that’s worth. But who knows? Faced with falling poll numbers, is it that hard to imagine Trump launching a distracting invasion of New Brunswick to “finally settle” our centuries-old Machias Seal Island dispute? (I kid. Mostly.)

But this is just frothy speculation. If he wins the nomination, pollsters and election markets predict Trump would lose the presidential race badly. Even if he did manage to find a winning path through the Electoral College, the checks and balances of the Constitution were designed to prevent a rogue president from running amok. His promise to require American Muslims to carry special ID, for example, would go nowhere. His tax plan would leave little money and less room to manoeuvre. And bipartisan opposition to Trump would create so much gridlock in Congress he wouldn’t be able to change the drapes in the White House. Right? I mean, it has to, right? My God, I can’t believe we’re even discussing this. I need a drink.