How does impeachment work, and could it happen to Donald Trump?

Impeachment is only the first step in a chain of events that leads to removal from office, but that’s unlikely to be set off any time soon 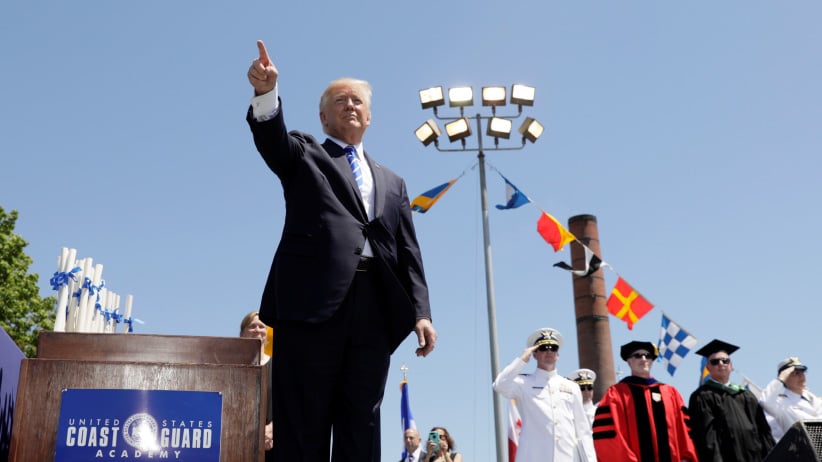 What would it take for president Donald Trump to be removed from office by the United States Congress? He would have to be impeached—but that’s only the first step in a chain of events that’s unlikely to be set off any time soon, according to one expert in constitutional law.

To remove a president, a majority of the House of Representatives must first vote “yes” on one or more of the articles of impeachment introduced before them. The process then moves to a Senate “trial” presided over by the Chief Justice of the Supreme Court, in which arguments are presented by the House (in favour) and the president’s defence team (presumably against) a finding of guilt. If two-thirds of the Senate vote to convict, then the President is removed from office and replaced by the next eligible person in the line of succession—in this case vice-president Mike Pence.

“Despite some of the terminology, it is mostly a political decision rather than a legal decision,” says Louis Michael Seidman, the Carmack Waterhouse Professor of Constitutional Law at Georgetown Law. The constitutional grounds for impeachment include treason, bribery, and “high crimes and misdemeanours.” That last category “refers to political offences and not necessarily violations of the criminal law” according to scholars who have studied it, Seidman says. So a president may be impeached for actions that would not lead to indictment and conviction under the regular legal system.

Perceived conflicts of interests with his business holdings and the firing of FBI director of James Comey are just some of the offences critics have cited as grounds to impeach Trump. It’s not necessary to show that the president violated a specific law or statute, Seidman notes. “There are range of constitutional and sub-constitutional norms that we expect our president to adhere to, and if those are seriously abused, I think that is sufficient grounds for impeachment.”

No president has ever been removed from office by Congress. Two have been impeached. It happened in 1868 to the never-elected Andrew Johnson—he took the Oval following the assassination of Abraham Lincoln—for replacing his Secretary of War in violation of a law passed by Congress specifically to prevent him from doing so. Bill Clinton was also impeached, in 1998, for lying about an affair with then-White House intern Monica Lewinsky. Both were acquitted by the Senate. The closest to impeachment a president has come apart from those two instances was Richard Nixon, who Seidman says likely would have been removed from office via this measure had he not resigned from office.

Siedman does not expect Trump’s name to be added to the list any time soon, because the president’s party controls the lower chamber of Congress. “It’s possible it could happen after 2018, if the House were to be taken over by the Democrats,” he says. “But we’re not anywhere near there yet in terms of the political circumstances that would support an impeachment.”