How much security will be at Donald Trump's inauguration?

Amid vastly higher numbers of expected protests, Washington D.C. is fortifying itself the best it can 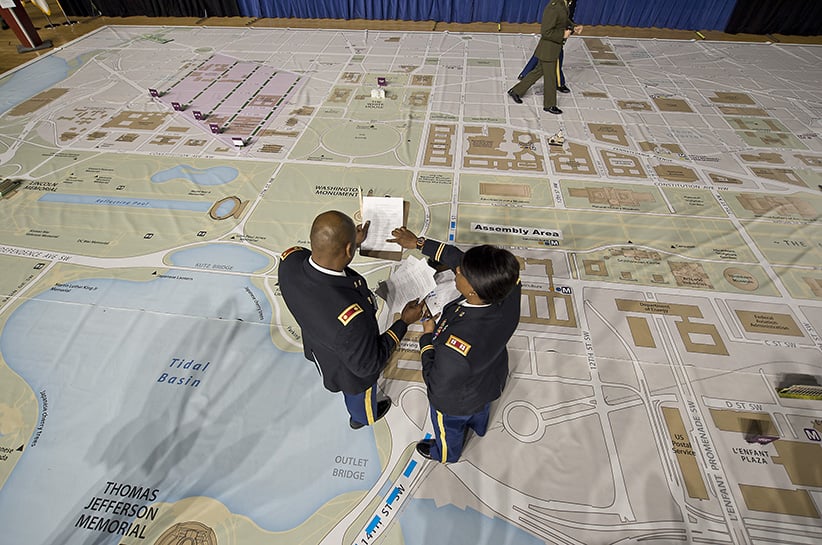 Lots of it. One reason why the cost of inaugurations keeps going up is that security measures get ever more rigorous: George W. Bush’s inauguration in January 2001 was the first where visitors had to pass through security checkpoints, and things got even tighter after Sept. 11. For Trump’s empowerment ceremony, areas will be searched for explosives or anything else that might look suspicious, several subway stations and streets will be closed down, 3,000 police officers will be added to the city patrol, and a Secret Service representative told the public to expect “multi-layered buffer zones around all our protected sites, as well as the motorcade routes and the parade route.” These buffer zones will be made up of manpower as well as physical barriers, which have gotten more creative in recent years: On New Year’s Eve, New York City used trucks filled with sand. The Secret Service hasn’t announced specifically what they’re going to use to block entry, but expect it to be something heavy that can’t be tipped over.

This kind of fortification will be especially necessary since the Trump inauguration is likely to be the most vigorously protested since 2001, when many people came out to contest the legitimacy of Bush’s election. Groups need to get special permits to protest an inauguration, and USA Today reported that “at least 26 protest groups are seeking or have been granted permits—more than four times the average number for past inaugurations”—despite complaints that the National Park Service had been too slow to grant permits for protesting on public land.

Because there will be many anti-Trump and pro-Trump visitors to the city, officials are placing a high priority on avoiding “violent clashes” between pro-Trump and anti-Trump forces. That could mean, in some cases, arresting people or shooing them away if it looks like trouble is starting; Washington’s deputy mayor for public safety and justice announced that “we aren’t expecting mass arrests,” but that the police are “planning for the possibility” in case something unexpected happens. And there will also be people handing out free pot, though we wouldn’t advise making the trip just for that purpose. Still, the mayor of Washington, Muriel Bowser, has said that arresting marijuana smokers on inauguration day “wouldn’t be a priority.” So there’s one group that will be happy that day.