How Obama's bad night might be good news for Harper 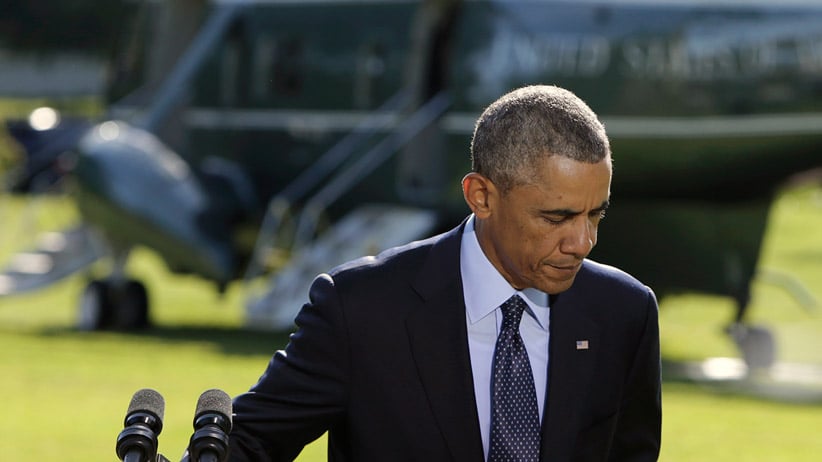 It was a bad night for U.S. President Barack Obama—and, arguably, a good one for Prime Minister Stephen Harper—as Republicans took back control of the U.S. Senate in Tuesday’s mid-term elections. The President’s low approval ratings, and a second term beset by crises, from migrant children to Ebola to war in Syria and Iraq, had made him a drag on several tight races.

The President noted that the electoral map was stacked against Democrats. Several long-time Democratic senators in conservative states such as Montana, West Virginia and South Dakota, were retiring, and others were defending seats they’d gained in 2008 at the height of anti-Bush sentiment. “This is possibly the worst possible group of states for Democrats since Dwight Eisenhower,” Obama himself complained on a Connecticut radio station, WMPR, on election day.

In battleground states such as Kentucky, Arkansas and Alaska, Democrats ran by distancing themselves from the President. But, in doing so, they found it hard to mobilize the Obama base of young people and minority voters. But, while the electorate showed disenchantment with Obama, it was hardly enamoured with the Republicans. Large majorities of Americans told pollsters they disapproved of how congressional Republicans were doing their jobs. According to exit polls, 55 per cent disapproved of Obama, while 80 per cent disapproved of the job being done by congressional Republicans. 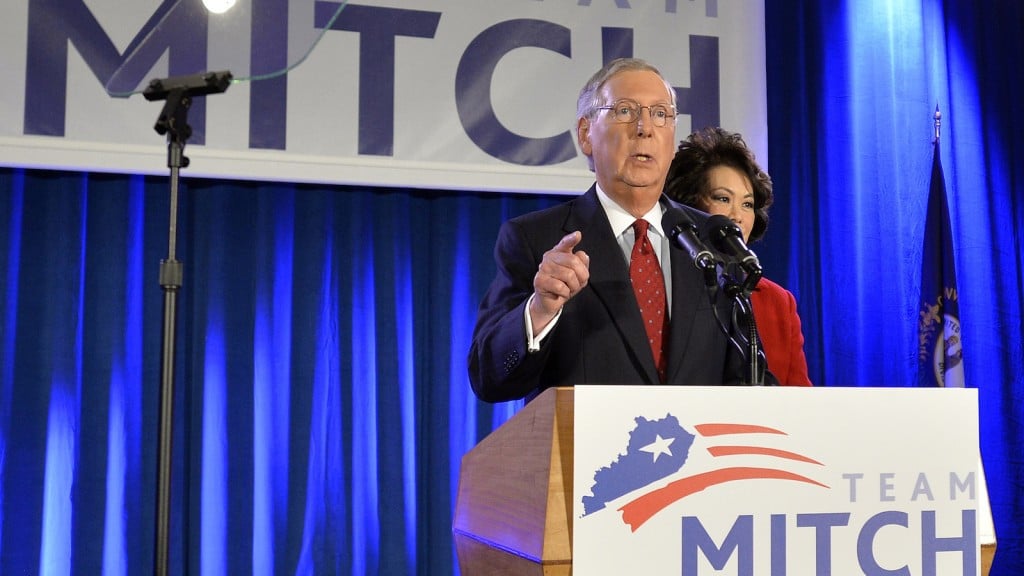 A big winner of the night was Mitch McConnell, the 72-year-old Republican leader in the Senate. McConnell first had to fight off a bruising battle against a Tea Party-backed conservative who challenged the five-term senator for the Republican nomination. He then faced 35-year-old Democrat Alison Lundergan Grimes, who began the contest with a lead in the polls and sought to distance herself from the unpopular President to the point that she refused to say whether she had voted for him. But McConnell attacked her as an acolyte of Obama, who’s unpopular in Kentucky for his tough environmental regulations on coal power, dubbed a “war on coal.”

Republicans had signalled that energy issues would be among their priorities if they took control of the Senate. They said they would bring up legislation that would approve the Keystone XL pipeline from Alberta’s oil sands. By replacing Democratic senator Mark Udall of Colorado with Republican Cory Gardner, Republicans gained a 60th pro-pipeline vote, making their majority filibuster-proof. (To overcome a presidential veto would require 67 votes. However, Senate Republicans have talked about a strategy that would combine pipeline legislation with must-pass government funding, though no specifics have been hammered out.)

Another favourable result for Canada was the election of Democratic congressman Gary Peters to the Senate. He has been a strong advocate for Canada’s planned new bridge between Detroit and Windsor and introduced legislation to fund a $250-million U.S. customs plaza—one of the remaining obstacles to the bridge project, which Harper says is the top infrastructure priority for Canada.

How a Republican Senate will work with the President remains to be seen. In his victory speech, McConnell blamed the Obama administration for weakening the country at home and abroad, but then said he was open to co-operation: “We have an obligation to work together on issues where we agree. We have a duty to do that.” One area of co-operation might be in passing trade agreements, such as the Trans Pacific Partnership. On the other hand, a Republican majority has the power to block the President’s judicial and executive appointments, which require Senate confirmation.

Morever, Obama aides stated that the President would remain “defiant” in his desire to push through his own agenda—including a long-promised reform of the immigration system. Obama has indicated he may use executive power to stop deportations of millions of undocumented labourers in the U.S. The President will move forward on immigration reform, “no matter how big a shellacking Democrats get tonight,” ABC News reported, quoting White House aides.

Republicans said such a move would poison relations with the White House for the rest of the President’s term. “It will say he wants confrontation, not co-operation, and basically stick his finger in the eyes of Republicans,” said party strategist Karl Rove, speaking on Fox News.

After a $4-billion election—the richest in U.S. history—the leadership on Capitol Hill may have changed, but the partisan bickering remained the same.