Inside the mind of Trump's Canadian speechwriter 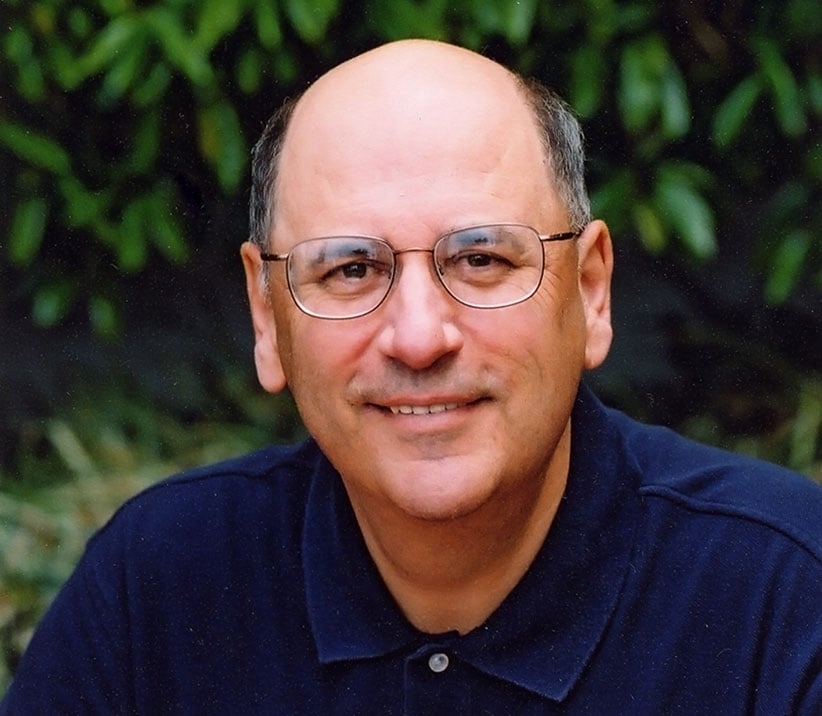 For millions of Canadians aghast at the election of Donald Trump, the American voters’ choice of their next president seemed not just astounding, but entirely foreign—perhaps comfortingly so. While federal Conservative leadership aspirant Kellie Leitch might talk in a Trump-like vein about subjecting would-be immigrants to some sort of values test, she is easily dismissed as an outlier. Our more traditional, well-mannered Tories would never, Canadians might reassure themselves, slide toward the U.S. president-elect’s angry brand of right-wing populism.

Yet in Trump’s own circle, at least one distinctively Canadian conservative voice is being heard. It belongs to Frank Buckley, who has been a law professor at George Mason University in Arlington, Va., near Washington, since 1989, but was born and raised in Saskatchewan and studied at Montreal’s McGill University, where he also taught law before decamping to the States. The 68-year-old is a known quantity in U.S. right-wing intellectual circles, through his books and frequent commentaries in The American Spectator.

In an interview, Buckley declined to comment on details of his involvement with the Trump campaign. Another Canadian expatriate, David Frum, a senior editor at The Atlantic, who used to write speeches for former Republican president George W. Bush, has described Buckley as a “Trump supporter, and sometime speechwriter.”

Buckley’s speechwriting for the Trump campaign came to light in an odd way. Back in July, at the Republican National Convention in Cleveland, Trump’s son, Donald Trump Jr., delivered a speech with phrases that seemed to be lifted straight from Buckley’s writing. Rather than let a charge of plagiarism stand, Buckley revealed to reporters that he, in fact, wrote that speech. He is also thought to have been influential last spring on the senior Trump’s first key foreign policy speech, and Buckley is also a prominent member of a group that calls itself “Scholars and Writers for Trump.”

It might seem that he just happens to be a transplanted Canadian conservative who has taken up with a particular group of right-wing American professors and pundits. But Buckley’s roots in Canada are more than merely incidental to his thinking. His last two books feature important Canadian content, and he says there is a direct link between that perspective and his high hopes for the Trump presidency. He argues that Canadian immigration policy could be a guiding light for the new administration, while the way Canadians view their prime ministers offers important lessons for limiting the executive clout of American presidents.

Buckley’s most recent book is called The Way Back: Restoring the Promise of America. Published last spring, it argues that a decline in social mobility in the U.S. has undermined the essential American dream that everybody has a chance to get ahead. “When the Yanks look at it, they’ll say, ‘Oh well, you know, this is a consequence of globalization, it’s a consequence of the move to an information society,’” Buckley says. “High-paying jobs go to highly educated people.” 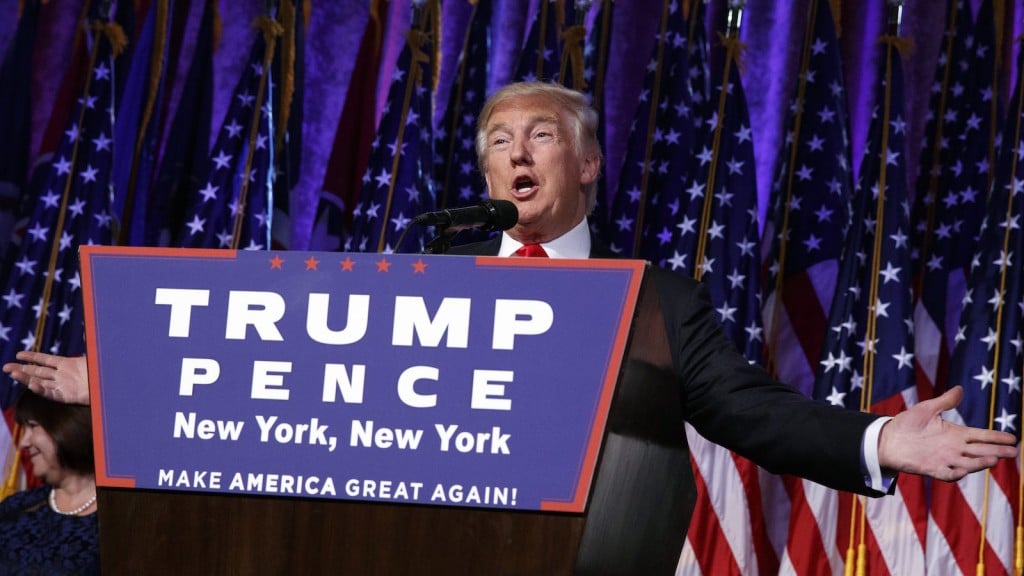 But if the U.S. trend toward the rich staying rich and the poor staying poor is really based on underlying changes in technology and global competition, Buckley asks, why has social mobility remained much better in Canada? Key studies, including research by the University of Ottawa’s Miles Corak, show inequality isn’t as entrenched in Canada, even though Canada is just as exposed as the U.S. to new technology and international pressures. “So the American dream isn’t dead,” Buckley says. “It just moved to Canada.”

He concludes that a major factor explaining the difference is Canadian immigration policy. Starting in 1962, federal policy emphasized accepting immigrants based on their skills, and in 1967 a “point system” was introduced that rated would-be immigrants on factors including education, occupational skills, employment prospects, age and proficiency in English and French. To this day, Canada accepts a far larger proportion of immigrants than the U.S. does based on the likelihood that they will succeed economically. Buckley calls it “a system Donald Trump would love.”

He also argues that American elites tacitly approve of immigration policy that provides a low-cost workforce, including “cheap labour for upper-class households that require maids.” Meanwhile, low-income Americans, including many African Americans, face tough competition for jobs from newcomers willing to accept very low wages. Whatever one thinks of his argument about the importance of immigration policy, Buckley’s emphasis on inequality and lack of mobility is hardly unique. French economist Thomas Piketty’s 2013 book Capital in the Twenty-First Century sparked extensive debate about the concentration of wealth. Buckley credits Piketty with flagging an essential issue, although he says the French thinker “has no understanding whatsoever of American society.”

Buckley’s previous book, published in 2014, is called The Once and Future King: The Rise of Crown Government in America, and tackles the concentration of power in the hands of presidents and prime ministers. He started from the observation that parliamentary democracies, rather than presidential systems, tend to score better in international comparisons of the levels of freedom in different countries. To Americans, that might seem surprising. Their national mythology puts huge importance on the “checks and balances” system that places the president outside Congress, largely so the legislative branch can counterbalance presidential power.

Buckley argues it doesn’t work that way. “The separation of powers, which was meant to restrict the president’s authority, has instead served to shield him from congressional oversight,” he writes. In the interview, he relied on Canadian memories to illustrate how a prime minister is subjected to more impolite opposition scrutiny in question period than any president routinely faces. As well, he noted that a prime minister can be forced out by a revolt of disgruntled MPs in the government caucus, which was the fate of Britain’s Margaret Thatcher in 1990.

Then there’s the way Americans make their presidents a vessel for national identity. “If there is a tragedy, it requires a healing speech from the president, and if there’s a great discovery or novel, it requires a presidential medal,” he says. “And it makes me barf.” He much prefers the way Canada’s constitutional monarchy encourages citizens to “invest our emotions in these frankly somewhat absurd members of the House of Windsor, as opposed to a person who can really do you harm.”

On the subject of a person who might do harm, Buckley’s optimism about the Trump presidency would strike many Canadians as startling. But that’s not because he buys into the theory that Trump will end up being tamed by more conventional Republicans with long track records as Washington insiders. “Those stories are put out by Washington insiders,” he says, laughing. “The wish was father to the thought.”

He puts a lot of weight on the influence of Alabama Sen. Jeff Sessions, whose circle of aides and advisers appears to have considerable clout in Trump’s transition team. Sessions is “just a wonderful, wonderful, mild-mannered guy,” Buckley says. (David MacNaughton, Canada’s ambassador to Washington, told reporters recently that he had a “long and productive” conversation with Sessions last month.)

On Trump himself, Buckley excuses comments that many Canadians and Americans find disgraceful. On his remarks about grabbing women, for instance, Buckley says, “If one is of a certain age . . . many of us have probably said very, very improper things as well.” The difference, he adds, is that politicians and professors learned not to talk that way, but not real estate moguls. “He was out where those edges don’t get worn away.”

Even Buckley, though, thought Trump crossed a line when he said Indiana-born Judge Gonzalo Curiel shouldn’t be allowed to hear a lawsuit against Trump University because he is “Mexican.” In that instance, Buckley says he “protested privately to the campaign and publicly.” Beyond that, though, privately and publicly, he is one Canadian solidly in the Trump camp.