Is Donald Trump trying to lose?

The Republican nominee is saying all the right things to sink his campaign. But there may be a method to his madness. 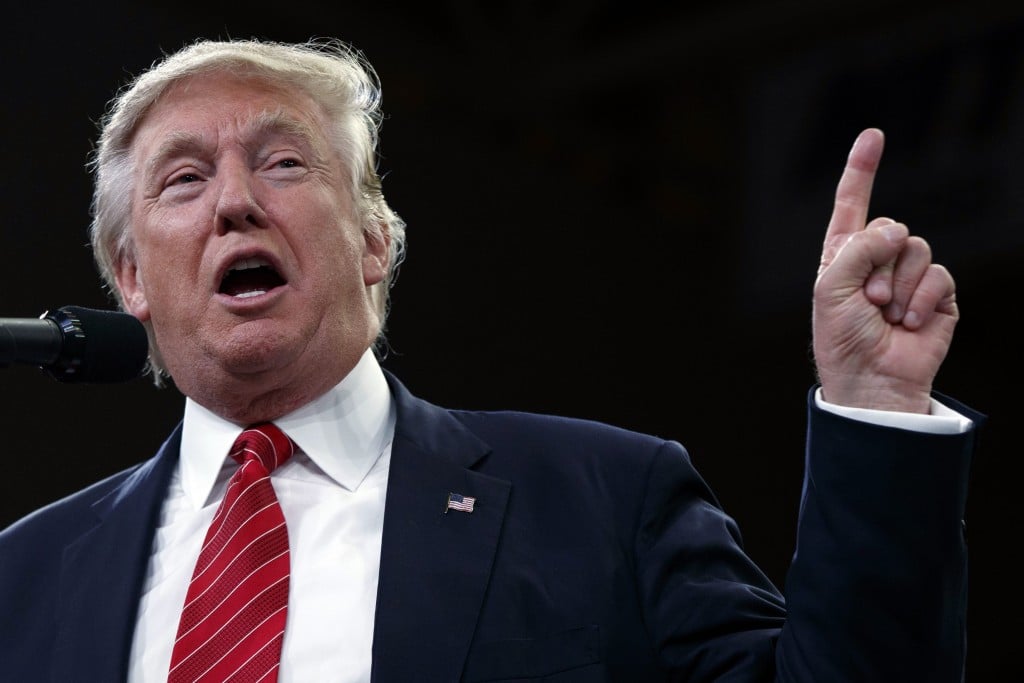 Donald Trump says the kinds of things few modern politicians would ever consider saying, even in private, on a daily—sometimes hourly—basis. Trump’s supporters have so far greeted his statements mostly with apparent glee. His detractors, on the other hand, have gone through a range of reactions, from initially dismissing him entirely, to then speculating that he would alienate himself too much to ever win the Republican nomination to, now, suggesting that his outrageous statements might signal that he doesn’t even want the presidency at all.

This latest theorizing has its strongest roots in a comment from the former communications director for the pro-Trump Make America Great Again super PAC. “I don’t even think Trump thought he would get this far. And I don’t even know that he wanted to, which is perhaps the scariest prospect of all,” Stephanie Cegielski wrote for xoJane back in March. Last week, David Axelrod, the former senior adviser to President Barack Obama, speculated along a similar line. Axelrod qualified some of Trump’s more recent comments—like his purely fanciful claim that the NFL had sent him a letter regarding scheduling of football games that coincide with fall debates— are “crazy stuff.”

“If Donald Trump were trying to lose this election, and I’m not saying he is, but if he were, I’m not sure he’d behave any differently than he has in the last few days,” Axelrod told CNN.

Could the Trump campaign be too unwieldy, too impossible, too ramshackle and weird for even Donald Trump to maintain? Is there some other goal that he has in mind? Like, say, launching a TV channel, for instance?

If Trump does want to throw his campaign, the latest polling figures seem to suggest it is finally working. The slide seriously began in the last couple of weeks, and may have been prompted most by Trump’s open and public bickering with Khizr and Ghazala Khan, the parents of a U.S. Muslim soldier killed in Iraq in 2004.

Around the same time, Trump gave an interview with the New York Times in which he displayed an almost callous disregard for the traditional role of the United States on the world stage, and in particular within NATO. A few days later, during a press conference he suggested that Russia ought to use hackers to access missing emails from Hillary Clinton’s personal server. “Russia, if you’re listening, I hope you’re able to find the 30,000 emails that are missing. I think you will probably be rewarded mightily by our press. Let’s see if that happens, that’ll be next,” he said.

Soon after that, the host of MSNBC’s Morning Joe, Joe Scarborough, revealed that “a foreign policy expert on the international level went to advise Donald Trump. And three times [Trump] asked about the use of nuclear weapons. Three times he asked:  if we had them, why can’t we use them?” The comment was met with what is perhaps the most uncommon thing heard on U.S. cable news: total silence.

This comment has sparked a national debate over whether Trump merely meant that the pro-gun lobby in the U.S. is very strong, or whether he was suggesting that someone ought to shoot Clinton. And while it does matter very much which it was, what is equally worth noting is that such a debate exists at all. For, in what conceivable universe should Americans be seriously wondering whether a presidential candidate called for the assassination of another? The answer is: Trump’s universe.

It is normal to believe the goal of Trump’s campaign is to place him in the White House. In that case, all of these comments appear to be completely counter-productive. But what if he’s not throwing his campaign, so much as living his own reality—a reality in which his campaign serves a different purpose altogether?

There is something else that Trump has been saying a lot lately: that the election result in November is already fixed. The first time this theory made headlines was during a rally on Aug. 1. “The election is going to be rigged,” Trump said. He later told Fox News’s Sean Hannity: “I’m telling you, Nov. 8, we better be careful because that election’s going to be rigged. And I hope the Republicans are watching closely or it’s going to be taken away from us.” He then repeated the assertion to the Washington Post, saying, “If the election is rigged, I would not be surprised.” Expanding on how, he said, that “the voter ID situation has turned out to be a very unfair development. We may have people vote 10 times.”

Perhaps for Trump the point is not about the presidency, but the system that surrounds it. Cegielski, Trump’s former communications director, wrote in March that she was told early on that “the goal was to get the Donald to poll in double digits and come in second in delegate count. That was it… His candidacy was a protest candidacy.”

What if it still is?

In 2014, Buzzfeed’s McKay Coppins spent nearly two days with Trump, after which he concluded Trump’s repeated threats to campaign for the presidency were “a sham.” This year, Coppins revisited his piece, writing that “what had most struck me during my two days with Trump was his sad struggle to extract even an ounce of respect from a political establishment that plainly viewed him as a sideshow. But what I didn’t realize at the time was that he’d felt this way for virtually his entire life—face pressed up against the window, longing for an invitation, burning with resentment, plotting his revenge.”

Could this be what Trump is still protesting?

What if the universe in which Trump is campaigning is one where the point of his campaign is not the presidency, but to convince the world that he is righteous and worthy, and the system that has for so long rejected him—even openly mocked him (Obama ridiculed Trump to his face at the 2011 White House Correspondents Dinner)—is lousy?

If this were the case, wouldn’t a self-funded, audacious and rampaging political campaign, with its open disdain for all the things that this unassailable political system holds dear—things like diplomacy, even-handedness, political correctness—be one way to do it?

The thing that’s most important in protest is making a point. As long as enough people show up to endorse that point, it cannot fail. Trump, Cegielski wrote, “does not fail.” He may have simply created a reality in which, no matter what happens—win or lose—for once, the system failed and Trump succeeded.