Is NAFTA a goner? Don't bet on it. We've heard this before.

Evan Solomon on whether we should trust the anti-trade promises from the cynical U.S. campaign trail

Listening to the heated, sometimes ill-informed campaign rhetoric in the U.S., especially from one candidate (do I really need to name the best-known man in the world?), it’s hard to believe that the North American Free Trade Agreement is going to survive. America-first isolationism is on the rise. If there is any doubt, let’s revisit the most blatant examples of the candidate’s anti-NAFTA politicking that threatens to side-swipe the Canadian economy.

In Ohio, one of the key swing states in the Rust Belt, he really hits this message hard. “I don’t think NAFTA has been good for America—and I never have. I didn’t just start criticizing unfair trade deals like NAFTA because I started running for office. I’m doing it because I’ve seen what happens to a community when the factory closes down and the jobs move overseas.”

So there it is. NAFTA and free trade have targets on their backs. Borders are about to get tighter, right?

This is podium bunkum. None of it is actually true. We know this because these quotes are not from Donald Trump—though he says almost exactly the same things now. They are from Barack Obama, when he ran for the top job back in 2008. Yes, Harvard, even Obama once thought Canada had a president. Eight years have passed and “Prime Minister” Obama—couldn’t resist—has done nothing to NAFTA. He killed the Keystone XL pipeline and there were some spasms of protectionism after his 2008 election, but his anti-trade rhetoric has done a U-turn. Now he’s championing the signing the Trans Pacific Partnership. 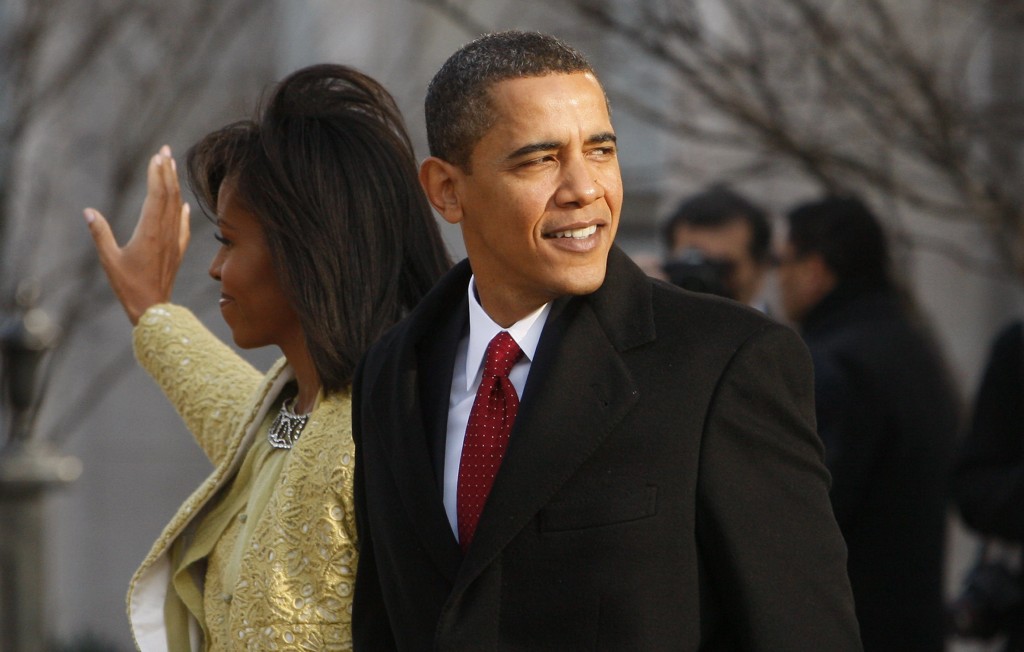 We’ve learned that what happens on the campaign trail often stays on the campaign trail, but we’re reliving 2008’s anti-trade campaign. Trump threatens to rip up NAFTA and once again Hillary Clinton, whose husband signed the deal (with her support) when he was president, claims she doesn’t like it. They say this because, like Obama, they need to appease angry, out-of-work Rust Belt voters still reeling from globalization. The race to the manufacturing bottom, where companies move to jurisdictions with lower taxes and lower labour and environmental standards, left millions of workers angry and looking for saviours. Donald Trump and Hillary Clinton have both tried to perform the political miracle of turning lies into factories. Maybe they really will rip up NAFTA, but don’t bet on it.

For Canadians watching the U.S. election, there’s cold comfort in knowing that candidates don’t actually mean what they say, but it’s depressing all the same. No wonder cynicism is swallowing the parties whole. Both Trump and Clinton are despised not only by large parts of the country, but by large swaths of their own party. Ted Cruz didn’t endorse Donald Trump? Meh. The Democrats refuse to be outdone by the Republicans when it comes to divisiveness, deceit and infighting.

WikiLeaks promptly dumped thousands of documents revealing that Debbie Wasserman Schultz—the former Democratic National Committee chair—made disparaging remarks regarding the Bernie Sanders campaign. This validated that narrative that Clinton is an insider who rigs the game. Not to be trusted. Even Sanders’s initial endorsement of Clinton, which drew boos from his supporters, had all the enthusiasm of someone asking his friends to come over to help him cut the grass. With scissors. In the rain. It was a terrible sign for Clinton, as she needs to motivate the 13 million “Feel the Bern” supporters to have any chance at winning. 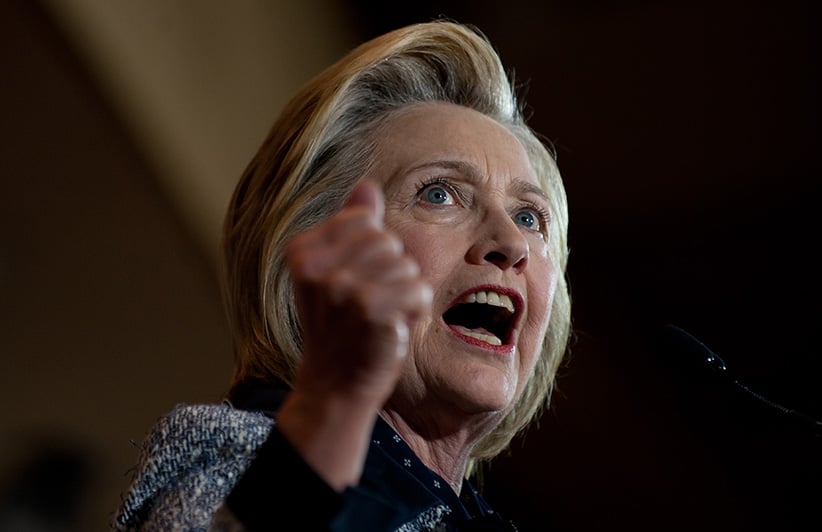 Presumptive Democratic nominee for president Hillary Clinton speaks to supporters at the International Brotherhood of Electric Workers Hall on Tuesday, June 14, 2016 in Pittsburgh, Pennsylvania. In the wake of the shooting in Orlando, Florida, Clinton is campaigning in Ohio and Pennsylvania to present her vision for a stronger and safer America. (Jeff Swensen/Getty Images)

Unlike Michelle Obama, who delivered an extraordinary speech at the convention, Hillary Clinton can’t seem to find her own voice. In trying to represent everyone, Clinton ends up representing no one, which leaves her most powerful message as a negative: at least I’m better than Trump. Trump has taken that further. He’s truly understood and embraced the opportunity presented by the culture of cynicism, and become its symbol. He will say anything, any time, anywhere. We are not immune to these dynamics in Canada, but in this U.S. election cycle it is on display in ways never before seen.

The magic of politics is to try to reimagine what is possible in the midst of the dreary reality of the practical. But watching the battle between Clinton and Trump, something darker has taken hold. Anger is better than love, fear is better than hope, despair is better than optimism.

In this election, disillusionment is one promise it looks like they’re going to keep.