Is there any chance Donald Trump won't be sworn in? 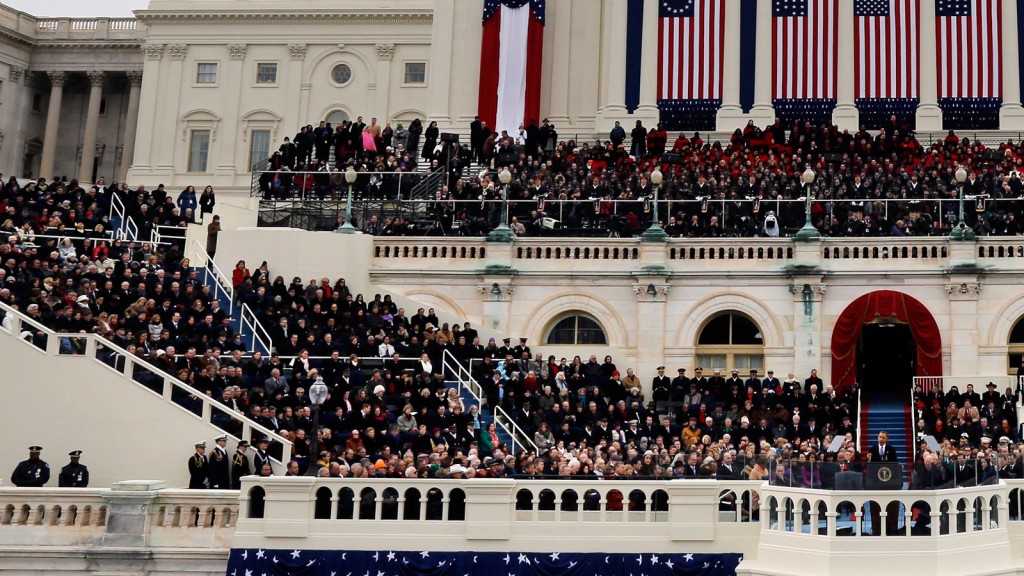 President Barack Obama speaks during the ceremonial swearing-in on the West Front of the U.S. Capitol during the 57th Presidential Inauguration in Washington, Monday, Jan. 21, 2013. (Scott Andrews/AP/CP)

Absolutely not. Ever since Trump won, there have been stories speculating on how he might be denied the job. The latest round of speculation is that unverified reports about his alleged ties to Russia might cause him to step down, but while Trump is clearly livid about the allegations, the key word there is still “unverified.”

Before that, there was a mini-industry of speculation about whether the Electoral College would vote against Trump. Not only did this not happen, but more “rogue electors” wound up voting against Clinton than against Trump. And even before that, there was rampant speculation that he would quit the presidential race rather than suffer his inevitable loss to Hillary Clinton. So if you read a story arguing that Trump may be forced out before the inauguration, maybe wait a few days before sharing it.

Though Trump is not popular by the usual standards of incoming presidents, he’s still the incoming president, and the Republican base is more inclined to identify with Trump than with the Republican-run Congress. Any attempt to investigate Trump, let alone force him out, would be the end of many Congressional careers. So it’s very unlikely any story, even one that is verified, will be enough to cause Trump to step down before he can be sworn in. Of course, you know what else was unlikely? Trump winning in the first place.